Why I Love My Kindle 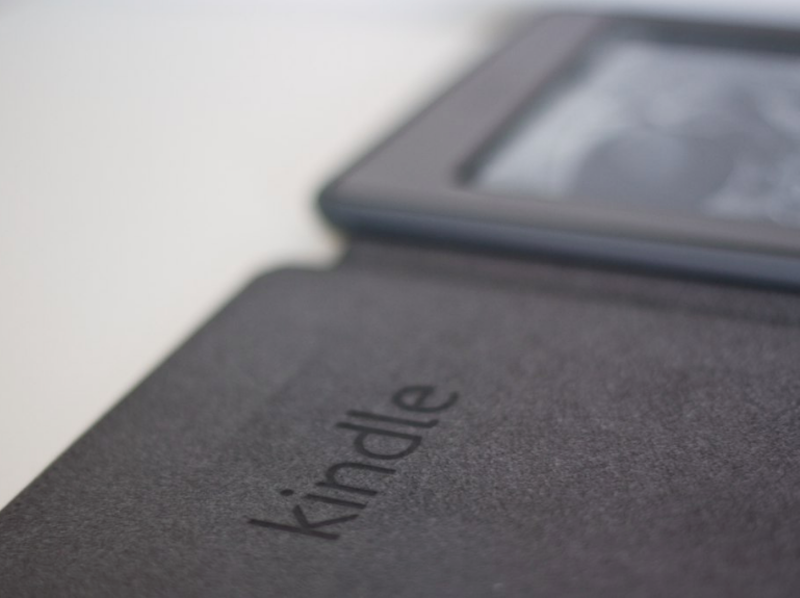 I was a confirmed Luddite in my 20s. Late to social media, I refused to own a mobile phone, and when was writing the 2009 version of my debut novel, I wasn’t connected to the Internet. My room in forensic supported accommodation must’ve been filled with upwards of 2000 books, a library I’d amassed throughout my lifetime. I collected books in the same way some people collect vinyl records. In the YouTube videos I’ve made, you’ll see stacks of books, or deliberate literary allusions to the concept of “the book.” See the shot of Helter Skelter in track two of my YouTube EP Andrew Moody’s Voguish Fiction, and in the opening of track three, there’s a deliberately fetishistic slow pan over certain titles, and a symbolic shot of a poster I used to own of John Fowles’ best book The Magus.

Print media is in decline. Even the once-vital The New York Times is resorting to clickbait (See Nicky Smith’s Splice Today article), and Rolling Stone is about kaput.

I remember speaking to a middle-aged woman many years ago, who told me her planned book about animal cruelty “had to be a bestseller.” She hadn’t written a page yet, and seeing as I’ve not heard of it, I imagine if she ever did sit down to write, she would’ve been confronted with a logistical nightmare. Writers are required to read widely, preferably without prejudice.

I’m in the process of recording my debut rap album, regularly travel by bus and train around London, so my Kindle (which cost me £60) fits snugly in my pocket, saves my place, and enables me to maneuver between titles at a swipe of my finger. If I attempted, say, to read Children of Lucifer: The Origins of Modern Religious Satanism by Ruben van Luijk in its hardcover form, not only would it be heavy and awkward to carry, I may attract unwanted attention. I’ve recently purchased many titles exceeding 700 pages, but my Kindle is easy to access, easy to contain, and is user-friendly.

I now own the collected works of Dostoyevsky and James Joyce, which cost me less than £2. I have Dante’s Divine Comedy, and Shakespeare’s The Tempest. There’s even a fabulous option of Kindle Unlimited, allowing you to borrow up to 10 books indefinitely, free of charge. You simply send one back every time you want a new title.

As somebody who’s obsessed with books, and having written a couple myself (my debut novel SMOKING IS COOL is on Kindle) I became obsessed with the Great British Novel, or more specifically, A Very British Version of the Great American Novel, this magical “book shaped object” that could change if not the world, then certainly my world, that Bret Easton Ellis considers in his meta-fictional horror novel Lunar Park.

As I composed the 2009 version of my debut novel, I’d write furiously anywhere I could, always lugging around a huge bag of books. Once, when I was sectioned under the Mental Health Act of 1983, I refused to go to the hospital unless I could take every book I owned. My motivation? I wanted to prove the existence of God. Needless to say, I was there a while, surrounded by hundreds upon hundreds of books in my sterile, antiseptic bedroom.

Jordan Peterson, the Canadian clinical psychologist and bestselling author of 12 Rules For Life: An Antidote to Chaos (I bought it for my Kindle, but found it to be of most use for insecure Millennials, and a little dull) writes that it’s important to sort your own house out first, and also to assume that other people have something to offer you.

In the introduction to Knut Hamsun’s Hunger, Jo Nesbo writes: “Some books you just don’t part with, however solemnly people promise to return them. Not because you’re going to reread them, but because you need to have them—the physical book is a memento, a milestone in your life, a baptismal keepsake, the medal you were awarded with when you swam your first twenty-five yards…”

Before I bought my Kindle, I would’ve agreed with this wholeheartedly, and even defensively. After I was evicted from my flat on Halloween 2017, I lost my book collection. There were some expensive, rare books in my library, I liked the way I’d arranged them, they were as much an aesthetic choice as an intellectual one, a way of imposing my intelligence onto any visitors.

I now only own three actual books, and don’t suppose I’ll read them. My wonderful little device has a formidable collection of books that in certain cases I never would’ve been able to find in a bookstore, saving me both time, and because e-books are cheaper, money too. As a journalist, I’ll usually read at least one book every two days, really the only reason I’ve actually suffered through two of intersectional feminist Laurie Penny’s awful books. But I also bought two of Tommy Robinson’s critiques of Radical Islamism, Milo Yiannopoulos’ Dangerous, and Ian Brady’s The Gates of Janus.

Many writers find watching YouTube videos to be a useful and quick way to attain information, but reading relaxes me, and my Kindle is a cheaper way to assess information. As I travel around London, I’m able to lose myself in a good book without anybody else knowing what I’m reading as I prepare for my next recording or gig.

I have nearly every book by the English philosopher John Gray, and he wrote something fascinating and pertinent in The Soul of the Marionette: A Short Enquiry Into Human Freedom: “Whether they are printed on paper or filed on an e-reader, books cannot give the most enlightened among us what they most need: an instantly available sensation of newly created meaning. It is only new inventions that can meet modern needs.”