Why I Kept Talking About the Doorknob 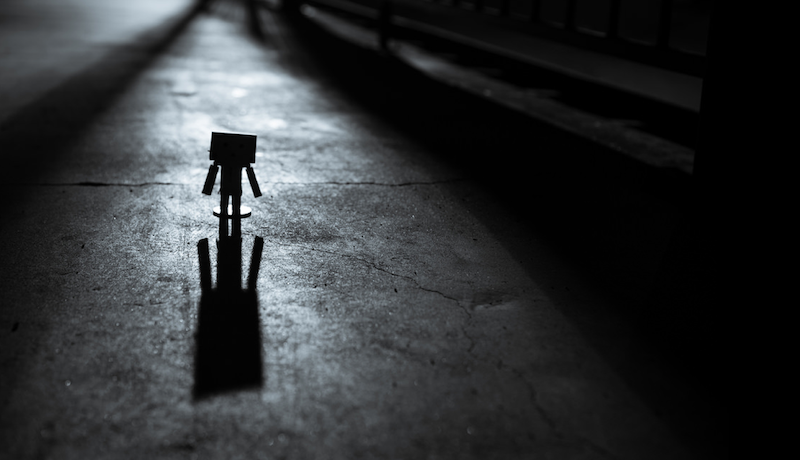 People spend a lot of time explaining themselves to each other. I was just telling my upstairs neighbor how I do not lock my apartment door by turning the disc set in the door's inside knob and then pulling the door shut behind me. I used to close my door that way, but it made too much noise—a ghastly klonkkk hanging behind me in the stairwell, early in the morning. Instead I use my key.

I told my neighbor all this, minus the purple about the noise. If my neighbor had allowed me, I would’ve added that I put the key in its slot and then pull the door shut, turning key and knob together until everything clicks home. It's an operation, and by my standards I can be proud of it. A touch is required, not the most advanced sort of touch, but one's hands must make themselves useful.

Here's a wrinkle. Despite my measure of pride, I wouldn't have revealed all this in order to boast. More like I felt duty-bound. A program was playing out, and I had to follow it unless interrupted. And I slogged through the words until my neighbor spoke up, which didn't take long. Life could go on.

The program is hard to pin down. My best guess: I want to get on record that I'm functioning. I want to show that I can do what other people do, such as closing my apartment door behind me and locking it even if doing so calls for a complete change in technique.

Apparently I take it for granted that the people I talk with will want to check up on this aspect of my life. I don't think they're especially interested, just that they have supervisory duties. For instance, I don't think my neighbor takes an interest in door-closing techniques or differing approaches to sound management in apartment hallways. He just needs to know the necessary for judging my level of development.

Which, of course, he doesn't need to know. What a nutty idea to have in your head—“See, I can close the door two ways, mark that down.” We were talking just because he'd forgotten his key and needed me to buzz him in. So it's not like he arrived on the scene as a judge. But anybody shows up and a judge is what I make them. Crazy damn reflex.

Here's something: I couldn't figure out for myself that closing one's door with a massive klonkkk was a practice to be discontinued. I suspected that it was a bad thing, since I don't like making a lot of noise in the early morning. But I’d been instructed in how to close my door by my neighbor (the lady next door, not the fellow upstairs) and the building's super, the two of them working as a team. At times I have heard them talking loudly and happily out on the landing at six a.m. or before. Just a couple of times, but that kind of thing can complicate judgment. Uneasily, I continued with my program; lurking at the back of my mind was the possibility that any other way of locking the door would be far harder, and then I'd be responsible for prolonged and noisy fumbling about.

I didn't know it was time for a new door-closing technique until one morning when the super came flying out of her apartment, which is down a short flight of stairs from mine. “Comme ça, non,” she said with controlled force. (In French because we live in Quèbec.) She took the key and I received my new instructions. No mention of the old ones, of course. I'd been wrong-footed again, and you can't say anything because it sounds ridiculous.