The Kids Are Alright

They’re listening, even if you’re sure they aren’t. 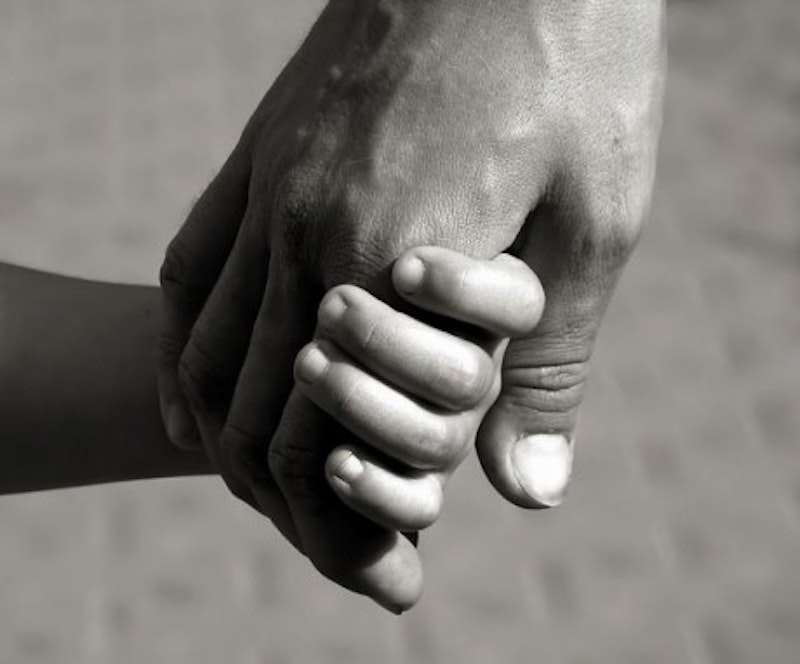 My son, who will turn eight in September, still lets me hold his hand. This is a constant source of amazement to me, that the act doesn't feel weird or embarrassing to him. Holding hands isn't a mark of insecurity for either one of us; rather, it's a practical way to guide him through crowded or complicated circumstances, where the possibility exists that I'll lose track of him. He’s like me in a lot of ways—capable of becoming lost or waylaid by a daydream at any given moment. We hold hands about half the time when crossing streets. The admonition to "look both ways first" is such a default directive that most of the time I almost don't even realize that those words are coming out of my mouth until they’re floating in mid-air, even though the fear and concern are considerable.

If memory serves, my parents somehow succeeded in boiling dozens of warnings into a single catch-all: qui dow, an expression extracted from Spanish, Portuguese, or Virgin Islands slang, I never quite found out which. It meant "be careful," and could strike anytime I was on the verge of doing something stupid: touching a hot pot on the stove, throwing a fit, antagonizing the cat, or crossing a street or parking lot without bothering to check whether anything was bearing down on me. Just thinking about that saying now makes my back stiffen.

Parenthood is repetition, and comeuppance: suddenly, after delivering the same ultimatums and threats, all you’ll want to do is apologize to your own folks until you’re blue in the face. Nothing seems to get through to children, until it actually does. You try to drive home the importance of neat handwriting, listening to the soccer coach, not leaving glasses behind at school, washing hands after playing outside, or—more significantly—looking both ways before crossing the street. You desire a very immediate reaction, a quick turn on investment, but these are sown seeds that can take weeks or months to flower, sometimes in ways you won’t expect. Perhaps you’re preparing to cross a busy parking lot to enter Walmart. Perhaps you’re in a hurry, psyched about shopping for a houseplant. Perhaps, for once, your almost eight-year-old-son is the one who waves you back to the edge, frantically looking both ways. Perhaps the student, briefly, becomes the teacher.