Who Put The Sham In The Shama Lama Ding Dong?

The art of scat singing became a sensation in 1926 when Louis Armstrong forgot lyrics. 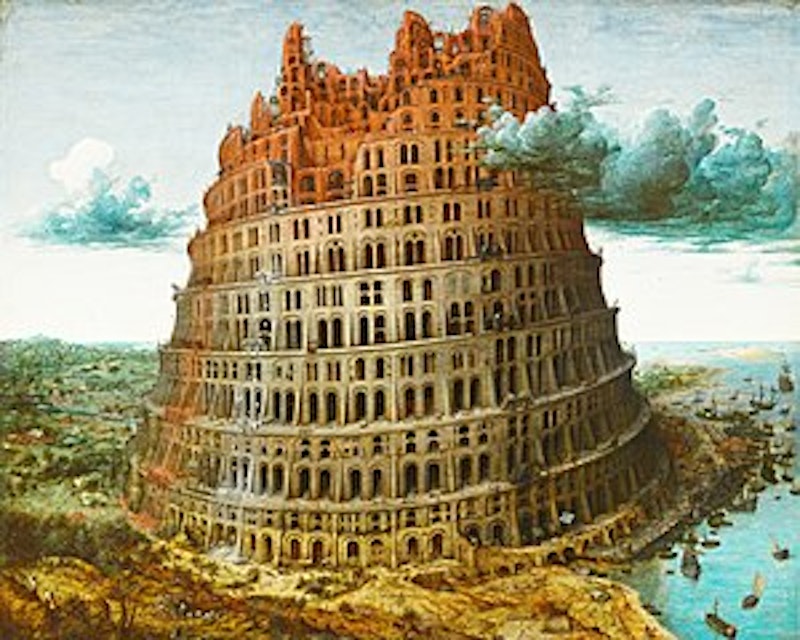 Like the ancient Tower of Babel where everyone suddenly spoke a different language simultaneously, so many words and sounds as to confuse and confound. No common colloquial query, the phrase of the title above poses the question, Who Put The Sham In The Shama Lama Ding Dong? coined by Mark Davis for 1978's hit movie Animal House. It was recorded and performed live for the film by Otis Day and the Knights, a fictional r & b band dreamed up for the sake of tripping back in time on the memory lane Hollywood nostalgia train. It was loosely based on the original song title “Rama Lama Ding Dong,” recorded by The Edsels in 1958 and used in the soundtrack of another box office blockbuster hit movie, American Graffiti. Barry Mann recorded 1961’s “Who Put the Bomp?” when he posed the questions

Who put the ram in the rama lama ding dong?

Who was that man?

He made my baby fall in love with me (yeah)

Do-wop, bebop, and the proliferation of girl bands beginning in The Roaring Twenties reaching critical mass in the 1960s, all helped contribute to the birth of nonsense lyrics. It can also be traced back to the roots of African folk songs and European drinking songs. The first recording of “Mairzy Doats and Dozy Doats” by Al Trace and his Silly Saxophonists in 1943 was a big hit during WWII and most recently a short version appeared in Twin Peaks. The character of Leland sang this chorus upon his return to the town. Scottish in origin perhaps, also maybe Irish and British.

A kiddley divey too, wouldn't you?

The art of scat singing became a sensation in 1926 when Louis Armstrong forgot the lyrics to the song “Heebie Jeebies” in the middle of the recording session and rather than stop he improvised with some verbal gymnastics, establishing scat singing as a staple of jazz vocal stylings embraced by the likes of Cab Calloway, Ella Fitzgerald, Billie Holiday, Sarah Vaughan, and Mel Torme among countless others. Thanks to The Chiffons, “He's So Fine,” with a chorus of Do Lang Do Lang Do Lang. Gene Vincent’s “Bebop A Lula,” The Silhouettes’ “Get a Job” to Bowser & Sha Na Na. “Boom Shaka laka” from Sly and The Family Stone. And who would like to forget “The Witch Doctor” by David Seville in 1958:

I told the witch doctor I was in love with you

I told the witch doctor I was in love with you

Oh, the flat foot floogie with a floy, floy,

A band called Steam gave us

Frank Sinatra crooning, Schooby Dooby Do, and a Disney movie, “Song of the South” where Uncle Remus sings Zippity Do Dah Zippity Ay. The Beatles had yeah, yeah, yeahs.

Freddy Bell and the Bellboys said Giddy Up A Ding Dong in 1956. Song lyrics with Hoochie Coochie, Boogie Woogie and Boom Boom Boom variations have hidden meanings. Many versions abound in the nonsensical music lexicon. Some allude to sex without having to say, “fuck.” Cab Calloway’s “Hi De Ho Man” could be talking about that crazy reefer man and the joys of marijuana,

Like that biblical tower where gibberish reigned supreme, the power of babble and slang join forces with the onomatopoeias plus silly little ditties in an eternal skyscraper high-rise of song.