Who Can Afford to Read? 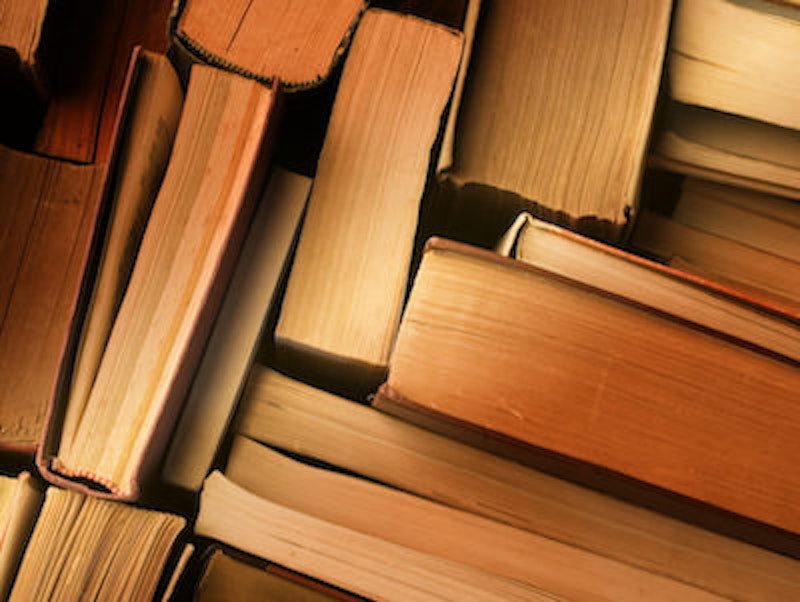 Something very scary is happening to reading. To understand what’s going on, and why it’s so wrong, you need to start with a little bit of philosophy and math.

The German philosopher G. W. F. Hegel once claimed that, of all media, the most advanced was text; the highest form of text, he argued, was the genre of philosophy. This isn’t a surprising claim for a German philosopher to make, since it puts him right at the pinnacle of everything. Hegel’s reasoning, however, is nothing to chuckle at. If what makes human consciousness special is our capacity for abstract thought—extrapolating ideas from the stuff of experience—then the most concentrated form of shared consciousness is text. Books, in other words, contain more thinking than anything else.

This is easily provable by comparing text’s digital footprint to other media. Our Mutual Friend by Charles Dickens, sans illustrations, is a text file 1.8 MB in size. Decoding the information contained there will take an average person over 26 hours of concentrated reading. A Blu-Ray film, which can be consumed in two hours, is approximately 48 GB. That means that Dickens’ novel is more than 340,000x denser with information per megabyte.

Let’s look at it a different way, in case that seems oddly arbitrary—as if video just “happens” to need more bandwidth than writing, but is otherwise equivalent. Suppose you watched video footage of everything that a biologist saw, in the wild, while studying a family group of chimpanzees. Assuming you’re not a biologist yourself, you’d probably get bored after a while—after, say, 15 hours of watching bonobos just hanging out. So when the biologist turns that footage into a movie, she adds a voiceover, explaining the significance of the sequences you eventually see. That’s fine for your purposes, since you assume she’s telling the truth. For the scientific community, though, it’s not nearly enough. She has to document everything: her references, methodology, “raw data” and her conclusions.

All her research has to be written down, and vetted by other experts, before anyone will release a movie about her. Without that mountain of text, and the rigorous conventions and standards to which it conforms, neither the footage from the jungle—nor her living and working there, covered in mosquito bites—will “mean” anything at all to the rest of us. It’s nice to hear David Attenborough narrating a beautiful nature scene; it feels immediate. But it’s important to remember that heaps of books inform his every scripted word.

A book is like any other commodity. Its price is determined by numerous factors, including the value of keeping something out of another person’s reach. That’s why it’s so expensive to buy a membership to a country club. The cost isn’t just determined by the overhead required to maintain the club, or by the total number of people it can accommodate. The price deliberately seals the club off so the grubbier strata of society can’t get in. The same thing is happening to reading, and it’s happening right now.

If you glance over the op-ed pages of big national newspapers, you’ve probably read multiple articles about the decline of the humanities. They’re well-meaning articles, but they always forget to mention that the humanities are doing fine among the one-percenters. I’ve been an English teacher at independent (private) schools since 2004. In 15 years, I’ve never had a student, parent, or administrator question the value of reading literature, the status of the “canon,” or the practical utility of writing critical essays. In fact, here in the Hamptons, I can (and do) charge over $100 per hour for private lessons in reading and writing. I now work mostly with kids who are tremendously excited to be readers. When I was teaching at UC Irvine, however, and working with the graduates of our public schools, I had to swim against currents of doubt, apathy, and cynicism every day.

Real literacy includes active habits of reading and a respect for style and original thought. As that grows rarer, something I’d term “pseudo-literacy” takes over: reluctant reading, largely undisciplined writing, and the willingness to plagiarize. It’s bad enough that the economic risks of a good institutional education in the humanities are simply too high for most Americans. But we’re also making it increasingly difficult for people to educate themselves.

Books are becoming luxury items. E-books, which cost basically nothing to duplicate and distribute, are sold at artificially high prices; there are countless examples of books on Amazon that are cheaper to ship and own on paper than on Kindle. The system is self-reinforcing. The only people who can afford to consume books as voraciously as we all consume movies (e.g. on Netflix) and music (e.g. on Spotify) are, by any contemporary standard, very affluent. They’re the same people who receive, as children, a thorough education in the power reading bestows. And, closing the loop even tighter, we now have a publishing industry that’s pricing its wares like a country club. Ask yourself: why is there nothing comparable, for e-books, to the streaming services that deliver other kinds of media? Or try “Kindle Unlimited” free for 30 days. Not finding, among so many titles, a single book you want to read is an agony worth experiencing firsthand.

Even libraries are changing. As brick-and-mortar institutions, they’re frequently little more than the phantom limbs of dusty, neglected ideals; here in Suffolk County, when I went to one of our public libraries, the worker there couldn’t tell me how to access the building’s WiFi. Once I did get online, I sat down at one of the sparse tables, surrounded by copies of the Air Force Manual from 1985 and empty shelves in beige. Online, though, is a different story. Suffolk, like many counties nationwide, subscribes to Rakuten’s slick Overdrive service, and offers free books on Kindle to anyone with a library card. This is our substitute for a “Netflix for books,” it turns out: your public library’s virtual portal. Plenty of people besides me are online there, clamoring to read novels like Pachinko or Washington Black. The waitlists can be staggering, but the system works—as long as you’re looking for it, and Bring Your Own Device, that is. That’s the new velvet rope for readership.

Here’s my plea: do not go to a site like btdig.com and start pirating torrents full of e-books. Sure, piracy (and pirate vectors like Napster) are the reason we have Spotify and Apple Music. Piracy is also the reason we get digital releases of new movies so fast. And it’s amazing how easily one can download a torrent when the target file is 2 MB in size. I wouldn’t be surprised if many pirates use the Library page on Google Books as cloud storage for the books they steal. But, of course, such practices are deplorable. Only a yippie like Abbie Hoffman would suggest the best thing we can do right now, in the name of reading, is steal an e-book. Piracy is the single biggest threat facing the publishing industry and the authors they serve; the industry is already doing all it can to bring new readers into the digital fold. Reserving the humanities for the rich? Price fixing? What nonsense! These are all merely bulwarks against bankruptcy—regrettable, but necessary.

One is reminded of the situation in another famous republic: "Could we... somehow contrive one of those lies that come into being in case of need... some noble lie to persuade, in the best case, even the rulers, but if not them, the rest of the city?" Glaucon addresses his question to Socrates, and prods his mentor to come clean: “You act like one who shrinks from telling his thought,” he teases. “You will see I have good reason to act like that,” Socrates replies, “when you hear what it is I am thinking.”

You can read the rest in The Complete Works of Plato. It’s available for immediate download to your Kindle devices, and apps, for the discounted price of $45.