The Ethnic Dimension in Our Politics is Key 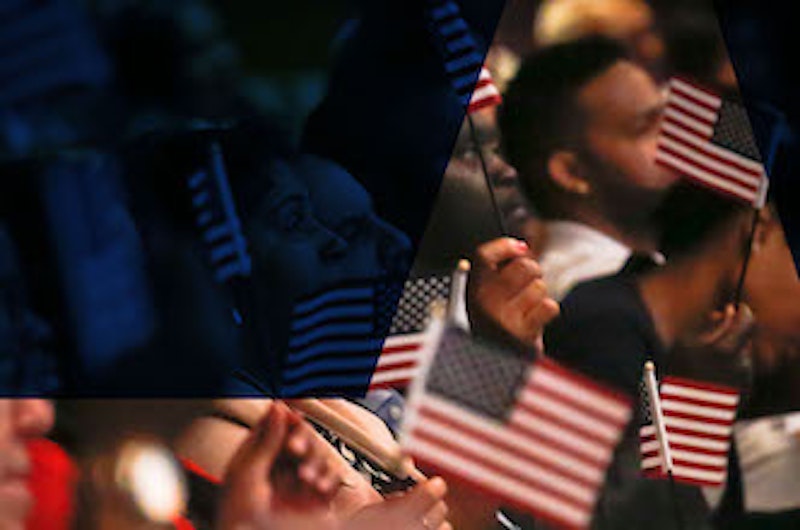 In a series of tweets this week, Professor Adrian Vermeule usefully points out that the modern Republican Party’s passion for easy citizen access to battlefield weaponry is culturally determined. The GOP has been the political expression of heartland Protestantism. And Protestantism, informed by British history, has been the heir to a tradition of what Vermeule calls “tyrannophobia.” This phobia compels its victims to amass lots of guns, just in case contemporary Americans have to fight off a usurping monarch, just as English Protestants had to use their pikes in standing up against Catholic King James II in the 17th century.

Vermuele rightfully mocks this stupid idea. No “armed citizenry,” no matter how elaborate and destructive the weapons it possesses, is going to pose much resistance to the U.S. military.

And more broadly, it’s perverse that the gun control policy of an entire nation of more than 300 million people should be held hostage by the historically-conditioned neuroses of certain members of just one ethnic group out of many, which at this point is what Americans of English Protestant descent are. (I speak as a member of that group, even if I’ve converted to Russian Orthodoxy.) These gun-worshipping idiots, with their fetish for an eccentrically particular variety of “liberty,” are getting people killed.

I’m pleased to see the emergence of a true conservatism, one that abjures the vulgar libertarianism of the Republican Party as we’ve known it—that abjures, that is, the “freedom agenda,” to quote the chimpanzee who occupied the White House as the last Republican president, the one before the Queens pimp. Our new conservative movement, rather, pursues the common good, as represented here by the crucial project of using government power to get military-grade weapons off the streets. If our government doesn’t commit itself, as a first-order bit of business, to making sure that maniacs can’t use battlefield weaponry to mass murder us in public places, then what exactly does it exist for anyway?

It’s a remarkable that Vermeule has put ethnic particularity back on the agenda. It’s a subject, after all, that we’re not supposed to talk about. We’re supposed to deny that cultural or ethnic traits exist—even when they’re admirable. Admitting that they can have negative effects in the real world is, by that measure, an anti-American heresy.

And yet can anyone deny, for example, that our foreign policy has been influenced by the particular historically determined concerns of Americans descended from the European Jews?

But forget our foreign policy. Think about our comedy. A staple of my boyhood in the 1960s and early-70s was the Polish joke. It never occured to me until adulthood to wonder why this was. Why did the Poles, of all people, deserve such derision? But of course American comedy in our time has largely been the province of Jewish comics and writers. Such men, if they weren’t born in Poland themselves, likely had parents who were. So their conception of Poles is different than the one I formulated in my own youthful dealings with the bluff, friendly, none-too-articulate kielbasa-mongers, stevedores, noseguards, and taxi drivers of the ethnic ghettos of Cleveland and Chicago.

Consider, too, what a huge effect on our history the tensions between Boston’s original Anglo-Saxon population and the Irish that poured into the city in the 19th century have had. That competition probably gave us the curse of the Kennedy family, that clan of manslaughterers and porridge-faced sophists and decadents and heroin addicts and sexual marauders. How much of the Kennedys’ relentlessly poisonous rise was due to the desire on the parts of its gangster progenitors, Old Joe prime among them, to seize the golden ring, displacing and spitting in the eye of Anglo Brahmin power?

To what extent did the politics between different Scandinavian tribes influence the development of the Upper Midwest? How is the distinct political and social environment of New York City over the centuries comprehensible in terms of the rivalries and prejudices of the Italians, Irish, Puerto Ricans, Dominicans, and Jews?

We’re living through an era of massive changes, many of them healthy. A return to honest discussion about the suppressed ethnic dimension of our politics and social life is one of them.