Where One Does Not Belong 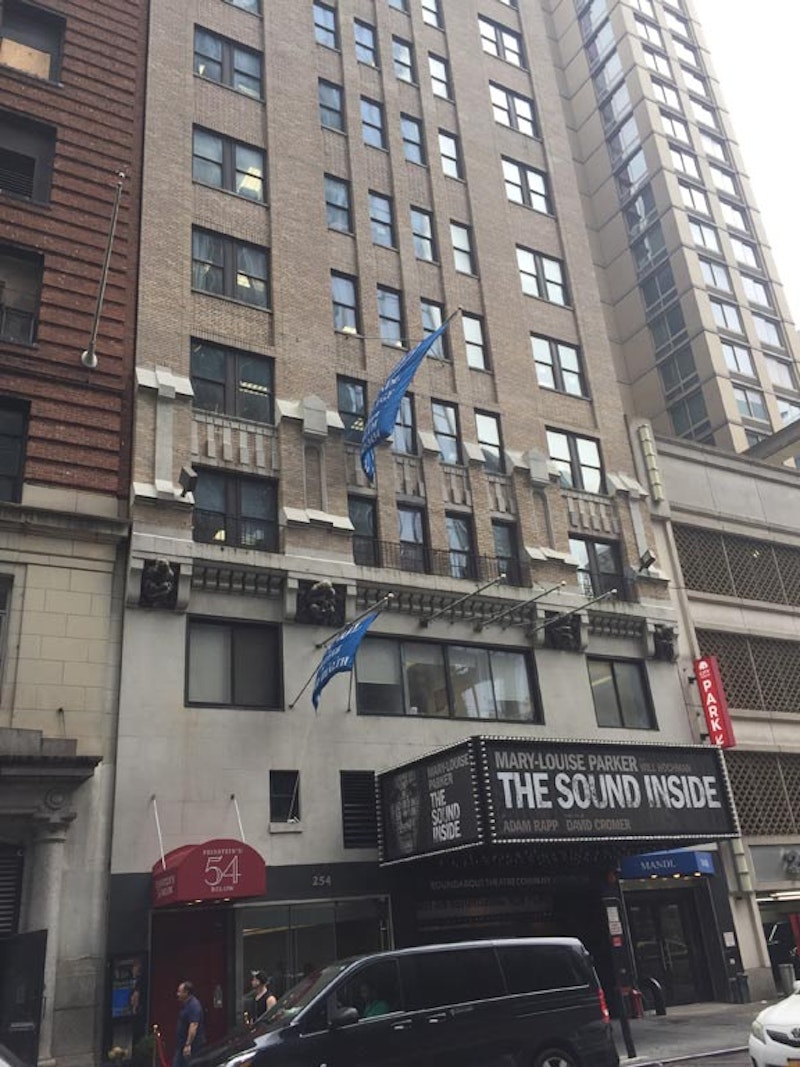 One of my favorite lines from a Bob Dylan song is in 1967’s “Ballad of Frankie Lee and Judas Priest”: “One should never be where one does not belong.” I often think of this line when friends post photos of their vacations in tropical climes, or I see commercials for vacations, cruises or casinos, where there’s swimming, snorkeling, gambling, and other recreational activities that I’d never even consider. If I ever won one of these vacations, I’d give it to someone who could enjoy it. I know what you’re thinking: “Jeez, what a fun guy he must be.”

That said, I think of the line every time I pass the Roundabout Theater at 254 W. 54th St., which I did often on the way to lunch at the Cascade Café at 8th Ave. and W. 54th St.: The building itself has a lengthy history and though the collective memory is fading now, its greatest fame came in the three years between 1977 and 1980 when it hosted impresarios Steve Rubell and Ian Schrager’s nightclub/disco, Studio 54. I never would’ve passed muster at the famed velvet rope to gain admittance to the cocaine-fueled club where the glitterati’s glitterati hung out. I was in college at the time, and I, as well as the crowd I hung out with, pretty much ignored the disco era completely, secreting ourselves in our college newspaper office, blasting the Ramones and Sex Pistols and bands no one remembers now and were scarcely on the radar then. It was a pretty small college, so pot smoking was at a minimum. 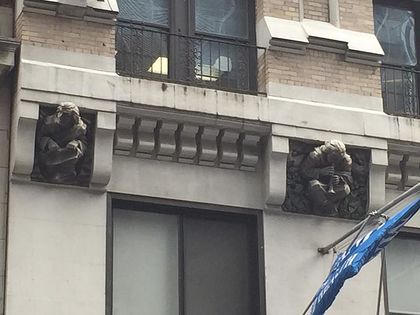 The building itself has a lengthy history, and even one that I briefly participated in. It was constructed in 1927 as the Gallo Opera House, soon renamed the Gallo Theatre. Like many buildings that went up around this time, it was decorated with a set of concrete gnomes. The opera house debuted with a prestige production of La Boheme but failed after two years, followed by a series of equally unsuccessful operations at the New Yorker Theatre and Federal Music Theatre, which put on a swing version of The Mikado.

The Columbia Broadcasting System bought the building in 1943, and renamed it, incongruously, Studio 52. It became a premier television studio in the days when most games shows and soaps were produced in NYC before moving to Hollywood. Shows like What’s My Line, Password, To Tell The Truth, I’ve Got a Secret, Captain Kangaroo, all staples of daytime TV in my youth, as well as soaps like Love of Life were staged here into the early-1970s.

Studio 54 followed with a three-year mostly successful run, though Rubell and Schrager ran into trouble for selling liquor to minors and then tax evasion. After 54 closed in 1980, it returned for a few years in the early-80s; after that, rock club The Ritz moved in, temporarily vacating Webster Hall on E. 11th in the East Village, which is how I visited the building in the late-1980s. The Ritz is no more, but Webster Hall is thriving again after a renovation. Studio 54 again attempted to revive as a nightclub in the 1990s without success.

The Roundabout Theatre Company purchased the building in 2003, and has had productions there ever since including Cabaret, Waiting for Godot, Kiss Me Kate and the current production, The Sound Inside. The only vestige of 54’s clubby past is in the basement, Feinstein’s 54 Below, a nightclub featuring Broadway performers in a cabaret setting.