When Your Doppelganger Dies

I became thankful for the memories that helped me revisit the times where I was wounded. 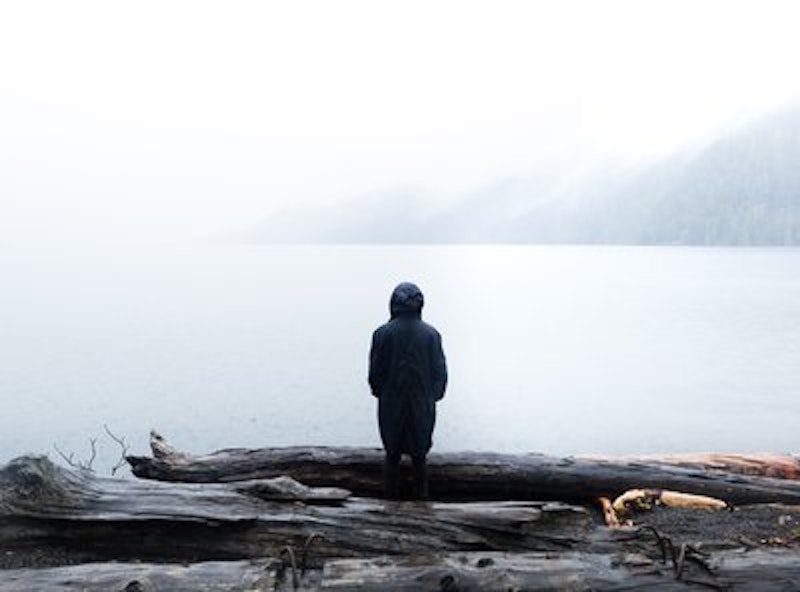 I first met Aaron in the third grade. We were playing dodgeball in the schoolyard when I noticed a frail, mousy kid cowering behind Jenny Lichtman’s bulky legs. He looked just like me. He had my dirty brown hair, big Jewish schnozz and ever-present squint as if life was too much too handle with open eyes.

I felt an immediate revulsion to the kid. I lifted the red rubber ball and hurled it forward. Ball met nose and the boy fell to the ground, yelping like a wounded dog. The incident produced a small scar on his upper lip. I ran back to class, aware my childhood would never be the same.

Aaron and I did our best to avoid each other. We sat on opposite sides of the classroom. We chose different friends. During our bus ride home, he sat in front while I sat in back. We lived two blocks from each other but I made sure to exit one bus stop after him even though it meant a half-mile walk home.

We were both victims of the same schoolyard bully, Eddie Bunion. This just pushed us further apart. On days when Aaron was chosen for a beating, I secretly aligned with Bunion, satisfied my evil twin was being punished for living in my orbit. Once when Bunion pummeled me so bad I could barely breathe, I noticed a thin smile on Aaron’s lips, proof he hated me as well.

Kids often asked if Aaron and I were brothers. I feigned ignorance, claiming not to know who he was. During a basketball game, an opponent innocently called me Aaron. I intentionally pushed the boy into a pole. If only I could’ve channeled this anger toward my bully. Instead, I blamed Aaron for all the pains of my childhood. I saw in him a living, breathing embodiment of everything I despised… namely myself.

Aaron and I shadowed each other through grammar school, junior high and high school. I went to college while Aaron found a job at an auto repair shop. We took pains to sidestep each other, avoiding neighborhood gatherings and parties where we might come into contact.

In my late 20s, I hit a rough patch and moved back in with my parents. This returned me to my childhood neighborhood. It didn’t take long to see Aaron again. I was watering plants in the front yard when a beaten, turquoise Dodge Dart rolled past. Aaron was at the wheel. He looked older but still resembled me to an extent. We locked eyes. His mouth opened and he nearly swerved into a sidewalk garbage can. He pressed on the gas, screeching away at high speed.

My adolescent pain returned. Aaron was a totem for all my regrets and failures. To see him was to stare into my shadow. Our karma kept pushing us together. I encountered him at a gas station. I stood on line behind him at a bakery. One morning I went bowling to clear my mind. The only other bowler present was Aaron. I studied him as he bowled alone. His hair was greasy, his face unshaven. He wore shabby, wrinkled clothes. He’d developed a modest paunch and stood with a slouch. He didn’t look healthy or happy. Kind of like me.

A few months later while shopping at the local Ralphs I came upon Aaron in the cereal aisle with his aging mother. Her hair was in curlers and she wore a negligee and slippers. I stopped in my tracks and watched as Aaron reached for a box of Cap’n Crunch. His mother slapped his hand and began scolding him. “Stop eating like a five-year old. You want to die of a heart attack like your miserable father.”

Aaron looked up and saw me staring just 10 feet away. He grasped his shopping cart as if he were about to crumble. I turned away, a witness to the horror of Aaron’s existence. My heart opened to him. I wanted to say something supportive, to lighten his anguish. But the moment was too monstrous.

This would be my last Aaron encounter. I left my parent’s house and slowly rebuilt my life. I learned to make peace with my childhood. Aaron became a trigger point, a way to explore my emotions. I became thankful for these memories since they helped me revisit the times where I was wounded.

Decades passed and Aaron never crossed my mind. Then I met a childhood friend for coffee. We shared stories about old times when my friend asked, “Did you hear about Aaron? He just died of a heart attack. His mom found him in bed, the same bed he’d slept in as a kid.”

A chill ran down my spine. I rushed to the bathroom and splashed water on my face. I waited 20 minutes before driving home. I found an online obituary about Aaron. The details were slim. He was 54, unmarried, survived by his 84-year-old mother Gladys. He loved muscle cars and roller derby. His favorite television show was Dukes of Hazzard and his favorite movie Fast and Furious. His dream was to open his own car repair shop. The funeral was scheduled for the following day.

I awoke early the next morning and drove to Van Nuys. The funeral home was wedged between a burrito shop and a check-cashing place. The chapel was small with worn red carpet, two rows of folding chairs and a Star of David over the dais in front. I was greeted at the door by the funeral director, an older man wearing a yarmulke. He handed me a funeral program with a photo of a younger Aaron on the cover. The image resembled my high school yearbook picture.

Only a few people were present. I sat back next to a gum-chewing man in his 40s. He wore black Nike tennis shoes beneath his suit. He offered me his hand. “I’m Chip.  Bummer, huh?”

“How do you know Aaron,” he asked.

“We went to school together. You?”

“We’re cousins. And I sold him weed. Aaron loved weed.”

“You smoke weed,” he asked.

“You should. Helps you deal with this kinda stuff.”

The funeral director led Aaron’s mother toward a seat in front. She wore a black veil and walked with a cane. She was sobbing, her entire body shaking. The director stepped to the dais and a red curtain opened. A large casket came into view. The lid was open and Aaron’s face was discernable in the dim light.

The director recited the 23rd Psalm and then spoke about “a season for everything” and how “another leaf has fallen.” An unseen organist played a Bach Cantata. The whole ceremony was over in minutes. The director then said, “Anyone who would like to say a final farewell is welcome onstage.”

Chip popped up from his seat. “Come on dude, let’s say goodbye.”

Without knowing what I was doing I followed Chip toward the coffin. We waited behind a Middle-Eastern man who muttered something then crossed himself. Chip was next. He reached into his pocket and pulled out a joint. He placed it in Aaron’s left shirt pocket. “For the journey, dude. Stay in the light.” Chip stepped away. It was my turn. I stared into the coffin. Aaron wore a crisp blue suit and his hands were clasped over his ample stomach. He’d lost most of his hair, his face was bloated and he had a thick 70s-style moustache. He no longer resembled me. I was confused, unsure what to say or do. I stared at his moustache searching for the scar over his lip. It was nowhere to be seen.

I patted the side of the coffin and stepped off stage. Aaron’s mother caught sight of me.

She stepped toward me and lifted her veil for a better look. “Aaron?” She placed her hand on my cheek. A tear fell from her eye. Did she think I was her son? She wrapped her arms around me and began sobbing and moaning her son’s name. “Aaron, Aaron, Aaron.”

I was trapped. I locked eyes with Chip. “Help,” I said. Chip stepped forward and pried the woman’s arms away.

“Come on, Aunt Gladys. It’s going to be okay.” Chip led Aaron’s mother to a nearby chair. Her gaze never left my face. “I’m sorry for your loss,” I said. She reached her lanky arm toward me. This was all I could handle. I walked out the front door and sprinted to the parking lot. I’d heard stories about cars dying after funerals. My car started without incident. I pulled onto Van Nuys Boulevard and drove away.