The Little Miracle of Boylan Rice

A true story of office life. 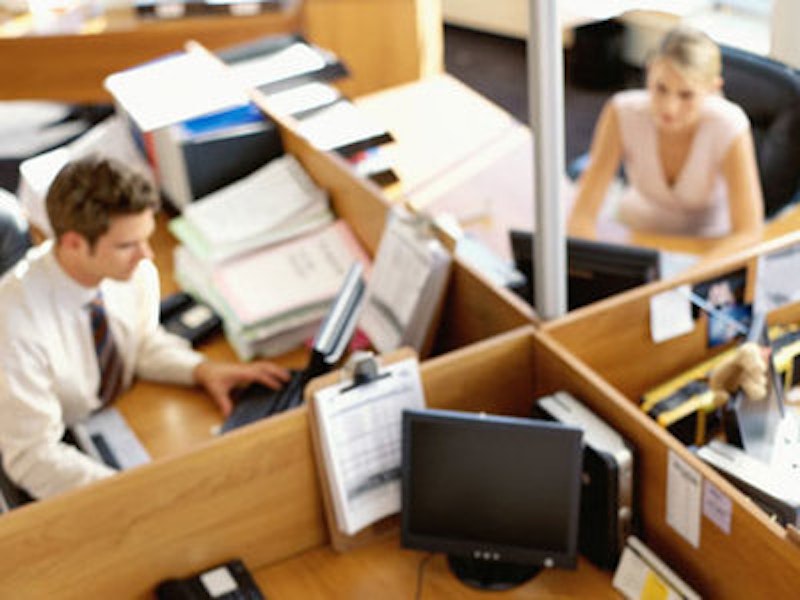 I’ve told this story many times, but only to myself. Up in my head it’s grown elaborate. The latest version ends like this: “To do one of these things is unusual. To do them both is exceptional. To do them both, both at the same time? That’s a miracle. And there you have Boylan Rice, the miracle man of Muni Mart.” Boylan Rice (as I’ll call him) was my boss, and these words—if spoken—would’ve been delivered in his office, after he called us in and told us he was leaving. In the event I said nothing, or close, the same as everyone else. There was a great absence of display when the staff heard the news. A few days later a colleague pointed this out to me. Look at Teresa Soto’s going-away, he said. She’d been on staff a few months, a junior reporter, and the conference room was noisy and happy when she said goodbye. Personally I found her a bit bull-headed, but she’d made friends. Boylan hadn’t. Granted, Teresa was leaving for law school, whereas Boylan was getting forced out. But that first factor was the one highlighted by my colleague: Boylan hadn’t made friends.

I figure his chest and shoulders got him hired. Boylan was a tall, broad-shouldered man, and he was an off-style kind of handsome. He had a light-bulb expanse of naked forehead, but his hairline hung in there, and his features could be found printed in a neat square area; these features were at least regular, though inscribed in a cramped way. So he was funny-looking but passed as leading-man material. Boylan was under 40 and he aimed to generate excitement. Often enough he spoke with a confident, off-hand lilt and an impatient wag of his chin. His chin projected, which helped too.

The man in charge of our division—I mean the corporate division that owned our paper—admired snap. When he found men with snap, our president took them up, assigned them great duties, and then changed his mind. Our paper’s last editor had suffered a falling-out with the president; hence Boylan being brought in as the new editor. The last man had been loved by his boys—we’re talking a young set—and when he left, so did most of the New York bureau. I suppose Boylan was waiting for the new staff to love him too. Boylan lasted two years, thereabouts.

I was one of the few holdovers in New York. The old boss hadn’t liked me, but I’d done well; most papers want to keep people who can copy-edit fast, in volume, and with attention. The new regime came in and I still ran the copy desk and made my money. Since my old boss hadn’t liked me, I hoped my new boss would. I thought about various girls and other people I knew. But the idea of being liked by my boss hung around.

Most days Boylan stayed in his office or he strode and projected. I had sightings of him and brushes with him. But one day I got to know him. This happened all at once, around three p.m. in the afternoon. We had an early deadline, five p.m., and the paper was half again as big as usual—the morning’s news log had spilled onto an extra page and then another. Also, two supplements had to go out. That was the reason for the early deadline: the plant in New Jersey had to fold the supplements into the papers. The supplements were full of articles; the desk had edited those too, finishing them a little after lunch. The desk was three other people and me.

On this day, two hours before the moved-up deadline, Boylan appeared at my elbow and waited for me to pull my face from the screen. He introduced the man at his side. We had an opening on the copy desk, and Boylan said his friend would be a good candidate. I said sure and asked the man to come in the next morning for an interview.

“Oh, Colin, no,” Boylan told me. He was expansive. “Talk now. The two of you can just have a conversation.”

I mentioned the deadline. Boylan cut me off. “Colin,” he said. “No.” He had squeezed his broad shoulders down and pushed his face over sideways. The effect on his voice was to produce a mournful sound, like a coo. “Colin,” he said. “I want the two of you to talk.” I gave in. Some people can fight with their boss, but I can’t. I suppose, also, there’s the energy conservation that goes with deadline work. You sense which interactions will eat at your resources, and you turn them off.

Boylan was happy now. He un-canted his torso and un-squeezed his face. He made a two-armed smoothing motion, palms swanning at the floor; he seemed to be sailing a tablecloth roughly in the direction of a table. “Just talk,” he said. “Get to know each other. That’s all you have to do.” Then he and his shoulders marched back to his office.

My part of the office attracted loose ends and odd bits. An unclaimed chair was next to the un-consulted manuals for software. I offered this seat to the man, and he parked his briefcase next to it as he sat down. It was small and soft, a frayed sort of briefcase; it was to a proper briefcase what a corduroy jacket is to a suit and tie. I suppose he was five or six years older than me. He put me in mind of a child actor who’d grown up. I think he was below medium height, and he had a broad face and wide cheekbones. He wore his black hair in a brush cut that flopped near one eye.

I remember that, looking around, all you could see was the backs of people’s heads, that and their elbows lifted near their ears. Everywhere faces were shoved against screens. The newsroom wasn’t big, but it was more than a few desks; it continued past a space like that. Just now it lived under a demi-silence, the noisy hush that comes when there’s sound but only small sound, and of only one kind. In this case the sound was typing. Keys clacked, or perhaps they rustled. At any rate there was nothing else.

Had he done work like that of the copy desk? Yes. He’d been a proofreader at a law firm. And what did he think of the work? He thought it was soul destroying.

I regrouped. While I regrouped, the man had another thought. He leaned forward and looked in my face. “Of course,” he said, “it looks like this work is pretty soul-destroying too.” My eyes stole back to my screen. I wanted to edit. The man picked up his briefcase and left. I saw him lean in at Boylan’s door, then disappear down the corridor. I never saw him again.

I got back to work. The phone rang, of course. Boylan wanted me in his office. His mood remained up. “So,” he said. “How did it go?” I told him about it. He was delighted. He threw back his head and laughed. “Another Olsen self-destruct,” Boylan announced. With arms behind his head, his chair tilted back, Boylan shared Olsen’s story. The two of them had been proofreaders at that law firm, back when Boylan was starting out, and Olsen had hated it there. There was something else he wanted to do with his life, but he could never get that end together. In the meantime, he’d been stuck, and he disliked proofreading, resented his job, and hated the lawyers. Also, he had a gift for self-destructing.

I think we made the deadline. Anyway I got home and I lay there. In real life, that’s how the story ended. The sequel came 14 years or 15 years later, when this thought occurred to me: Boylan had brought in a bad hire. He’d pulled me off deadline work for somebody Boylan knew to have a bad attitude, a bad work history, and a gift for screwing up. As I played the story through my head, another side occurred to me, the other face of that same realization. Boylan had insisted on really bad conditions for his friend’s interview.

From out of this breakthrough grows my peroration. “To do one of these things is unusual,”I tell Boylan’s imaginary going-away. “To do them both is exceptional. To do them both, both at the same time?” Yes, that was the miracle of Boylan Rice.

But, of course, I said none of this. We all sat. Here’s one of the few highlights from the gathering: just before Lyle, Boylan’s right-hand man and back-stabbing successor, announced the news, Boylan’s eye happened to cross mine. “Oh, you’ll be happy, Colin,” he said, or burst out. I’ve mentioned his lightbulb expanse of head; it was flushed.

Boylan hit the news 10 or 12 years later. Something bad had happened in midtown; it wasn’t a terrorist attack, but people were shook up. Some, including Boylan, were milling about a traffic-deserted street in the mid-40s. One was a woman who looked in a bad way; perhaps she was bleeding, maybe she didn’t have shoes. Boylan did the decent thing and asked if something was wrong. He gave her his arm, and a policeman took her other arm, and the policeman led the way to (I think) an ambulance for first aid. Boylan had performed a good deed, and this time nothing had gone wrong.

Their picture got taken and it went viral. Boylan gave interviews on morning TV. The photo showed the buildings looming behind the three. The policeman, if I recall right, is tiny and almost off in the background. Then there’s the woman, sagging. Then there’s Boylan, who’s magnificent and slab-like in his (to my eye) expensive overcoat. Boylan looks off and away; his expression indicates there’s a bad smell that makes him sad. I see that look as the bit of marring his triumph deserves. The look isn’t a matter of the truth catching up, but it’s something. His central flaw, the truth that catches up, is shown by something that nobody paid much attention to: the policeman is doing the work.