A close friend, one who took his own life thirty years ago, offered multiple cross-cultural learning experiences. 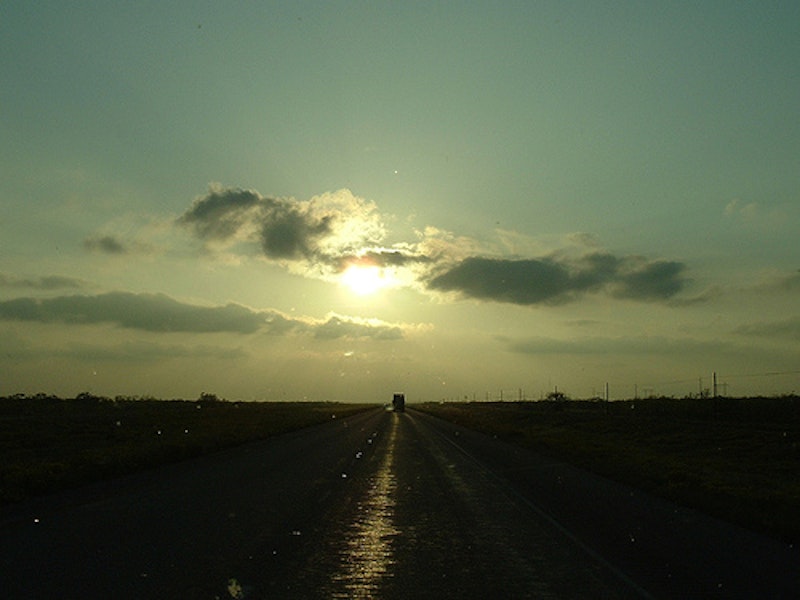 Thirty years ago, on a deserted dirt road outside of Austin, one of my closest friends took his own life, a single shot to the head. His parents, a wonderful pair of lifelong and proud Texans who had seven children, never did tell me the reason for Mark’s suicide—there was no note left in his abandoned car—but I’ve always suspected that the headaches he’d experienced for the two preceding years were a symptom of terminal cancer and that he’d decided to make a quick exit rather than tax his middle-class family with enormous medical bills that ultimately wouldn’t bear fruit. He was in law school in Houston at the time, and in the letters we exchanged, amidst the banter about rock bands, politics and trivial gossip, Mark described his malady, unable to figure it all out except to say that the pain was unbearable. This was odd, since he was an extraordinarily stoic fellow. We last corresponded three months before his death, a lapse that was unusual, so perhaps he’d been given a doctor’s verdict during that time.

The passage of time, of course, dulls the sense of horror—at least for his friends, I’m guessing, if not his family—and when I look back on his short life of 24 years, it’s with a combination of fondness and bewilderment. We met in 1973, as freshman roommates at Johns Hopkins University, thrown together in a bare-bones dorm room the size of a walk-in closet, merely because we were among the handful of English majors at the school and shared many of the same cultural interests, gleaned from a short questionnaire the summer before classes commenced. I imagine such procedures for pairing students is a lot more sophisticated today, but then again the tandem of tuition and room and board was just $2700 annually as compared to the current inflation-busting $39,150 average, which is a pretty staggering thought.

Mark and I hit it off immediately on the first day of orientation, even as our regional differences were fairly jarring: in 1973, before America became virtually indistinguishable from state to state, mixing two teenagers, one from Long Island, the other from Texas, led to some fascinating bull sessions. For example, a few hours after all the students arrived in Baltimore, my high school buddy Howie, a pre-med Hopkins student, shuffled over to our dorm room to share his contraband of beer (the drinking age in Maryland was 21 then) and later that night Mark said something, in his Southern drawl, I found quite remarkable. “Man, Howie’s a really great guy, lots of grins there. You know, he’s the first Jew I’ve ever met.” No prejudice was intended—after all, he was a Doug Sahm/Jerry Jeff Walker kind of hippie—just a statement of fact. It still took me aback, even more than his admission that he’d never had Chinese food, but what the hell, I thought; I was taken with his incredibly cool hand-stitched cowboy boots he’d purchased in Mexico and his hope that the dining hall might feature chicken-fried steaks and grits.

We pulled off a few capers together, which seemed impressive at the time, although I suppose that was just college-age hubris. A few weeks after school started, both strapped for cash, a senior from Boston who was part of a growing circle of friends tipped us off to the bounties at the Hopkins Club, the fancy—at least in our eyes—hub for professors, alumni and other big shots. One early morning, before the lunch rush, we entered the club through a back door, and saw the remnants of a dinner from the night before, which included dozens of half-full bottles of liquor. I don’t think either of us was instinctively larcenous, but with a Robin Hood-like rationale, we figured a haul of vodka, bourbon, and gin could provide the impetus for a wild party later that afternoon on the quad. As luck would have it, an imposing and stern lady named Mrs. Curley interrupted us, and asked exactly what we were up to. On the fly, Mark told her we were freshmen looking for jobs and wondered if there were any openings.

Later that night, legitimately employed as parking lot attendants at the Hopkins Club, we found out, to our delight, that included in the minimum-wage salary ($1.85 at the time) was a free meal from the kitchen, to be consumed with the help—all black women, reflecting the barely integrated Baltimore of 1973—and, as it turned out, this was an invaluable perk. Not only was the food—prime rib, roasted chicken, crab cakes and the like—10 times better than the slop served to freshman, but after some conscientious wrangling with the Dean of Students, we each received a refund of $500 in exchange for forfeiting our dining hall privileges. We then rented a small fridge, stocked it with Tuborg beer (purchased for us by guys with beards who looked 21) and cold cuts for lunch. And lots of cigarettes—unfiltered Kools for me, Kents for Mark—which at the time ran 35 cents a pack in Maryland.

Although Mark, late at night while strumming his acoustic guitar, would say he was a “cosmic cowboy,” a rare Texan hippie with shoulder-length blond hair, who, when I went to San Francisco for the first time that Christmas break asked me to bring him back an “electric blue and orange sunset” shirt, he was also a Southern gentleman. One time, in an English class we shared about 19th century English poets, the grad student who presided over seminars asked him to interpret one of Wordsworth’s more erotic poems. When Mark said that the two lovers were “engaging in sexual intercourse,” the teaching assistant cut him off, and with a disapproving sneer, replied, “Don’t be such a prude, man, just say that they were balling, fucking, screwing, for Christ’s sake.” Mark blushed and told this creep (now a tenured professor at a Northeast university who’s undoubtedly still confusing impressionable students) that he didn’t feel comfortable using that sort of language in “mixed company.” I didn’t quite get his reticence at the opportunity to speak “normally,” which was huge switch from high school, but did admire his refusal to be bullied.

In the spring of ’74 we went on a road trip, delivering a car from Baltimore to Houston, and that was an eye-opener for me, as I’d never been south of Maryland. The first night, exhausted from driving, we stopped at a motel in a Tennessee town looking to crash for awhile, but the snaggly-toothed redneck clerk—reminding us of a character in Easy Rider—told us to hit the road, since he wouldn’t lower the standards of his dump with a pair of longhairs. Two days later, after stops in Alabama to visit one of Mark’s high school friends at Spring Hill College, and then a day in New Orleans, where we slept on floor of Tulane’s student union, we arrived in Houston and I met his family.

His father, a conservative bureaucrat, was a lot of fun, a non-stop talker who engaged me in debate about Nixon and Watergate, which he reckoned was a Democratic plot. His logic was twisted, but he was jolly, and I couldn’t keep my eyes off his strange tic of using a cupped hand as an ashtray for his ever-present cigarette. Mark’s mother, a sweet, overworked woman (who did make chicken-fried steaks that first night), nagged her son about his nervous habit of pulling at his long locks. “Honey, stop pulling out your hair!” she appealed to him. Mark, tall and thin, laughed and said, “What’s the difference? In about 20 years, I’ll be just like Dad: fat and bald.”

Everyone laughed at that exchange, especially his father, but obviously that never came to pass. I do wonder, three decades after Mark’s death, what he’d be like at 54, if he’d be a prosecutor, defense attorney, or even a lawyer at all. I wonder what his own family would be like and if, as I’d bet, that he’d be living in Texas and still a Houston Astros fan, as well as a pool shark who’d pass on his love for Charlie Chaplin, John Donne, Sun Records era-Johnny Cash, John Prine and the Bible to his own offspring.

I’ll never know any of this, nor the way life played out for any number of friends who died prematurely in the years since—one from a heroin overdose, another, a brilliant political consultant, who got attacked by his heart at 50—and it’s a maddening reality, if a curious exercise of the mind, to even ponder.