When The Red Pill's Too Powerful 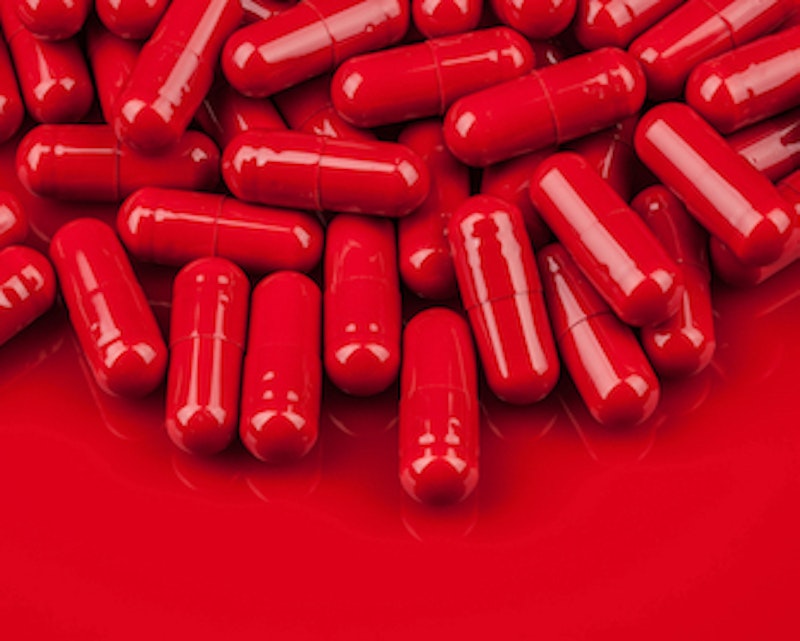 In February 2017, independent journalist and former Vice correspondent Tim Pool traveled to Sweden to investigate right-wing allegations that an influx of Muslim immigrants had produced "no-go zones" and problems with refugees in the country. His reporting stood out because with all the talk of no-go zones in the media—the liberal media denied their existence, likening them to conspiracy theories—nobody in the American media actually travelled to where they were supposed to be in order to gain an informed opinion.

This week, "Now This," a website whose Twitter account has 2.4 million followers, accused conservative media outlet The Daily Wire of manipulating Facebook to gain an unfair advantage. Instead of investigating the matter, Pool, who has 650,000 YouTube followers, called it a conspiracy theory on Twitter. "CONSPIIIRRRACCCIESSSSS" was how he put it, but without offering any actual supporting evidence. Where was his investigation?

Pool was just adding to the Twitter noise instead of investigating, but over the past few years he's lost his taste for "shoe leather" journalism. The self-described "disaffected liberal" now occupies himself producing prodigious numbers of YouTube videos of his political commentary (he appears to work 365 days per year), all of which are directed against Democrats and the Left in general, although he claims to come from the Left himself. While Pool once covered Occupy Wall Street on the ground, and traveled to Japan to investigate the Fukushima "fallout zone," he's morphed into a video "columnist" airing out his pet peeves.

Pool, like fellow successful YouTuber Dave Rubin, has swallowed a jumbo-sized red pill so big that he can't think of a single criticism of the Right. Rubin says he's a liberal because he's for gay marriage (he's in one), wants marijuana legalized, and believes in a government-run safety net, but doesn't go anywhere near actual liberals. A Google search will reveal The Rubin Report's host palling around with a variety of conservatives, including Milo Yiannopoulos, with whom he looks quite comfortable, but the only people on the Left he'll hang out with are the disenchanted, Intellectual Dark Web variety.

You get the impression that having dinner with an old-fashioned, unapologetic progressive like Rob Reiner, as he's done with arch-conservative Ben Shapiro, would put Rubin off his appetite. I know that liberals have a tendency to shun people like him who've violated their quasi-religious tenets, but I still don't see him being able to find even one of them who could make him look as happy as Milo did. Rubin's no longer a closeted gay man, but I'll call him a closeted Trump supporter.

Tim Pool got photographed dining with a bunch of alt-right types in Portland, but I'll accept his explanation that he was covering them rather than socializing. Still, neither he nor Rubin, who both advertise themselves as reasonable, centrist alternatives to progressive cultists, have ever said a single negative word about our current president. I take any pundit who's all over the Left, as these two are, but silent on Trump, as a Trump supporter. Pool's attitude towards Trump is summed up by his tweet claiming that "a lot of" former Democrats see Trump as a better alternative to the Democratic field. I believe he puts himself in this category, but isn't willing do more than hint at it for career reasons.

Rubin's an amiable type whose red pill hasn't made him visibly agitated, but Pool's prescription was different. His tweets read like he's about to bubble over with anger. He's outraged over the impeachment, Russia conspiracy theories, "red flag" gun laws, and unfairness to Trump. If you didn't know who was tweeting, you could easily guess Kellyanne Conway. Watching his YouTube channel, you can see and hear the anxiety. Looking at the titles—all in screaming caps—of his videos, you immediately think "Fox News." In a few decades he could end up there.

Tim Pool and Dave Rubin are successful because they say they're of the Left, which puts them in a select group. Right-wingers love to see this because it allows them to say that even liberals think the Democrats are crazy now. Pool has said on Twitter that he's "financially secure" and that he's looking for a wife who won't need to work. Rubin's website has over a million followers.

Getting red-pilled so hard that you give a pass to one political side is a business decision for Pool and Rubin, which is unfortunate given the fact that the Left's many excesses call for people with liberal credentials who can blow the whistle on the madness. They're fashioning themselves as maverick truth-tellers, but the act's a sham because their merciless gaze only points one way. It's a delicate line Pool and Rubin walk because they'll turn off their conservative fans by being tough on Republicans, and they'll alienate the rest if they come out as Trump supporters. So they play a coy game of pretend and rake in the cash.