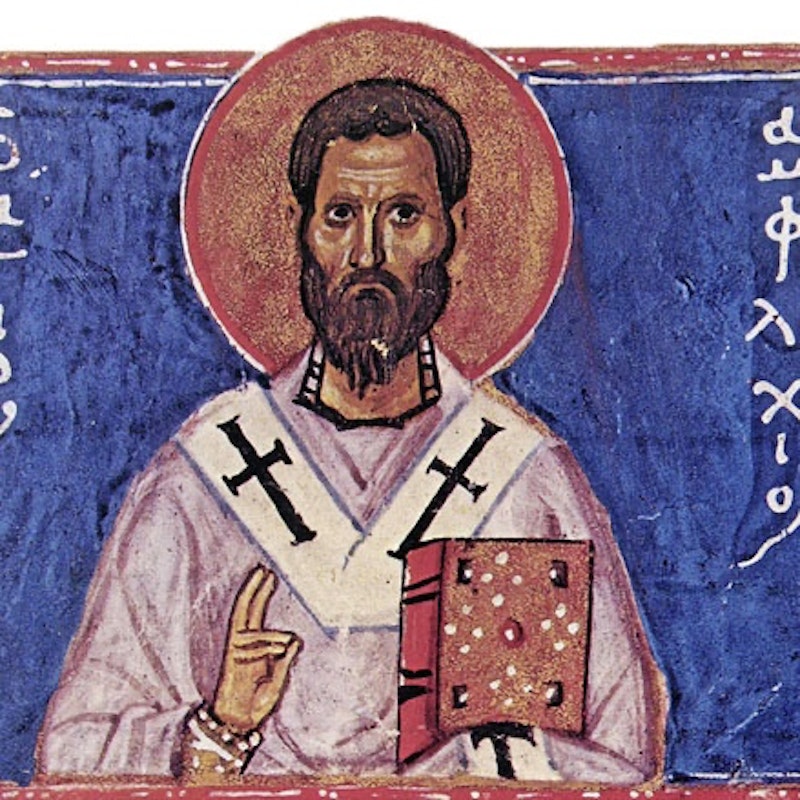 It’s one of the frustrations of being a paleoconservative intellectual that Rod Dreher is our public face, such as it is—our “bold-face name,” to steal the language of the tabloids.

How galling. A political tendency that can boast in its lineage such titans as Chesterton and Eliot, and that today attracts such intellectual heavyweights as that charming Upper East Side “walker” Taki and legendary Russian Orthodox mystic (and Yale professor) Daniel Larison, suffers today from its close association with a single peculiar Lousianan and his manias and hysterias.

What a strange performance Dreher’s been putting on for years now. I seem to remember his mentioning that he was somewhat of a Y2K enthusiast back when that moronic chimera was panicking the credulous.

But his fear of the world got even worse. By the aughts, humanity having somehow survived Y2K and limped into the new millennium, he was dead certain that the imminence of Peak Oil (remember Peak Oil?) would rattle developed societies to their core, reducing the car-dependent sprawl of the United States to an ultra-violent wasteland out of the imagination of a writer of apocalyptic science fictions. With his fantasies about the horrors that awaited us all, Dreher made James Howard Kunstler sound like the president of the Club for Growth.

Reading him and Kunstler then, you got the sense that industrial society would simply end, any day now, on a dime. Somewhat like our Bronze Age ancestors, we’d huddle in freezing dirt hovels. We’d grasp each other in the unlit night as marauding hordes mass-murdered each other outside, blasting off the last of the factory-manufactured ammunition; the North American continent would likely see a 45 to 70 percent population die-off, as starvation set in and the last stores of antibiotics petered out, mismanaged as they were under the control of the Mid-Atlantic Warlords.

​Well, that didn’t happen. John M. Harris, for one, persists in relative comfort to this day, more or less whole—if a bit paunchy, and suffering from a chronic disease the details of which I won’t bore you with.

Since then, Dreher’s been finding on a clockwork basis new phenomena that make him shake in his sandals—his confidence in each case total that this time we’re really in for it, and some sort of almost moistly desired world-historical disaster awaits us all. For a long time he’s been using the phrase “Weimar America” to describe our current political and socio-political landscape—the contemporary United States being, to jejune alarmists, apparently indistinguishable from interwar Germany in all of its irreducible and completely alien specificity. Weimar America—meaning that Naziism and the worst war in human history are, again, about a decade away. We who inhabit the cusp of the second and third millennia must be super-special—all these extraordinary catastrophes keep happening to us.

Dreher seems to have eased off the clammy invocations of “Weimar America,” but he’s still a keen enthusiast of analogy, that weakest form of logic—and particularly of the historical analogy, that favorite tool of the glib pundit. And so most recently, having gotten—to steal a phrase from my “sassy” Cleveland Aunt Lennert, may she rest in peace—a “moth up his hole” about Russia, he’s been publishing posts with titles like “The Russian Twilight Of Late Imperial America.” In these, he coyly distances himself at the very last possible moment from having done what he’s just done, which is to posit an insane identity between Russia in the late Romanov era and the contemporary United States.

Historical analogies are sophomoric and vulgar, Mr. Dreher! Back away from the pop scholarship, sir! History’s a tricky subject, my bayou-country friend! One that requires judgment and discrimination and above all learning about historical circumstances that are radically dissimilar to those that we inhabit, and that have their own dignity and integrity—and that are not to be exploited for the sake of devising knuckleheaded analogies in support of parochial culture-war arguments!

Even worse than dopey historical analogy is argument by extrapolation from the present. Dreher’s a champ when it comes to that cognitive mistake, too. “It’s raining today. Therefore it will rain every day for the remainder of secular time, with the rain only intensifying. Similarly, the identitarian social/justice left is making noise today. Therefore it will inevitably impose on me a totalitarian police state tomorrow. There is no other possibility.”

Maybe. But maybe not. Things are complicated.

I’m bitterly aware that Dreher is making a fine living peddling this stuff, and I’ve never been one to begrudge another man his racket. But the problem is that this isn’t a racket for Dreher. He believes it, and is sore troubled by it.

A little serious scholarship, as opposed to this sort of facile and credulous cherry-picking in the annals of the 20th-century totalitarians, might be good for this by now amusingly alarmist “boobie” (to borrow from Aunt Lennert again) with his perennially wrong predictions of the End. (So would getting a job, but that’s another issue.) Dreher might get a sense, then, of the enormousness of history in all of its contingency—of how the pattern of it is visible only to the Lord Himself, and of how the bit of it that we see and understand is approximately the size of a grain of salt in comparison to all the ocean water of the world. Of how, in fact, what look like certainties to the rigid mind of the panicked “ninnie” (yes, yes—Lennert), aren’t that at all, but are no more likely to transpire than are roughly a hundred trillion other scenarios, each of which will no doubt come out of nowhere and surprise us all when it does.

Steel yourself, man. Straighten your spine and acquire some intellectual and emotional discipline. Acquaint yourself with a stoic Christian realism. Back away from crackpot Nostrodamus-style prognostications. Starch your undershorts (you guessed it: Aunt Lennert).

In other news, I greet readers convivially on the occasion of the feast day of, Bishop of Iconium; of Saint Metrophanes, Bishop of Voronezh; and of the New Hieromartyr Boris, Bishop of Ivanovsk.