The Pseudoscience of Social Media

Maybe the MD's of the Twitterverse can offer some wisdom. 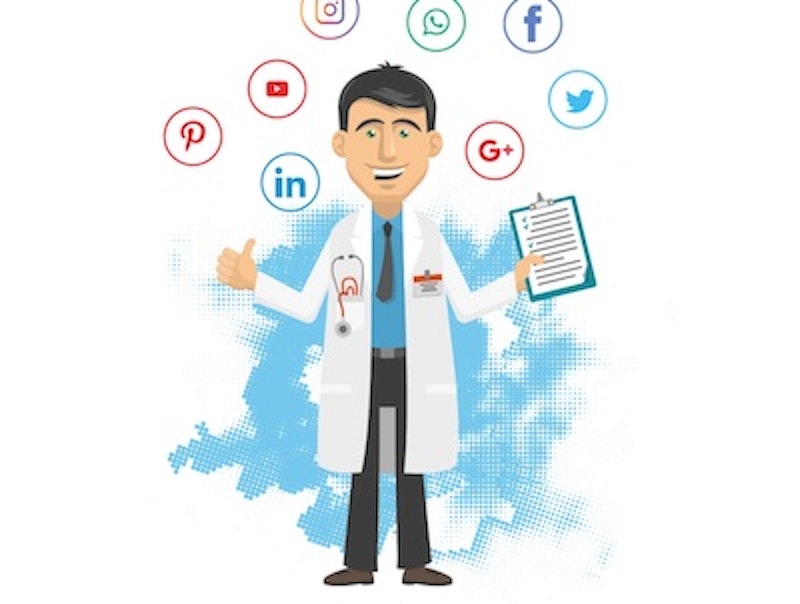 Snake oil sales dominate social media to the extent that it burns my eyes. Instagram booty models want me to buy a useless detox tea, and if you criticize a guru selling the garbage they'll flag your YouTube video for copyright infringement. All while the MD's of Twitter are either cringing or causing the cringing of credible medical professionals. And everything is rewarded by the AI's that control search engines and social media.

Instagram is a place where fitness and health go to die, and people extract as much milk from the social media cash cow as possible. If you don't have an impressive deadlift, you could use fake weights, but that comes with a risk of discovery; better to do back squats perched atop an exercise ball. Physical pain will never hurt as much as the scorn of followers catching, you, their beloved emperor naked. As long as they don't find out you're nude, you can sell them branch chain amino acids!

If only these moronic, fitness "experts" documenting their awkward gym moments didn't appeal to an audience of unfit people. The dangerous exercises performed for likes on the gram and sales of mostly useless supplements have grown prevalent enough that commenting on the stupidity is now a subgenre on YouTube.

For some unknown reason, perhaps just the design of the simulation we live in, most fake fitness experts are named "Vince," while those providing reasoned criticism are mostly angry and bald. Alan Roberts is sort of an archetype of an angry bald man who doesn't want dudes named Vince to kill people. It's reflected in the hours of videos trying to dissuade people from dangerous stunts justified by pseudoscience. Did an Instagram model offer you the miracle quiz to discover your body type so you can begin working out more effectively? A slightly less angry equally bald YouTuber named Shredded Sports Science can help dispel the somatotype myths.

So far, YouTube sounds like a haven of decent content, but no. YouTube is full of health-related trash. Intermittent fasting had a couple of interesting studies, and the floodgates of YouTubers either not understanding or misrepresenting those studies flew open, releasing the Kraken of misinformation. Half a dozen people started running ads to brand themselves as intermittent fasting experts. Actual experts on fasting exist, many are at Salk Institute for Biological Studies, Texas Tech, and USC. Basically, expert equals person conducting studies, not idiot telling you to skip breakfast.

Just as pervasive on YouTube as ads for "super foods" and bigtime-jumbo-word-detox-salad to rejuvenate your third eye are ads selling the magic bullet to business success. These keys for success don't come cheap, mostly they seem to start at around $2495, but don't worry if you buy now before the end of the pre-recorded-live webinar, you can lock in the low rate of $1997. Since the course offers at least $76,995 of value, you can't afford not to mortgage your pet hedgehog to claim your slice of the good life.

Also, if you have a terrible experience or even slightly criticize these thin-skinned guardians of the halls of prosperity, they’ll try to flag, copyright claim, and otherwise cast you from the platform. This happened to a YouTuber who goes by CoffeeZilla after publishing a video calling out the plagiarism of a man who is "teaching thousands of like-minded individuals to leave their 9-5 Jobs Behind and Free them from Corporate Slavery!"—If only Coffee had known that Kevin David both owns the copyright to his name (although you cannot copyright a name), and that despite having hundreds of thousands of online followers that mentioning Mr. David would be a gross violation of privacy.

If only the algorithms and business model controlling the workings of social media were different, lying douchebags wouldn't end up spending money on ads to garner large followings. I mean, if not for the algorithms and ads platform, Mr. David could enjoy his private life. You can't have pre-roll ads and not expect a vigorous young man to produce and elaborate video in this Lambo and make sure people see it; that’sunreasonable. If the bombs are dropping, any sane person would consider an intoxicant, and with social media around a young privacy-minded man can't help but run ads to his plagiarized video content. It's the natural order.

Collectively, we’ve decided that Snapchat and Tik Tok are irrelevant to anyone old enough to pay for Internet access. Everyone’s writing off Facebook for not doing more to censor speech, so that leaves me only one social cesspool, and that’s Twitter. You know you can’t trust health advice from Instagram, but maybe the MD's of the Twitterverse can offer some wisdom. They can, but some are too focused on demonizing potatoes to offer reasonable discourse.

Like most of what the good MD says, it's so dogmatic, that looking up the nutritional value of potatoes cannot dissuade the wrong opinion. Notice that I said, "the good MD" and not "the good doctor," as is the result of a decision by the Tennessee Board of Medical Examiners, who obviously sells books about the ketogenic diet. Keto is great by the way, and if you want to learn more about keto from an expert, check out Dom D’Agostino: he’s research at USF, and this interview on the Tim Farriss podcast should give you some insight into his work.

There are medical professionals worth following on Twitter, qualified fitness coaches on Instagram and YouTube, and all over the Internet people are sharing heartfelt and conscientious advice for business, health, and relationships. Still, the most sensational opinions either fighting with or diametrically opposed to most people's preconceptions of the world are what gets those views.

The algorithms and business models that govern social platforms reward behaving like either a psychopath or an idiot, and borrowing from Happy Gilmore, we’re all awarded no points and are collectively dumber as a result. I'd argue if the AI ever became superintelligent, it would end humanity the same way "dumb AI" is currently.