When Life Hands You Lemons

We let loose with a barrage of lemons. 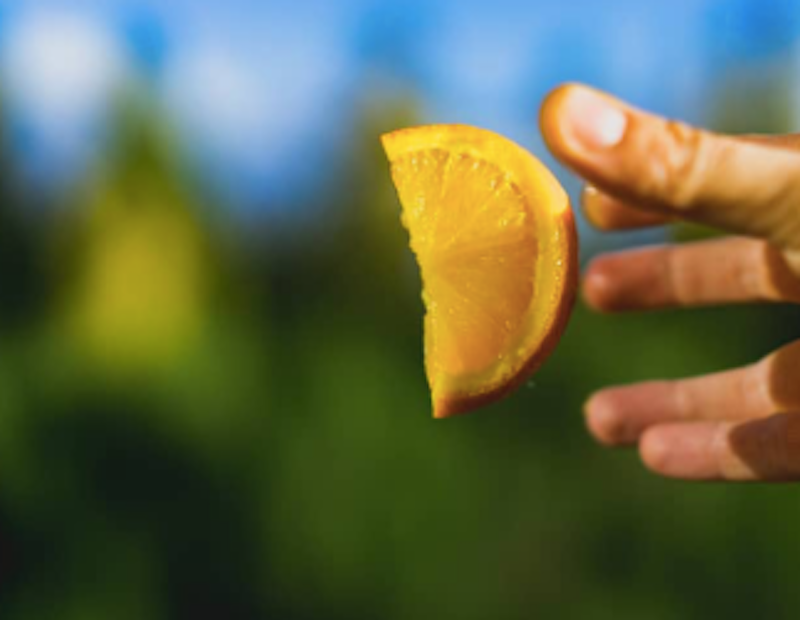 When I was a boy, our family had three robust lemon trees in the backyard. The lemons were large and ugly with rough bumpy rind resembling an old man’s face. The flesh was mild, not too tart and not too sweet. My siblings and I decided to set up a lemonade stand. My little sister made the lemonade while my brother and I dragged a poker table and a piano bench to the sidewalk in front of the house. I scrawled a primitive sign reading “Lemonade 5 Cents.” My brother had the idea to add “10 Cents” above the price and cross it out to make it look like we were having a sale.

We started around one p.m. on a Saturday. Traffic was sparse. Twenty minutes passed before we saw our first car. The driver was Mr. Schwartzberg, owner of the local dry cleaners. I flashed the lemonade sign but he sped past without looking. I felt an immediate sense of failure as if he’d rejected me personally instead of the lemonade.

This went on for the next hour. Some drivers slowed their cars and waved, others ignored us, one man told us he’d come back later though he never did. “Why did he have to lie,” I asked my brother. “Because he’s a lawyer,” my brother said. “All lawyers lie.”

Our only sale that day came from the neighbor across the street, Mr. Barnow the TV weatherman, who bought three cups of lemonade for his kids. Our take was 15 cents, a nickel each. I was crestfallen.

“Don’t feel bad,” my brother said. “Our neighbors are jerks.”

That was the only lemonade stand I ever tended. But it was not my sole venture in the world of lemons. When I was 14, a few friends and I decided to take a more aggressive approach. We picked about 50 lemons and made a sign reading. “Fresh Lemons for Sale, 10 cents each.” We walked a half-mile to a busy intersection with multiple stop signs. Each time a car stopped, we made a wall of bodies in front of the vehicle and flashed the sign.

The first driver we encountered was Mrs. Raskin, a local librarian. She bought five lemons. We gave her the fruit and thanked her. She responded with a lecture.

“You kids shouldn’t stand in front of the car like that. You could get hurt.” Josh, the neighborhood smart ass, spoke for all of us. “You have it wrong, Mrs. Raskin. These lemons are like rocks. If someone doesn’t buy from us, they’re the ones who’ll get hurt.” He mimicked throwing a lemon at her. She flinched. “Don’t worry,” he said. “You bought something so you’re safe.” Her face tightened into a scowl and she drove away.

Josh became our closer. When a car approached, we all joined hands and made a wall in front of the bumper while Josh approached the driver side window. “How many lemons would you like today,” he asked.

Mr. Saget, a tax attorney, opted out. “None today, thanks.”

“If you don’t buy, you’re not getting through,” Josh said.

“Out of the way,” Mr. Saget demanded. He revved the engine trying to scare us.

“If you hit one of us, we go to the police and you go to jail,” Josh calmly said. “It’s a lot easier if you just buy the lemons.”

Josh stood his ground and smiled. Realizing he was outmatched, Mr. Saget wadded a dollar bill and threw it out the window. We moved aside and he drove off without taking his lemons. This new sales technique was stressful but effective. We sold our stock in 10 minutes and then walked home for lunch. We picked another six bags of lemons and returned to the same spot for an afternoon session. We increased the price to 25 cents a lemon.

Our first afternoon customer was a rough and tumble pool man in a beaten pickup truck. Josh gave him the sales pitch. The guy laughed. “You’re not getting a penny from me,” he said. Josh kept his cool. He lifted a lemon and said, “If you don’t buy anything we’ll smash your windshield.” The pool man reached into his shirt pocket and retrieved a pack of Camels. He lit a cigarette and blew smoke into Josh’s face. Josh started coughing. The pool man then reached his arm out the window and grabbed Josh by the collar.

“You have 10 seconds to get out of the way or I’m gonna make you into pancakes.” He began counting. “Ten, nine, eight, seven…” By the time he got to three, we all moved. He released Josh and thrust his truck into the intersection. We let loose with a barrage of lemons. Todd Jacobs, the best athlete among us, hurled a fastball directly into the windshield. We watched in shock as the glass cracked in slow motion. The pool man screeched to a stop and opened the door. We scattered like bugs.

I ran around the side of a nearby house and hopped the fence into the backyard. I sprinted through several backyards without looking back. Upon entering the fifth or sixth, I ran neck first into a clothesline. I went airborne landing on my back, unable to breathe.

I touched my neck. It was bleeding. I started screaming. The homeowner, Mrs. Hogan who used to carpool me when I was younger, ran into the backyard. She rushed me to the hospital. It took four stitches to stem the wound and six weeks to heal. I’d never again traffic in the world of citrus.