When a Dog Attacks Your Kid 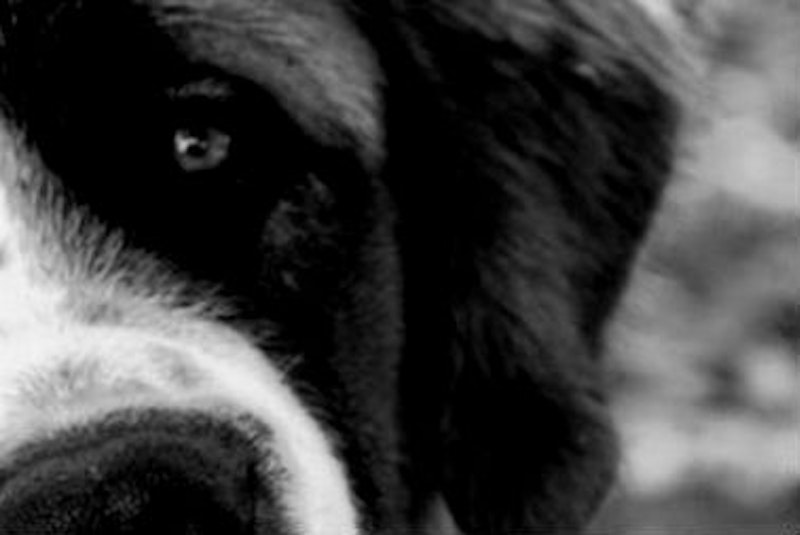 We moved to the country. I’ve never lived on over an acre before, but I love it. The darkness of the sky, the silence, the privacy. We hadn’t met any of the neighbors, which was fine with me. Then, on our sixth night in the new house, our teenage daughter was walking our 12-pound Cavalier King Charles Spaniel on a leash when the Saint Bernard from a nearby house attacked both her and our dog.

She came screaming to our house, banging on the windows, that the 200-pound dog had our dog. She was shaking, crying, and her white coat was bloody. Our dog showed up, he was bleeding. Neither of them were injured badly enough to be taken for emergency care, but both were completely freaked out. Their wounds seemed to be caused by scratches versus bites, which was not comforting.

I was livid. I’m not a big dog fan to begin with, so to discover in my new home, even as I was unpacking boxes, that my child and her dog had been attacked sent me into a tizzy. After determining that no trips to the doctor or vet were necessary, I marched next door with my husband. This is a terrible way to meet the neighbors: “Hi, we’re the McCarthy’s. Your dog attacked our kid and our dog.” But that’s how it went. They asked if our daughter had crossed onto their property. Of course she hadn’t. Blame the victim? Then they mentioned they had discussed getting rid of the dog “if this ever happened,” and that the dog has “jumped the electric fence before.” None of this made me feel better.

I went home and got more of the story from my daughter, learning the dog had actually left their property to attack her and our dog. I took her back to the neighbors’ house to explain what had happened.  She was merely walking our dog on the leash. Their dog actually picked up our dog in its mouth and shook it around like a toy—when my daughter tried to intervene, he jumped up on her (he’s about twice her weight) and knocked her to the ground. She tried to protect herself and it was her hands that got scraped up in the shuffle. They were apologetic, told her it was not her fault. She was terrified they’d get rid of the dog and it would be her fault. The dog (who will forever be called Cujo in my brain) growled at me.

For a few days I pondered what to do. I wanted to call the county but I felt badly ratting out the neighbors. But every day after the incident, that dog was loose and in the backyard again and my younger kids, having seen their sister and their dog, were afraid to go outside because “what if the dog attacked them too.” So now, though we moved out to the country to have room for the kids to run around, we were supposed to be afraid to go outside? Unacceptable. I called the neighbors. They said they were thinking about giving the dog away. I could hear the dog barking in stereo—through the phone and from my window, where I could see him loose outside.

The next day, I called the sheriff’s office to ask their opinion. I had three options: to ask for a citation to be issued (which came with a fine), take them to court to ask for the dog to be removed, or simply file a report and not ask for further action. I chose this last option as it was the least confrontational, but because the dog had attacked my daughter they had to notify the neighbors to see that that the dog had current rabies shots. This seemed reasonable to me.

We saw the neighbors in a store this weekend and they did not speak to us. For a while, I felt guilty, because that’s what we were raised as Catholics to do. Maybe I shouldn’t have reported the incident. Now they hate us and it’s my fault. Then I remembered that all week I’ve been afraid to walk down my own street past their house, and how happy my kids are when the dog is not barking his scary bark, and I don’t feel that bad.