I'm forever behind the times. 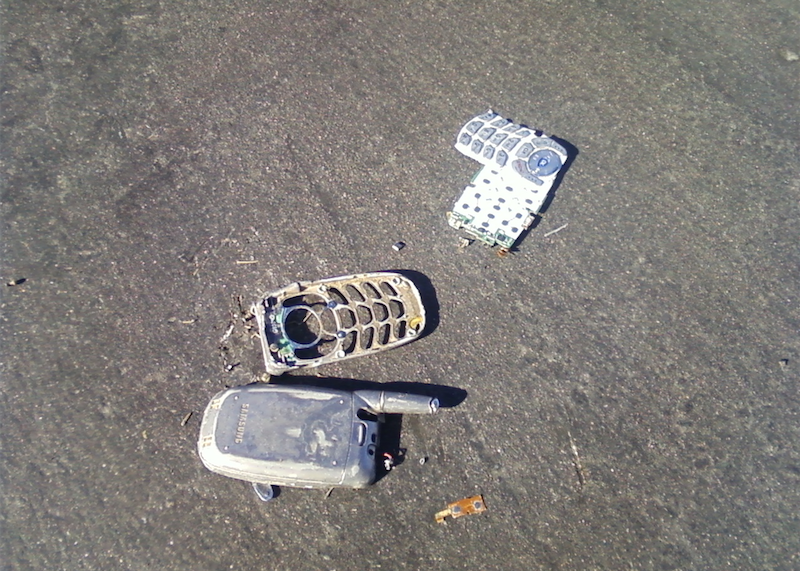 I’ve never been good at following trends. Even when I was younger and desperate for peer approval, I usually failed to keep up with whatever was cool. Always rocking what was no longer rocking, As I got older I stopped trying to keep up, was even aware of the fact that I wasn’t, and while I never quite managed to sustain the intense kind of so-uncool-it’s-actually-cool posing now referred to as being a hipster, I eventually found my own style.

Mostly, that style’s characterized by stubbornness. Cargo shorts are out, and anyway they ruin a man’s figure, making him look like a big kid? Too bad, I buy them in the thrift store, while the cool guys are looking for the short or tighter shorts. Beards are in but goatees aren’t anymore? Nope, I’m gonna keep the same facial hair I’ve had since I was 19, back when the little puff of chin-hair was all I could grow. And that new toy or device that everyone seems to be unable to live without? I’ll skip it, see how long I can do without. I never got into Tamagotchi or Gameboy as a kid, and when pagers and cell phones started to become popular, I paid little attention.

Of course, I didn’t resist the cell forever. I went to high school at a time when they were fairly rare, at least in my rural town, but by the time I got to college, it seemed like I was about the only one of my peers without one. I eventually broke down, and since then I’ve been on the trailing end of that technology, to the point where I am now, about to buy my first smartphone. After losing my old, brick-like phone, I found out that it’s almost (and, depending on the service provider, sometimes exactly) the same price to upgrade as it is to stay in the telephone dark ages.

Besides, it’s tough resisting change. I’m tired of depositing checks at the bank and having to explain that I don’t have a phone capable of installing their photo-depositing app. I’m tired of not getting my boss’s emoticon—and image-laced jokes, seeing only little boxes where, she often explains to me, I should be seeing dancing kittens or little piles of what I think is supposed to be poop. I’m tired of getting lost on my way to a new restaurant, of memorizing or printing out directions for a cross-country trip, of hurrying home to check for an important email. I’m especially tired of feeling like everyone I know—my friends and family, my coworkers and students, everyone—takes for granted something I’ve been actively denying myself.

The time has come to accept the phone of the future, or at least of the present. Because, of course, the one I chose is already old, already out of date. But I’m used to that.