A Kaleidoscope to Collide With

Room to move is all that matters. 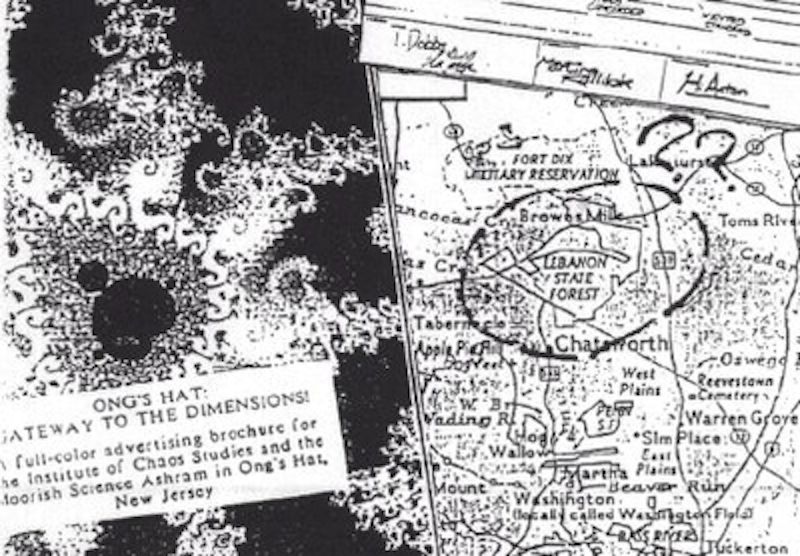 Sunrise over Atlantic City is a contradiction in terms. The sun’s been setting on Atlantic City since the late-1960s. The casinos didn’t really have much of an impact on that, maybe slowed it down a little bit. On the heels of the Civil Rights Act of 1964, every major city in New Jersey went into decline. Rampant violent crime and the occasional riot drove businesses out of Camden, Newark, Jersey City, Atlantic City, and Asbury Park. Those cities never recovered. Poverty doesn’t cause crime. Crime causes poverty.

Will and I ditched the Travelodge and headed back to the Ten Acres to try the breakfast at the Cracked Egg next door. Chris and Melanie Ruggles opened the place in April of last year, and it has swiftly risen to the top of the list of breakfast joints in South Jersey. Melanie says, “I like the atmosphere of breakfast,” and it shows. It’s bright and sunny, unassuming, and perfect in every way. Will had an excellent omelet and I enjoyed two eggs over medium with scrapple. The scrapple was done just the way I like it: a little crispy on the outside, soft within, not like that horrid burnt crusty hard scrapple that so many Jersey diners think is edible. The coffee was excellent, as was the atmosphere. It was all so good that I forgot to ask them how to get a room in the Ten Acres.

We headed off to Batsto Village to visit the Nature Center, which has lots of good information on the flora and fauna of the region. Will was astounded to learn of the 17 trillion gallon aquifer of some of the freshest water on earth sitting just below the Pine Barrens. I pointed out to Will that it hasn’t been sold to Nestle yet, but that I’m sure that the corrupt bloated gasbag sitting in the governor’s office will get around to it before he leaves.

Will’s car has all-wheel drive and he’s a whimsical fellow, so we took a road I’ve never taken before, which led to a series of unpaved roads leading deeper and deeper into the Pines, to places where the sun never quite reaches  the white sand, places of eternal shadow. Further and deeper in we went, in the general direction of Ong’s Hat. At one point we stopped the car to allow a large rattlesnake cross the road. Two deer paused to look at us as we crossed a little one-lane wooden bridge and exited the forest to Route 72.

We drove west until we hit the Four Mile Circle, where a gentle right turn led us to Ong’s Hat. There’s nothing there but ruins scattered in the brush, overgrown and nearly invisible. I told Will what I knew about Wali Fard, the Institute of Chaos Studies, and the Dobbs twins, Frank and Althea, how I came to meet them all, and the unusual activity out here in the late-1970s. The story is too elaborate to summarize with any real clarity, with a large cast of characters, but it’s brilliantly laid out by Joseph Matheny in his book, Ong’s Hat: The Beginning. The gist is that the Dobbs twins came down from Princeton after reading one of Fard’s many Xeroxed pamphlets describing his unusual theories regarding the nature of space and time, and together the three of them formed the ICS and created what amounted to an interdimensional rift, a “Stargate.” We called it “the Egg.” The military somehow got wind of it and sent a hit squad down from Fort Dix. They killed a few people and destroyed the LSD lab, but the twins and Fard escaped through the rift and closed the gate behind them, never to be seen again.

“How do you know this?” Will asked.

“I was there. Where do you think I was getting my acid?”

The sun was setting, with maybe an hour of daylight left. We had some beers in the cooler in the car. We smoked a joint and drank a couple of beers. A large crow landed just a few feet away and just sat there, staring at us. Will fetched an open bag of stale Fritos from the car and tossed them out. The crow ate them one by one, carefully, meticulously, not missing a crumb. After the last one, he flapped his wings at us, did a little dance, and flew off with a loud caw. The sun dipped below the tree line.

“Sure,” I said. “Why not? We have all the room we need. Room to move is all that matters. A kaleidoscope to collide with. Wanna see a Higgs Boson?”