What’s in Your Lunch Box?

Spam will kill your social status. 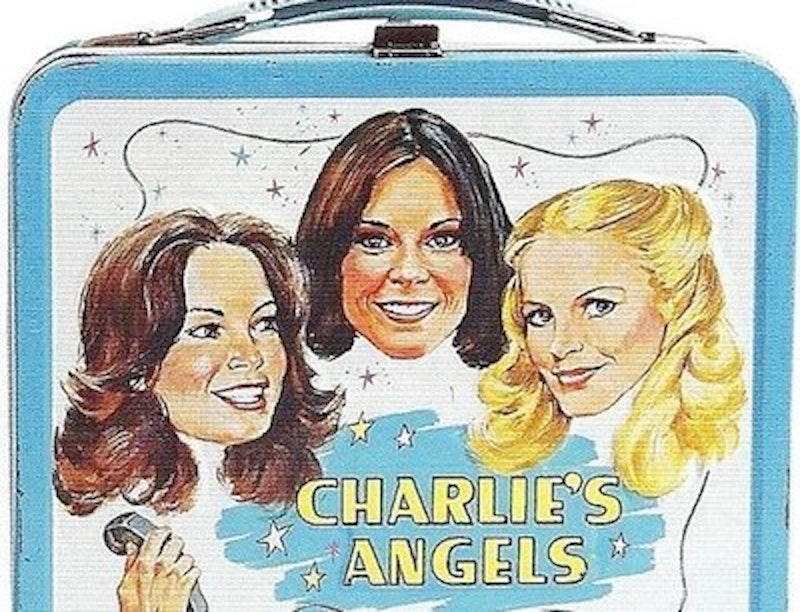 When you're in school, but especially around sixth or seventh grade, what's in your lunch box can be crucial to social status. Back in Catholic school in the early-1980s, my dad, when he wasn't out of town on business, made the lunches for whatever of the six kids in our family were school age at the time.

Wonder was the bread of choice, the only bread I ever remember seeing in our household. I couldn't have told you what other bread existed at the time—I suppose one exotic kid at our lunch table might've had wheat or rye, but back in the 70s and 80s healthy eating wasn't fashionable.

The most commonly spread items on that bread were Skippy peanut butter and Smucker’s grape jelly, its slimy unnatural purple surface in a thin layer between the gooky white layers. I didn’t even like peanut butter and jelly (and preferred crunchy peanut butter, but never won that battle over my siblings) but it was cheap, so it was king of the apartment complex. I pulled the crusts off and like every other food we were given as kids, ate it because it was what was served. There weren’t any picky eaters in those days, at least not in our "upper white trash" place, if you didn't like what was for dinner, maybe you'd get lucky and like it the next day.

In fact, the next day, you'd probably see it again, in your lunch box. I remember being jealous of brown paper bags. They were for the rich kids, who could apparently afford to throw away such a luxury item. Having a Wonder Woman or Hollie Hobbie lunchbox was fine for a second- or third-grader, but by seventh grade I would've killed for brown paper to ball up and pitch into an oversized gray rolling plastic bin. There are no cool themes for aluminum lunch pails at that fragile age. So I'd turn red as I opened the metal clasp on my Charlie's Angels box and pulled out the cold meatloaf sandwich, noting the red stains of the ketchup leaching through the thin white bread.

I hated meatloaf the night before and even more cold the next day. I'd do anything to get a dime for a warm soft pretzel from the cafeteria so I didn't have to choke that thing down, often resorting to a sale—Tastykake included—with a random basketball player. Dad tried sending Spam, olive loaf, and liverwurst and those were the three lunchmeats where the line was drawn: I’d really rather starve, Dad, the smell of any one of those three would make me hurl. The veto was accepted, more tuna was dispatched, complete with relish mixed in, too much mayo making the bread soggy.

Another embarrassing lunch item was one where dad ironically tried to save us from looking poor: the hot dog in a thermos. He was a tad overconfident in the heating qualities of the lunch box thermos, often putting last night's chicken soup inside (like we wanted to be humiliated bringing out a metal spoon from the kitchen at home to eat it). So on hot dog day, when the “normal kids” were paying a buck apiece to the hairnet-capped highway robber cafeteria ladies, my dad had sent a ketchup-topped, now-shriveled Oscar Meyer off-brand inside our thermos, rolled in tinfoil, bun on the side. Nasty. There was no trading that, though, so I'd usually quickly assemble it while the other kids were in line and choke down the cold, disgusting mess. At least it looked like I had a hot dog on hot dog day; the appearance of fitting in, even if it wasn’t inside a brown paper bag.