Mindless pleasures are a necessary pursuit. 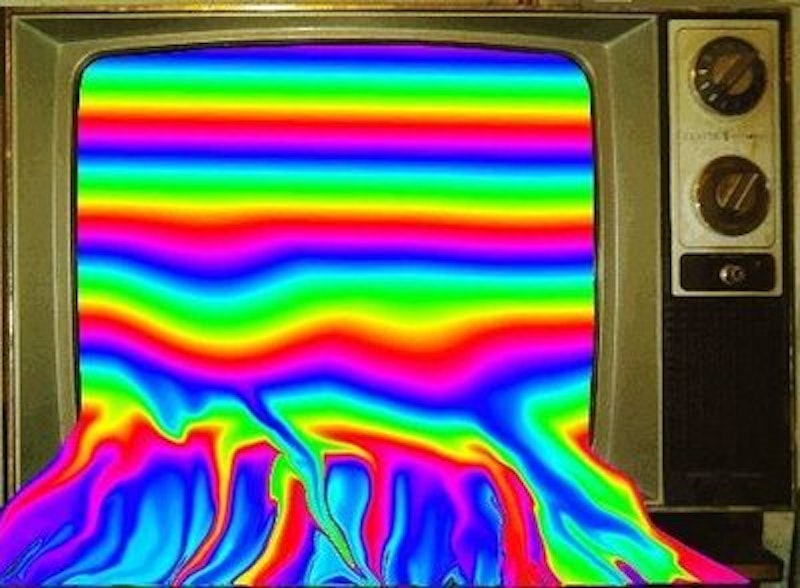 The one outstanding thing about the 21st century is the amazing range of television entertainment available. It’s easier than ever to get lost in a compelling long arc narrative. Like many longtime New Yorkers, I tend to avoid going outside. There are too many idiots out. It’s intolerable. I prefer to stay home with the cats. I spend a lot of time online studying the antics of the various conspiratorial factions battling it out for global domination, looking at obscure history, and feeding an endless appetite for schadenfreude by watching California sink into a sea of red ink like a fly drowning in a pot of glue. They’re going to have to legalize heroin to fund the impending pension tsunami out there.

Having spent most of my adult life in New York City and California, I’ve always maintained that California is to states what New York City is to cities: it has everything. They’re perfect microcosms, and funhouse mirror reflections of each other. There’s a weird symmetry there. Fifty years ago, LSD hit the streets. In San Francisco, it was all about Haight Street and the Grateful Dead. In Manhattan, it was St. Mark’s Pl. and the Velvet Underground. The NYC/SF dynamic has always been Harsh versus Mellow. What the two cities share is a sense of parochial hubris that makes Paris look modest.

After a few hours of tracking the daily political slapstick, I’m ready to get lost in a good yarn, which abound these days. For decades, television relied upon a formula of discrete episodes, neat little half-hour or one-hour stories, maybe a two-part cliffhanger here or there, but nothing extended. The long arc television narrative really begins in the late 1960s with The Prisoner, starring Patrick McGoohan. It was conceived and executed as a 17-episode series, the first of its kind. In the mid-1970s, Mary Hartman Mary Hartman turned the soap opera on its head with its epic account of suburban despair.

Then came Twin Peaks, and The X-Files, and David Chase’s incomparable The Sopranos. After the stunning success of The Sopranos, the long arc narrative exploded. Now there are dozens to choose from. It appears that the forthcoming adaptation of Stephen King’s seven-volume epic The Dark Tower starring Idris Elba is going to straddle cinema and television in an intriguing and innovative way.

The news is horrible, and humanity isn’t likely to snap out of it anytime soon. I’ve never been under the delusion that Donald Trump is going to save us. I supported him and voted for him solely because of who hated him and the fact that the alternative was the single most vile creature ever to slither out of the fetid swamp of American political corruption. It’s important to pay attention to what’s happening, not to flinch away from it. It’s even entertaining sometimes, like a Cormac McCarthy novel or an interview with Ted Bundy. After a while, though, it’s like hardcore S&M: it feels so good when it stops.

Mindless pleasures are a necessary pursuit. “Mindfulness” is a buzzword among the white-light tree-hugging blissninny crowd these days. The emphasis is on mindful eating, and being mindful of the effects of our actions on others, all well and good, but far more important is being mindful of how you are being manipulated by the Mockingbird media minions of a war machine that never stops, a juggernaut that benefits a tiny few at the expense of every other man, woman, and child on Earth. It’s certainly an abyss, and not one that you should stare into for too long. Rumor has it that someone is working on a Buckaroo Banzai series. That’s worth sticking around for. Maybe some genius will adapt Gravity’s Rainbow, or the Confessions Of Aleister Crowley. I wish Robert Altman were alive to do the true story of the 2016 Presidential campaign. He’d have fun with it.