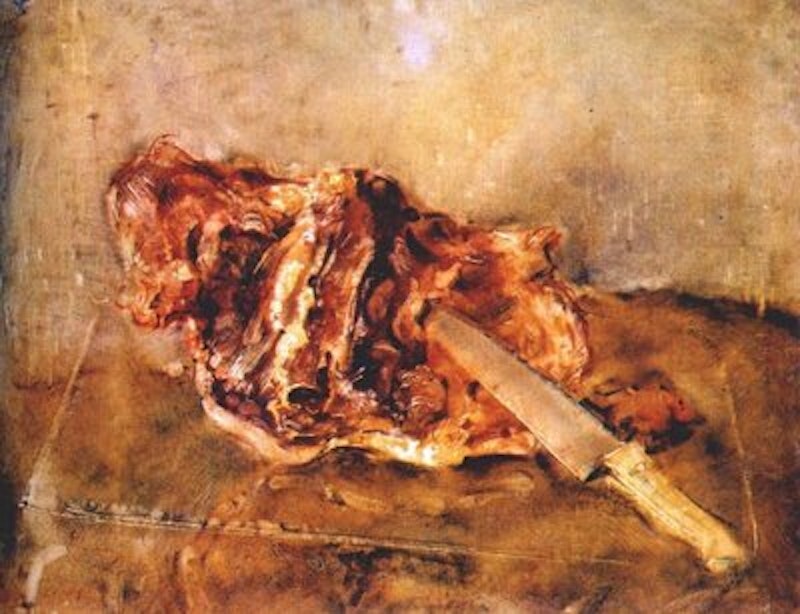 I’m often accused of being a “gloomy Gus” in my writing—but those who know me personally will attest that in real life I’m of a cheerful temperament.

Yes, by the hearthside at night, sharing a flagon of boysenberry wine with Brother Aiden while Mother and Sister Marie feed the swine and scrape the barnyard filth off our work sandals, I’m fine company. There’s a difference between a philosophical pessimism, which I possess, and an inability to find joy in God’s creation, which I most emphatically do not.

There are several things that I find positive at this moment, here in our vallis lacrimarum. Reasons to be cheerful, indeed!

I hesitate to “go public” with this news, as it’s not verified, and may well turn out to be untrue. Still, the Russian Orthodox convert grapevine tends to be trustworthy. And the news is so delightful that I can’t restrain myself from proclaiming it, with a small hiccup of joy in my voice.

That news is this: Daniel Larison, the star American Conservative blogger and scholar of Byzantine culture has finally been offered a tenure-track academic position appropriate to his genius. Now, my priest here in Indiana, Father Nicodemus, is unsure exactly what school has offered Larison, a PhD from Chicago (“Mr. Hutchins’s university,” as my grandfather called it), this coveted position. But Nicodemus has heard the names of three Ivies bruited about, as well as of two top liberal arts colleges in the Midwest and an excellent West Coast public research university.

I suppose Professor Larison has been contracted to teach Byzantine history or else Russian Orthodox theology. He’s the author of profound meditations on the Logos, and he’s arguably the most accomplished horse-faced Old American Orthodox-convert snuffler/theologian ever generated by the sun-baked scrublands of greater Albuquerque. Those unfamiliar with his oeuvre are encouraged to browse it here. Jewels of wisdom await them.

On the other hand, Larison is also a leading Slavic linguist and keen interpreter of post-Soviet political currents. So maybe he’ll teach Slavic linguistics, or, following the great Scott McConnell, continue the noble mission, dear to us Anglo-Saxon Americans of all denominations, of interpreting the Prerogatives of Muscovy to a world foul with Zionists, cosmopolitans, oral sodomites, impudent Galician bohunks who loiter on slum corners in Rust Belt cities, and other sundry trash.

I hope this rumor about Professor Larison is true. Again, it hasn’t been verified. If it should prove not to be true, I’ll be disappointed.

The deed is done! The lamb hath been led to the slaughter! O most toothsome gigot! O most convivial feast of the holy and venerable Pascha!

Yes, Pascha, the Russian Orthodox Easter, approaches. Since we take our food seriously here in Indiana, we always kill our lamb for the Pascha feast two weeks in advance, so as to properly age its succulent shank. The thought of that shank, encrusted in rosemary, roasted to a turn, washed down with the honest red wine of our own small vineyard, gave Brother Aiden and me joy as, in our blood-spattered smocks, we bludgeoned the expiring lamb about the skull with our leaden mallets.

The bloody juice pooling on the platter after I carve the shank will represent the blood of our Savior, of course. But it will also represent the fecundity of springtime itself. That tasty red juice is a metaphor for the blood that leaks each month from between the vaginal lips of young women of child-bearing age, my own beloved, if errant, Daughter among them.

A third blessing for which I am grateful: these useful “pickpocket-proof” shorts, which have given me peace of mind during recent trips to the crime-ridden larger municipalities of our Midwest, in particular Cleveland. (Where I was “shaken down” for a several-dollar “donation” to a transient one cold night several years ago.)

Stowing my cash and the keys to my 1999 Civic in the specially designed secure pocket, I have new confidence as I walk “mean streets” to the plumbing supply warehouse in Indianapolis or to the wholesale feed merchant in outer Cincinnati.

I should stress as well that these shorts’ quality justifies their rather high $85 price point, and that they flatter their wearer.