What Dads Will Do For Their Kids 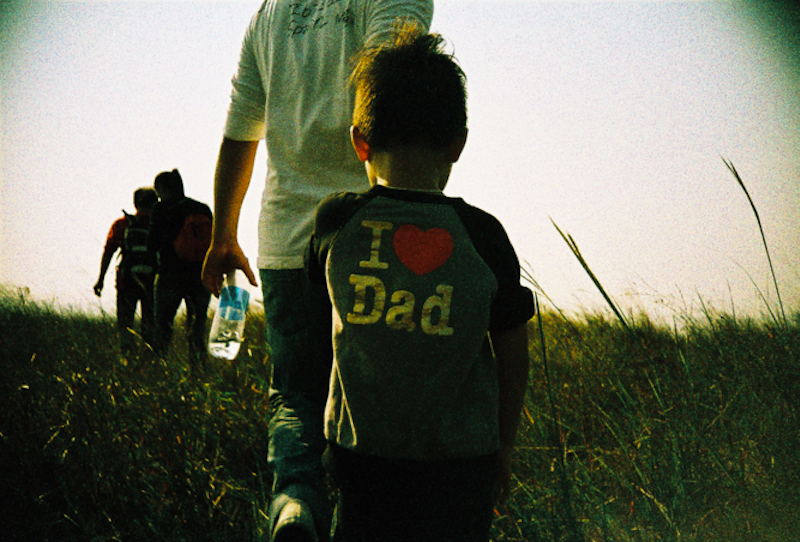 You’re a producer for an American talk radio program. A Texas businessman has written a letter to the editor in The Dallas Morning News. Your host wants to talk with him about it. You find his number, call him up, and introduce yourself. He might have a few practical questions: What time? How long? And then he'll give the go ahead, nine times out of 10. Practically everyone in America who isn't deathly shy of public speaking wants to be on radio and, ultimately, on TV.

Now, same scenario, except this time in Alberta, Canada's Texas equivalent. You call up a businessman who has a letter in today's Edmonton Sun and begin the introduction. He cuts you off with “How did you get this number?” He refuses, politely, before hanging up. According to a producer who once worked in talk radio on both sides of the 49th parallel, those were the typical reactions he'd get when trying to get Americans and Canadians on the air. Canada's free speech protections aren't as robust as ours, which plays a role in that hang-up. Yet Canadians are ultimately a more private people than Americans. This is reflected in their laws and in their culture. They're slightly paranoid about privacy.

So it's possible my future Canadian father-in-law will not be happy with these words. I’m marrying Len's daughter Saturday at a big wedding that’s made possible in large part by a not insubstantial “cheque” he wrote. He didn't have to do that. He thought about it, wanted to do it and did. Without going into any details, it was a painful for him. It made the difference between us having a small wedding and a big one, between having the reception in the church hall across the street and having it in the much nicer ferry terminal, and dozens of other little-turned-big things as well. Len has my thanks and, for the moment, my incredulity. It’s not a check I would have written. Clothing, feeding and sheltering your children when they’re young is a mandate of both law and morality. Helping them out when they are older is nice and desirable to an extent, but let's not get carried away!

And yet, this column is being banged out on the latest in a very long line of computers, the first of which was purchased by my own generous Dad. He bought it on a credit card when we were very close to busted financially and smuggled it into my old room in Tacoma, Washington. At the time, his oldest son had little direction, lots of frustration and only the vague notion that a future as a writer beckoned. Here was the tool to do that, unopened, right in front of me. Seeing it, I started freaking out, shaking. I knew we couldn't afford this and now it was my responsibility to make it work. It did, but still seems like an extra long shot that somehow paid off. When I am a father myself, maybe I'll start to see the sense in such extravagant wagers on one's own children or love them enough not to care.