I just don't have the time this year. 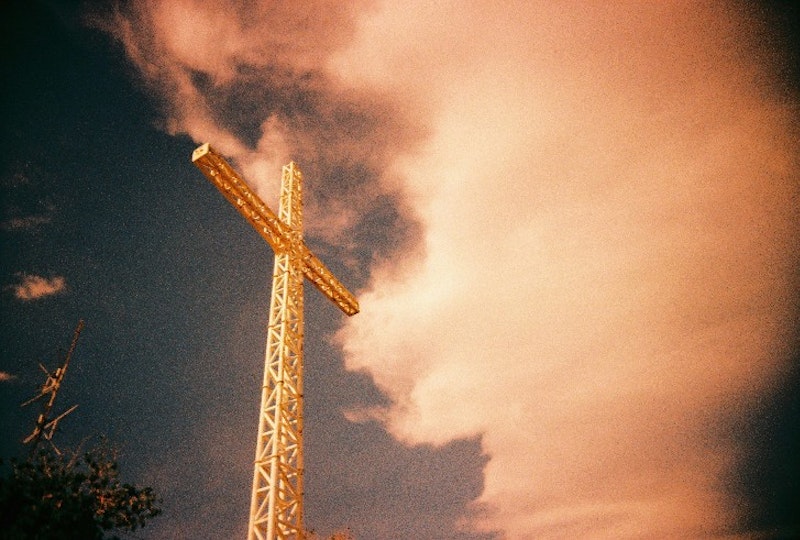 The phrase “Good Friday” is not in any book of the Bible, though you can find references to it in annotated versions. Same goes for Christmas, Maundy Thursday, and many other holy days. The days that they memorialize are in Scripture, but they would be named later, as the rituals of the Church took shape. Good Friday is the term most Christians settled on to describe the day of the death by crucifixion of the world-famous rabbi from Nazareth.

They did so because Jesus Christ died on a Friday and that there was something ultimately good about it. That doesn't mean good in the sense of “desirable.” In the Gospel according to Luke, Jesus was literally sweating blood the night before at the prospect of what he was about to go through. He begged God the Father to spare him from that before ultimately accepting it, and going through it. Rather, the good in Good Friday means pious, right. And in the larger scheme of things, necessary.

Terrible Friday is what I would’ve called it. But nobody asked me, and my religious sense is hardly mainstream. While most Christians get the eggs, dresses and brunch reservations ready for Easter, in time for Jesus to make his annual reappearance, I'm much more drawn to the terrible events of today. I'm bad at reading the Bible and praying for most of the year, but not on Good Friday. It's the one day that I feel closest to God, because it's the day when the Son of God learned what it means to be human.

It used to be a fairly widespread practice on Good Friday to meditate on Christ's “passion” during the time designated as the hours that he hung from a Roman cross before his death, noon to three in the afternoon. With the aid of a remarkable book by New Testament scholar Joel Marcus, I’d taken up that discipline. On the typical Good Friday, I would go off and find an empty church or roadside chapel and read out loud. I would think and whisper things up to God and wonder.

Not this year, however, for the embarrassing reason that I just don't have the time. With only a week left until my wedding, there are boxes left to be schlepped, clothes to be packed, furniture to disassemble, details to be crossed off lists, future in-laws to have meatless lunch with, and work that can't be gotten out of. It's lousy, but such is life. “Next year in Jerusalem!” as my Jewish friends would pray.