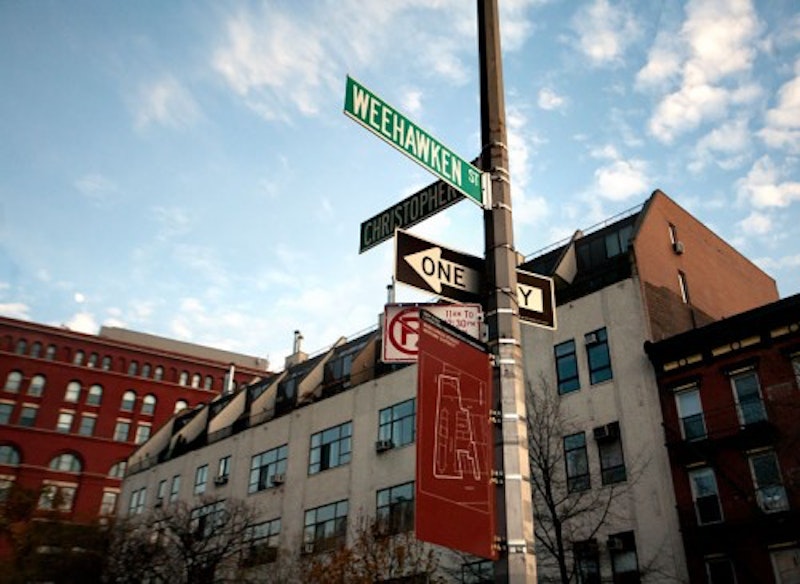 I have never been to Weehawken, New Jersey. Not once! And that’s fairly odd, since my visits to other urban New Jersey Hudson River-side locales, such as Jersey City and Hoboken, have been fairly frequent the last twenty years. It’s all about the PATH train. I can be in Hoboken and JC in minutes from midtown Manhattan, and even places like Newark and Nutley, accessible from Newark’s “City Subway” surface line. However, now that the Hudson-Bergen Light Rail has been extended through Weehawken these last couple of years, I might make it yet. I’m aware of its historical significance—it’s where Alexander Hamilton was shot by Aaron Burr. And I'm aware it has a wealth of dead ends and picturesque step steets to explore, as well as fine Manhattan views.

However, I have been to Weehawken Street, one of the Village’s lesser-known streets…

By some accounts “Weehawken” is derived from a Lenape Indian phrase meaning “rocks that look like trees.” 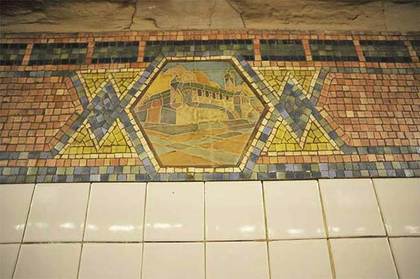 The short lane, which runs between Christopher and West 10th Streets just east of West Street, stands on what, in the colonial era, was the grounds of the Newgate State Prison. Nearby Charles Lane is a Belgian-blocked alley that used to run along the prison’s north wall. The Newgate State Prison is depicted in the mosaics of the Christopher Street station on the IRT #1 train, on the 7th Avenue Line.

After Newgate’s prisoners were transferred to Sing Sing (named for the Sintsink Indians on whose former land the prison was built), NYC reserved the waterfront area between Christopher and Amos (later West 10th) for a public market. Weehawken Street owes its existence to this market, as it was laid out around 1830 to accommodate wagons bringing produce to and from the market, serving the small wholesalers built along its length. Christopher Street was also widened in this area to accommodate the market. Farmers from New Jersey locations—prominently, Weehawken—set up stalls in the market.

Despite its opportune location, the Weehawken Market did not successfully compete with the larger Washington Market further downtown (in a plot now occupied by the Independence Plaza Apartments). The market was abandoned in 1844 and plots were sold off to private owners who proceeded to erect a variety of structures on the west side of Weehawken Street. Developers had already been busily constructing buildings on the east side of the street since it was opened in 1830. 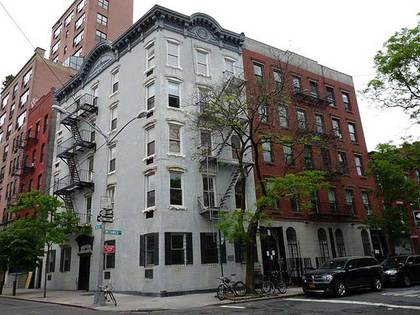 The southeast corner building on West 10th and Weehawken Street is among the younger buildings in the area. It was constructed in 1873 for brick manufacturer Charles Schultz as a tenement housing eight families and a store. By 1896 the ground flor was occupied by a saloon called the Plug Hat, and into the 20th Century the house was owned by brewers and saloon keepers. In 1961 the last saloon moved out and the ground floor was converted to a laundry. 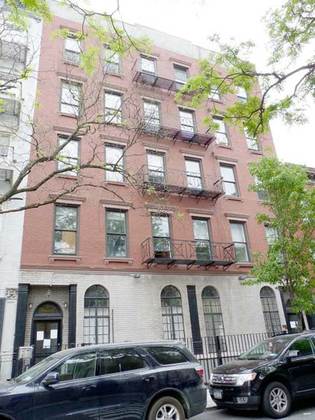 Nos. 3-5 Weehawken, on the east side of the street, was constructed by architect Mortimer Merritt as tenements in 1876-1877, as tenement housing for the nearby Beadleston brewery, which had actually purchased part of the old Newgate prison and incorporated it into the brewery building. Prohibition took a toll and the brewery was demolished in 1937.  The ground floor brickwork was added in 1928. 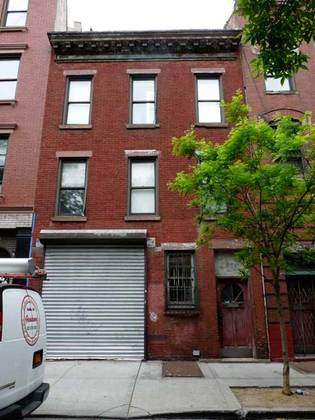 No. 7 Weehawken Street goes back to the dawn of Weehawken Street as it was built when the market was still open in 1830, for New York City Superintendent of Repairs Jacob Roome. In 1845 it was bought by Cornelius Van Schaack Roosevelt, the grandfather of future President Theodore, and remained in that family until 1920. The building originally had a ground floor stable that was altered into a garage and auto repair shop in 1921. In the 1950s, the building and plot were acquired by Meier & Oelhaf Marine Supplies, which combined the No. 7 lot with their adjoining holdings in 1971 around the corner on Christopher Street. 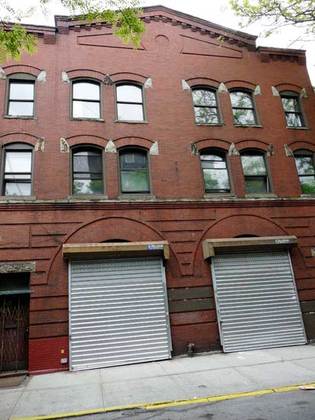 Nos. 9-11 Weehawken Street was constructed as a stable building in 1908 by Thomas Lynch, replacing two other Beadleston brewery tenements, and was converted to an auto garage in 1922. For most of its history it has been used as an auto garage, electrical contractor and as part of the Meier-Oelhaf marine repair operations. Like No. 7 Weehawken, the building is privately owned today. 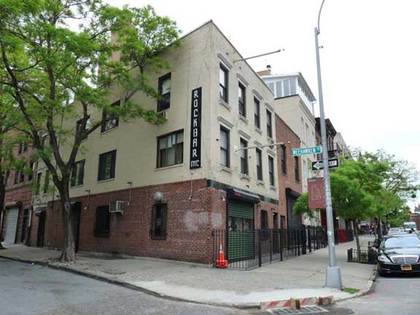 185 Christopher, on the corner of Weehawken, stands on a plot originally developed by Stephen Allen, a former mayor of NYC, in 1829; Allen served from 1821-1824. Allen, a wealthy sailmaker and banker, recommended the closure of the Newgate Prison during his term. He perished in the crash of the steamboat Henry Clay in the Hudson near Rivedale in 1852. Allen first constructed a warehouse on his property here in 1837; after Allen’s death, wealthy Scottish merchant James Lee acquired the property, including the warehouse, and expanded it into the corner building seen here. The building has seen a variety of uses similar to its fellows along Weehawken Street. Until recently the ground floor was home to gay bar The Dugout. 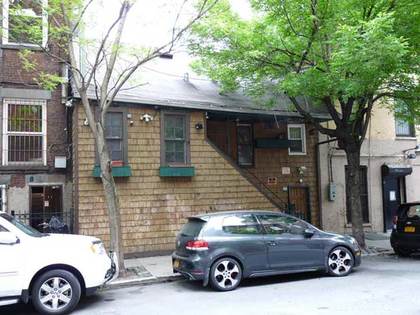 The second oldest building on Weehawken Street also fronts on West Street and is known as both No. 8 Weehawken and Nos. 392-393 West Street. By many accounts it is the only building left over from the old Weehawken Market and one of the few wood-frame buildings left in Manhattan. It had been in a row of similar buildings that had all been demolished by 1937. 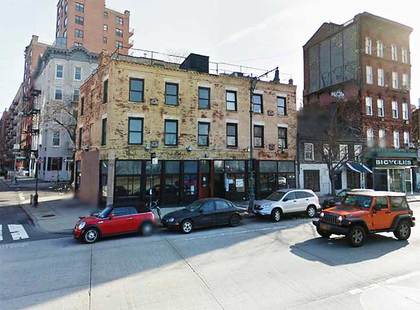 One more venerable building wedged between West 10th, Weehawken and West Street is No. 394-395 West, built for oyster dealer William Forsyth in 1848. The backs of the buildings face Weehawken Street. For most of its history it has been home to comestibles dealers, lunch counters, grocers and liquor stores, as well as another gay bar, The Ramrod, in the 1970s and 80s.