From Mark Twain to Mad Men. 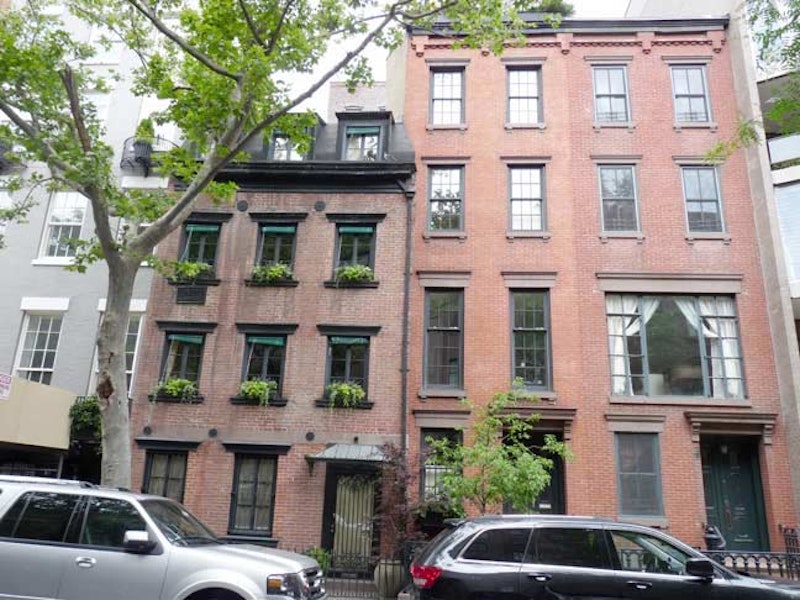 The east-west numbered streets of Greenwich Village are old enough to have preserved some architectural archaisms, attached townhouses from the early 19th century, and those that purchased them before property values increased as the neighborhood improved are sitting on gold mines. There are also some buildings that went up in a more modern era, before the blocks were safely landmarked and couldn’t be built upon anymore, at least with out-of-context structures. But the contrast between old and new makes these blocks visually interesting.

Above, 43 West 12th Street, is a brick townhouse on a handsome block full of them on both sides. But a closer look reveals one difference — the west side of the building has an oblique angle. When the building was constructed in the early- to mid-1800s, Minetta Brook (or Creek) still ran along the surface, and the building ran along the brook. Two streams converged just south of 12th Street and ran down to the Hudson River in Washington Square and along Minetta and Downing Streets. The brook was redirected underground decades ago. 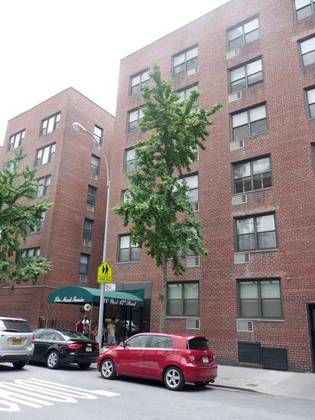 The Mark Twain Apartments, 100 West 12th near 6th Avenue. Why is the Sagebrush Philosopher remembered here?

Mark Twain was a NYC enthusiast, and a frequent visitor and resident from the first time he came here in 1853 at age 17, explaining he was out of the work at the time and bored with Missouri. Twain visited many NYC landmarks still standing today: Cooper Union on Astor Place; Plymouth Church in Brooklyn Heights; the Players Club he helped found in Gramercy Park; Delmonico’s on 5th Avenue; the Century Club on West 43rd Street.

Twain lived at the Gilsey House, a magnificent old pile at Broadway and West 29th; a townhouse at 14 West 10th Street, much later the site of Joel Steinberg’s murder of his daughter; and Wave Hill, the magnificent mansion and grounds in Riverdale up in the Bronx.

Twain’s signature is seen in one of the notebooks preserved by the Bigelow Pharmacy on 6th Avenue and West 8th Street. His spirit seems to pervade NYC, even though he was more of an ironic observer than a resident. It could be said that he was often in NYC, but not of it. 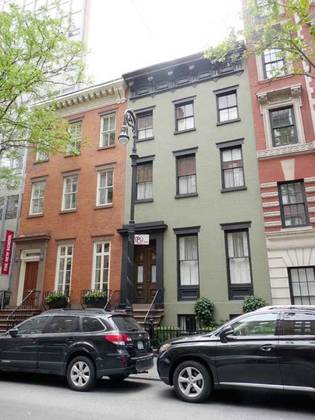 #78 and 80 West 12th, a pair of surviving townhouses from 1850 or even earlier. #80, in particular, may have its original door still intact, and the stenciled address has been there a long time as well. #78 was on sale a few years ago for the bargain price of nearly $11 million. 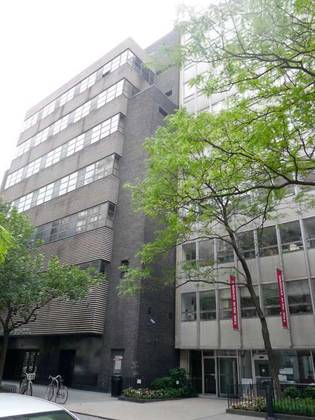 Directly to the townhouses’ east is the New School complex. The school was “new” when founded in 1919, and when the streamlined building on the left went up in 1930, this was outré avant-garde architecture, to be sure.

There are landmarked buildings elsewhere on the campus such as the egg-shaped Tishman Auditorium, designed, as was #66 West 12th, by architect Joseph Urban. 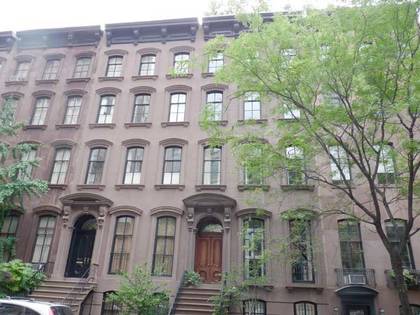 There are a couple of rows of handsome brownstones on the south side of West 12th Street, According to NY Songlines’ Jim Naureckas, David Byrne once lived in one of the brownstones seen on the right, while Joan Holloway of Mad Men lived in #42, in the center. 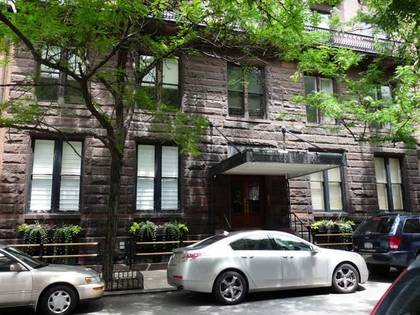 Among 12th Street’s multifamily buildings, #31-33, the Ardea Apartments, stands out, with its rough cut brownstone, balconies and awning. It was built in 1891 by dry goods magnate George Hearn (Hearn’s would go on to dominate as a department store chain until the latter part of the 20th century); by legend, it was given the name Ardea, or Latin for heron, which sounds like “Hearn.”

Inside, the building’s original staircase and newel posts, and oak iceboxes in the apartments and marble staircases are still intact.

Among its list of distinguised residents over the years was the great physicist, Marie Curie. 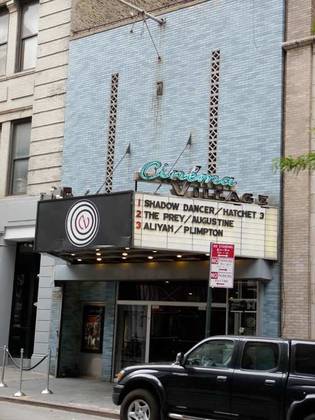 I don’t recall the last picture I saw at Cinema Village, at #22 East 12th between 5th Avenue and University Place, and you can never assume that places like this will always be there — but I’m glad its classic neon sign and plastic lettered marquee are still around. It sure doesn’t look like it, but it was built as a firehouse in 1900 and remained one until 1957, when it was converted to a theater. 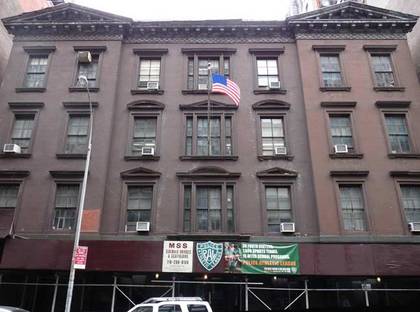 #34 1/2 East 12th, now the Police Athletic League headquarters, was built as a school for girls in 1855 and, except for the air conditioners in the otherwise original windows, must look very much the same as it did then. Even the sidewalk scaffold has been there for years.