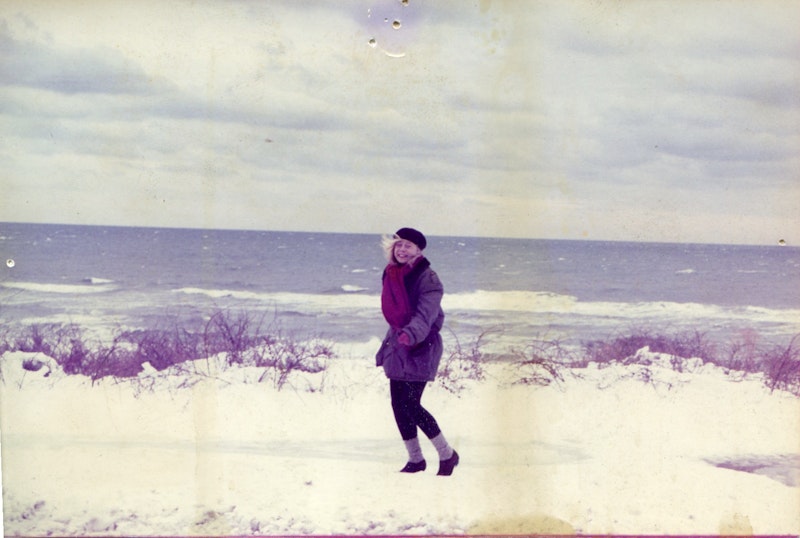 The 50th anniversary celebrations, and revisionist ideas, of influential 1960s rock and pop acts are coming at such at clip it’s hard to keep up. God only knows how many stories will be written about The Beatles’ Sgt. Pepper’s next year—I’ll confess I wrote such an essay for The Wall Street Journal nine years ago, on the record’s 40th—and one or two will be fun to read, although I’m not sure much more can be said on the subject.

Last month, New York Times music critic Ben Ratliff held forth on two inconsequential new books by Beach Boys members Brian Wilson and Mike Love for The New York Review of Books, and I must say it was a curious read. Ratliff, born in 1968, writes from a retrospective point of view, although the following excerpt reads like a precocious college student’s evaluation rather than from a noted critic who’s pushing 50.

But time and social change have been rough on the Beach Boys. Their best-known hits (say, "California Girls," "Help Me Rhonda," "I Get Around") are poems of unenlightened straight-male privilege, white privilege, beach privilege. It is hard to imagine that they helped anyone toward self-determination or achieving their social rights.

It’s tempting to believe that Ratliff’s two paragraphs above were facetious, a joke played on the very earnest NYRB, but I think that’s giving him too much credit. The question has to be asked: were not members of pop music’s pantheon 50 years ago—Dylan, The Beatles, Rolling Stones—also writing songs from the futuristic notion of “unenlightened straight-male privilege, white privilege”? Was Dylan’s “Positively Fourth Street,” a scathing, and brilliant, song of revenge aimed at one or many of his former friends, an example of his advancing “social rights” for his listeners? The idea is daft, and the same goes for The Beatles’ “Run for Your Life” or the Stones’ “Yesterday’s Papers,” from their seminal LPs, Rubber Soul and Between the Buttons, respectively.

Ratliff continues: “In their rhythm and humor the Beach Boys sound squarer all the time compared to Motown, the Beatles, and the Stones, and a lot of Phil Spector.” I’m told by my 24-year-old son Nicky, a musician, that actually the Beach Boys are a lot “cooler” today than The Beatles and Stones, at least among his contemporaries, and while I can’t exactly reckon with that, in my mind, Brian Wilson (pre-1971) produced some of the hippest songs of that period. Ratliff does acknowledge the “prize pony” Pet Sounds, but when writing about the “lost” Smile—famously shelved when Wilson, wigged out on drugs, abandoned the nearly-completed album in the spring of ’67 when he associated the music he was making with weird events in his neighborhood—he doesn’t even mention Van Dyke Parks, the lyricist for most of Smile, the man who finally gave Brian Wilson the partner he needed. Parks, of course, expected his big break, and deservedly so, for even if his lyrics were obtuse, they were far more complicated than anything the Beach Boys had released. He was the big loser from Wilson’s flight from reality.

In fact, when the hodge-podge Smiley Smile came out in September of ’67, comprised of bits of Smile —a truncated version of the mind-blowing “Heroes and Villains”—and the blockbuster hit “Good Vibrations,” the Beach Boys were not cool for school. The album sunk, as did the follow-up Wild Honey—the title song and “Darlin’” are killer tracks—and though I loved the group, I did take some guff from friends, most of whom still associated the band, incorrectly, with surfing and fast cars. No skin off my nose, and it was thrilling when “Surf’s Up”—Parks’ masterpiece—was released in a different form in a 1971 album of the same name. I’d read Outlaw Blues before then, Paul Williams’ collected essays, the most prescient of which were about the aborted Smile and John Wesley Harding, and it’s a book still worth skimming through today. The late Williams, by the way, started the first serious rock magazine, Crawdaddy in 1966, nearly forgotten now though it paved the way for Jann Wenner’s Rolling Stone in late-’67.

As for the earlier material, a lot still holds up, at least as pop songs you listened to on the radio: “Fun, Fun, Fun,” “Little Deuce Coupe,” “I Get Around,” “Help Me Rhonda,” and “California Girls,” much as other hits like the Hollies’ “Bus Stop,” Lovin’ Spoonful’s “Summer in the City,” and the Easybeats’ “Friday on My Mind,” to name just a few, do.