Looking back at the pulchritude, or lack thereof, of First Ladies. 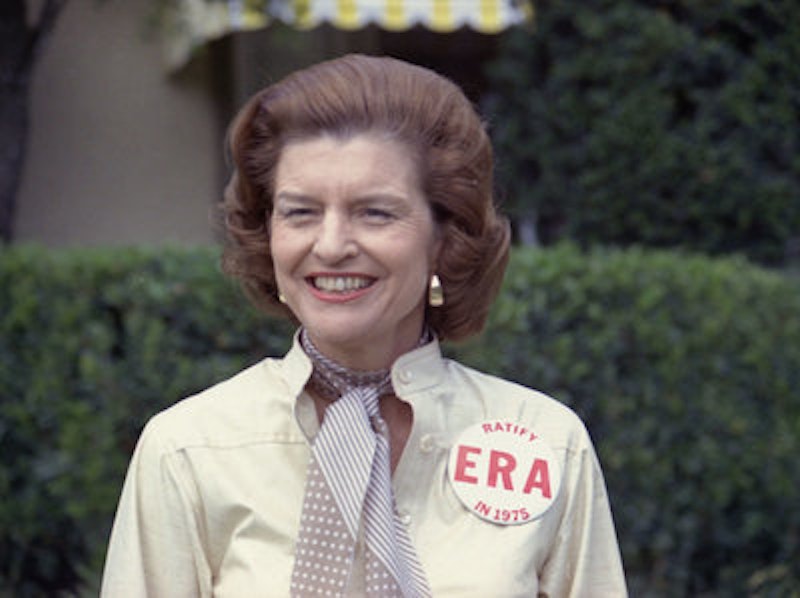 And so Hillary Clinton exits from the American political stage.

Let’s give her her due. She was a fine, plump woman in her 40s; matured into an elegant matron in her 50s; and remains a supremely handsome dowager even now. I say these things not only because I believe them, but because we are facing a sort of Holocaust in terms of female beauty with the advent of the Trump administration.

It’s not something that generates a lot of commentary, but the White House has, in my lifetime, been a not uncongenial place for connoisseurs of female pulchritude. True, Jackie Kennedy, who was First Lady when I was born, wasn’t to my taste: a bony hysteric of the sort whom Stalin, with his wonderful former Orthodox seminarian’s sense of humor, liked to disparage as “a herring—skin and bones.”

With Lady Bird Johnson, however, there commenced a four-decade period during which the White House was a Pantheon of the female graces. (Please understand that I’m leaving politics completely aside here.) Pat Nixon was, if anything, even more exquisitely feminine than Mrs. Johnson—a petal, wafted on a spring breeze.

About Betty Ford, silence. One should hold one’s tongue in the contemplation of perfection. And while I’d rate Mrs. Carter in the second rank of the White House beauties of my lifetime, I found her Baptist earthiness a delight. There is a loveliness to the well-born Southern woman who, no matter how distinguished her Confederate lineage, is not shy about “rolling up her sleeves” and joining with the other church wives in doing the work of the congregation. I remember the grace with which Mrs. Carter joined in her church’s soup kitchen work, a smile on her face as she doled out fritters to the deserving Black poor.

Mrs. Reagan was a great beauty, even if not quite to my taste: she had about her the aura of underfed desiccation that Mrs. Kennedy did. But Mrs. Reagan was merely an amuse bouche in preparation for the feast of White House beauty to which we gourmands were treated in the decades to come. A poet of Herrick’s caliber is required to evoke the sublimity of Barbara, consort of the elder Bush.

I’ve already been effusive about Mrs. Clinton’s charms. They met their near-equals in those of Laura Bush. Then they were superseded a hundred times by those of Mrs. Obama. Ah, the fair Michelle! With the same gusto with which I despise her husband’s vile politics do I worship at the altar of this muscular beauty! This sinewy negress Diana! This dusky huntress!

And now to the doleful present—the hungover morning after this debauch of beauty. I admit that it’s not particularly important, in the scheme of things, that the women who occupy or visit the White House should be seemly looking. Still, the descent to where the homely likes of Ivanka or Melania Trump should be the women of the White House seems to me a metaphor for our decline as a nation and as a people.

This reminds me that I’ve long had it in mind to write a chapbook on Female Beauty, as embodied by the female martyrs of the Russian Orthodox tradition, Feodosia Morozova among them. Maybe I’ll now follow through on my plan. It will give me worthy occupation through this long winter.

I’ll bind the book at my own expense, creating a limited run of 100 copies, which I will distribute to my co-religionists, while also gauging interest from public libraries here in my native Indiana and in the closer counties of neighboring Ohio.