We've Lost Our Sense of Unity 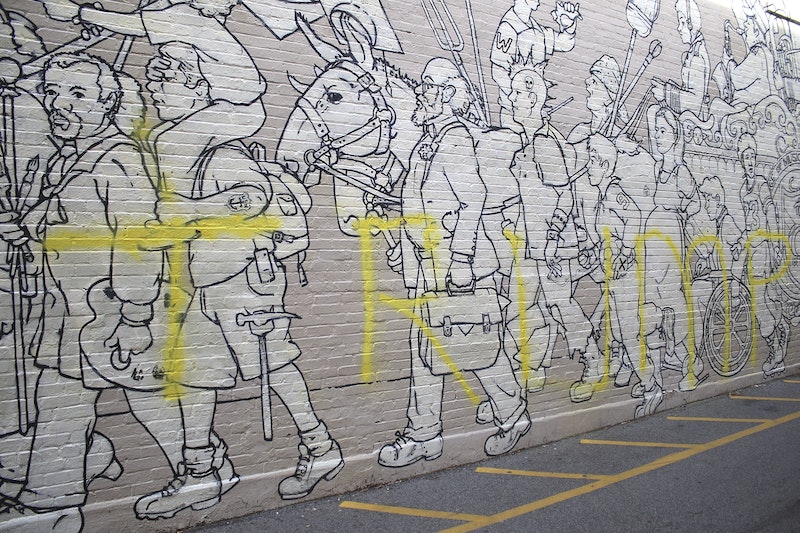 The students are everything at once. Calling them "my students" is the temptation, but they’re only with me for one year, many for less than the full year, and even when they’re with me, I belong to them as much as they belong to me. Truthfully, we only belong to each other in the most fleeting and random way: by chance and for a brief blip in our lives.

Here we are in a classroom together and my job is to make that space dynamic, despite the fact I'm not a human smartphone and don't contain crazy videos.

One adjective doesn't fit all for any group. Better to couple the adjectives. My students. These teenagers. I might start with wonderful and exhausting. Dramatic and self-medicated. I could say clever and full of mischief. Kind and brutal. Resilient and full of hustle. I could say guarded yet determined. Brilliant yet fragile.

The vast majority of my students are Latinos. Many of their parents came from Mexico and El Salvador in the last 20 years. Some are now deeply afraid and don't know what to believe. Paranoia is embedded in poverty and often more deeply embedded in newly-arrived communities. Already divided families are disrupted.

President Trump. Nearly all of us who live on the coasts are afraid for one reason or another. A few of us are cautiously optimistic that he’ll take off the cartoon mask and explain that nothing he said will actually happen, he merely turned our ratings-based process of democracy into a new reality show. But he has uprooted any sense of protection for people of color, immigrants, the LGBT community, and women in general. Hate crimes seem destined to increase as bigotry is now embodied and condoned by our leadership.

He has played the media. He has played nearly half of the country and now he’ll be sitting at the most important desk in the world, likely for four years. The empathy among non-Trump whites for all marginalized groups is likely at an all-time high since the mid-1960s, when the Civil Rights Movement peaked and legislation was passed. We’ve now gutted the Voting Rights Act and half our eligible citizens chose not to vote. Hillary Clinton’s popular-vote victory is a biting reminder of the archaic Electoral College process.

Now we’re forced to confront the fact that we share little from urban to rural, from poor to rich, and that our technological changes have not brought back lost jobs or a sense of collective unity or stability. Fear is the unifier in this climate of antipathy toward our bloated governmental structures. And now we wait, trying to hold together a sense of possibility in this polluted landscape.