Hospital for the Gouverneur

And the East River slips. 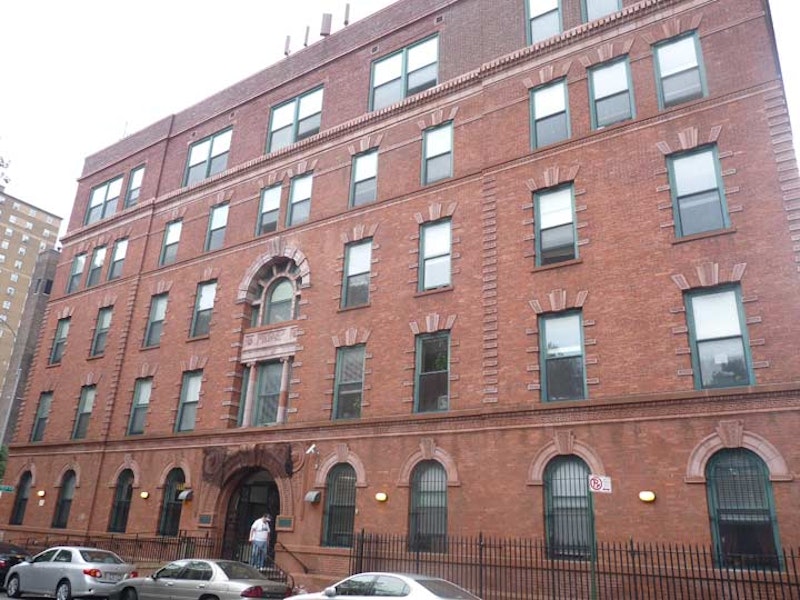 Much of the original character of the Corlears Hook area of the Lower East side has been gradually erased over the years, as large blocks of high-rise public housing such as the Corlears Hook, Vladeck, and LaGuardia Houses have claimed hundreds of acres and eliminated some of the street grid.

Entire streets once teeming with tenements have been eliminated, such as Corlear Street, named for the former landowning Dutch Van Corlears family, and Scammel Street, named for Revolutionary War hero Alexander Scammell, who perished at the Battle of Yorktown. A close friend of George Washington, Scammel was said to be one of the few who could make Washington laugh. Parts of Jackson, Gouverneur, Montgomery, and Hester Streets were also eliminated in the mid-century construction. 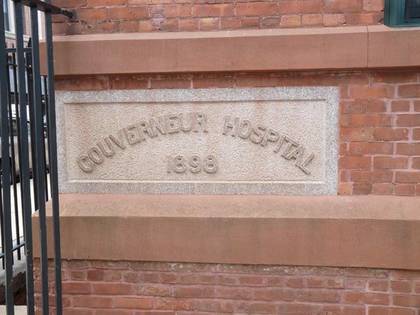 A survivor from 1898, Gouverneur Hospital, is an early design attributed to the firm of McKim, Mead, and White, though its modest brickfront accentuated by graceful curved verandas that face the East River doesn’t resemble the marble and granite palaces later executed by the partners. 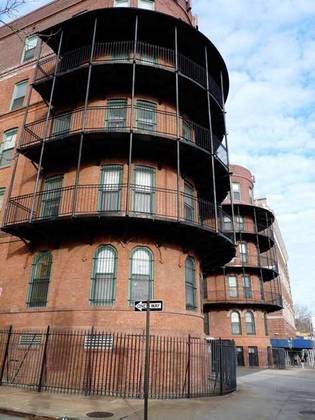 The hospital opened in the Financial District in 1885 as an emergency room with no inpatient facilities and though it did add beds for overnight stays, it quickly outgrew its original location and moved into its new headquarters on Gouverneur Slip in 1901. The hospital offered a tuberculosis clinic, state of the art for its time, and employed the first female surgeon to travel by ambulance, Dr. Emily Dunning Barringer.

The original hospital closed in 1969, but reopened in a newer, 14-story, 216-bed facility at 227 Madison Street in 1972, and added new buildings and facilities during a 2014 expansion. The original Gouverneur Hospital still stands as an assisted-living facility.

Among Gouverneur Hospital’s more distinctive attributes are the oval-shaped rooms with metal canopies for shade. When the hospital was built, it was believed that sharp corners allowed germs and microbes to accumulate and many medical facilities built at this time featured spherical or ovoid rooms.

Gouverneur Slip, along with Gouverneur Street and Lane, are named for Abraham Gouverneur, an 18th century religious refugee from France who became a prosperous merchant and political activist.

Unique among American cities, small streets along the East River in New York City bear the name “Slip,” such as Old, Burling, Catherine, Pike, and others. These streets were once waterways used to berth ships, allowing them to “slip” in from the river. As the acreage of Manhattan Island was increased by landfill in the 19th century, these slips were filled in, but their old names have been maintained. If only NYC was more diligent about preservation in other ways.