I felt then and feel now that the whale was trying to communicate to me. 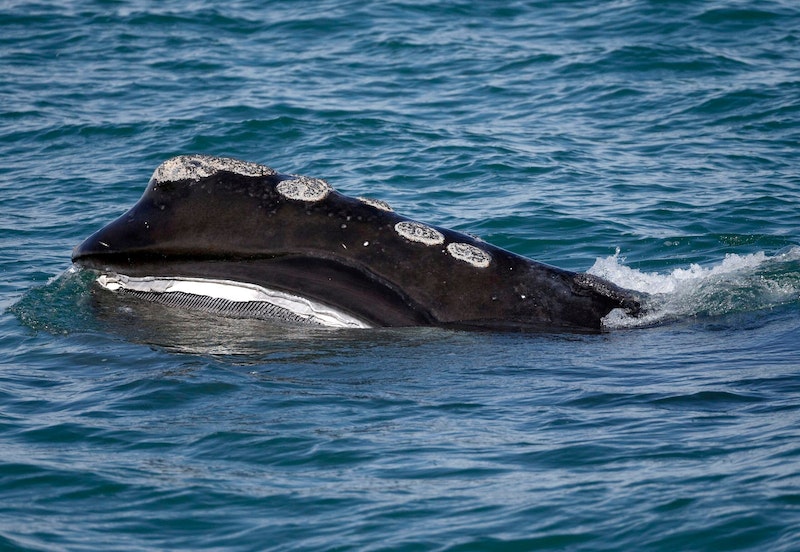 In early June 1991, I boarded a small tourist boat in Cape Cod Bay. I was going whale watching. It was a friend’s idea, the sort of thing I flippantly dismissed then as rather Californian: harmless, offbeat, even wacko.

Fairly early in the trip, a minke whale and her calf passed us, breaching, diving, and breaching again. They were a double-act: roughly 35 feet of adult breaching to fly about twice its length, followed by eight feet of calf, comically popping out of the water after its mother and both smoothly reentering the sea. And they seemed to be having a wonderful time. Part of the scientific name of the rorquals, the family of whales to which minkes belong, is Balaenoptera, which means winged whale. It seemed appropriate to their performances.

The boat puttered along. Perhaps 15 minutes after meeting the minkes, we sighted a right whale, floating on its side, its left pectoral flipper rising and falling in leisurely slaps at the water. The boat’s captain slightly shifted our course to bring us near the whale at reduced speed. We came nearly alongside the cetacean, which was perhaps 30 feet from the boat’s starboard side. To be this close would be unlawful now, as the right whale has been found an endangered species under Federal law. But then it wasn’t.

I stood at the rail and gazed down at the leviathan. I overheard a voice on the boat’s loudspeaker explaining that right whales may be up to 52 feet long, weigh up to 70 tons, and live up to 70 years.

Another slap and the whale’s left eye surfaced. I looked straight at it and fancied that, after taking in the sights, it gazed straight back.

In Melville’s Moby Dick, Captain Ahab says of the whale, “I see in him outrageous strength, with an inscrutable malice sinewing it.” By contrast, I had an immediate mental impression of an intensity I’d never had before and haven’t since: an overwhelming sense of benign curiosity, profound intelligence, and great power restrained by wisdom. I felt then and feel now that the whale was trying to communicate to me. Perhaps it sought to transmit to some sense, once shared with all mammals, which humans have nearly lost. Perhaps at best we receive intermittent fragments of their messages: poor reception, breaking into static, on a device nearly worn-out by time.

The whale and I spent perhaps five minutes gazing at each other. I was unaware of any other entity, including any of my fellow passengers. I recall the silence that comes with utter concentration.

Then, majestically, the enormous animal slowly sank into the sea, the water washing over its body and then its head. Its eye still gazed at me. Then it was blurred, then concealed, in the waters. The whale became as a pale shadow and vanished in the depths.

During the last three decades, in living and dealing with farm and domestic animals, I’ve occasionally sensed receiving vague thought impressions from them, although nothing with the sheer power of my encounter with the right whale. Recently, when glancing through the King James Version, I came across Genesis 1:21, which begins, “And God created great whales…” and the encounter returned to mind.

Those were the impressions I received and the conclusions I’ve drawn from reflecting on them. My evidence is testimony: wholly subjective, even speculative, and unsusceptible of scientific proof. But that’s what I saw and felt.