Mystery of the Mosque

I carefully opened the iron gate and sat down on one of the wooden benches that was elegantly placed near the mosque’s entrance. 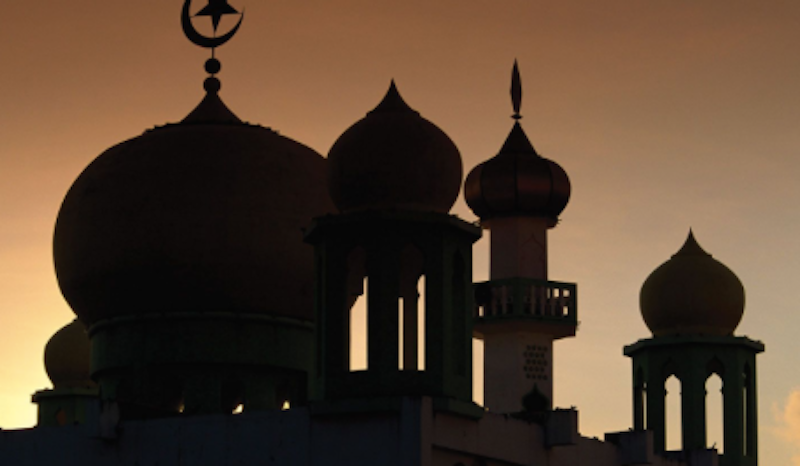 When I was very young, before the war in Bosnia started, I spent many summers in two small villages in eastern Bosnia. Although I grew up in Sarajevo, both of my parents came from eastern Bosnia. My grandparents and other relatives remained there, and after the war, many still do.

During one of those hot summers, I was walking through one of the villages, bored. There’s always something to do, but my distracted mind (which continues to this day) was unable to focus on anything but the nature that surrounded me. No task was interesting enough to gain my attention, and so I submitted to the land. The sounds of the brooks and fast and cold rivers which were always the perfect antidote to the unbearable heat; the swaying of the green trees; and sawdust near a bridge (remains from a local lumber mill) were what held my attention. They gave me peace and stability, which enveloped an anxious mind.

I loved to wander, my favorite activity, even more than reading since books required complete attention. I loved encounters with people, stray cats, flowers, even stones and ruins. Especially ruins. As I walked through the narrow passageways of the street, moving deftly from one house to the next, thrilled to be alone, I came upon the village mosque. Just like most mosques in Bosnia (as well as houses from the Ottoman era), this one too had a beautiful iron gate, intricately designed with arabesque shapes. Beyond the gate was the courtyard and in it perfectly-tended flower garden. The mosque was surrounded by plants. Its door was slightly ajar, and I could see a few shoes in front of it.

Naturally, I was curious. I wanted to go in but didn’t really have a good handle on all of my prayers. I blundered through much of it, following the prompts from my grandmother with whom I often prayed. I couldn’t pronounce the Arabic words correctly but that didn’t bother my grandmother. We uttered them in whispers.

I carefully opened the iron gate and sat down on one of the wooden benches that was elegantly placed near the mosque’s entrance. I became anxious not because of the place itself but because I didn’t know what was behind the mosque’s wooden door. I heard an even cadence of someone’s footsteps. The sound of stones and gravel against the shoes was getting closer. It was a man unknown to me. Perhaps I was unknown to him as well because I wasn’t a permanent resident in the village.

The man looked as if he was perpetually annoyed. The annoyance, which in and of itself was harmless, turned outward toward me. He squinted quizzically and then judgmentally, and I knew I was guilty of something. In his eyes, anyway.

“What are you doing there?,” the man asked. It was an admonishment, not a question. I said nothing. It was as if some outer force had rendered me dumb and speechless.

“Whose daughter are you?,” he continued. This was a normal and often-asked question, negatively and positively. Its aim was to see who one’s father is, which family one comes from, and by that, determine whether you’re good, bad, and whether you’re shaming or honoring your family name. The inquiries were mostly harmless, and grounded in plain nosiness. I didn’t answer this question either, but this time, not out of fear but out of plain fact that it was none of his business who I was.

My silence continued but the man kept speaking. He took pleasure in the annoyance. My presence in the mosque’s courtyard, gave him another opportunity to expand his irritability into judgment.

“Don’t you know that children are not allowed to go near a mosque?!,” he raised his voice. Hearing those words, I nearly fainted. A terrible sadness came over me. I realized that it wasn't a strange curiosity that led me into the mosque but a genuine desire to pray and remember God. The thought that I was forbidden to even go near a place I found peaceful and inviting was increasing my already present existential nausea. For whatever reason, which I can’t explain today, I took the word of an annoyed man to be true. I must’ve done something wrong, I thought. I leapt beyond a few concrete steps, almost tripped on the wooden bench, and quickly opened the iron gate. My hand barely touched the doorknob, I slipped out, and didn’t close the gate behind me.

I ran as fast as I could to my grandparents’ house. As I ran, I became dizzy with fear, and disconnected from the river, the trees, the stones, and the passageways. I dared not to say anything to anyone. I held the words of the annoyed man close, in silence, in fear, and most of all, in certainty. Years later, I’d find out that the annoyed man had no business saying anything of the sort, and that children weren’t forbidden to go into a mosque.

Much later, when I began to study Islamic theology and philosophy, I learned that “the mosque” has many theological and spiritual meanings. The prayer and connection to God isn’t necessarily linked to the physical space of a mosque (although the spaces can be inspiring and awe-filled) but to the Self that’s attempting to relate to God. I couldn’t theologically comprehend when I was a child that I was linked to God in my desire to pray and to be in the mosque. However, the mosque was and is also a place of prostration that need not be the physical building. It’s in this space that we turn our faces toward God.