Why was it all so complicated? 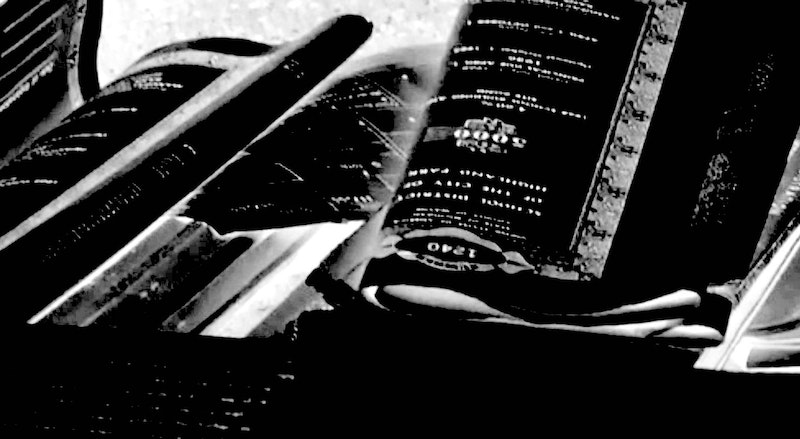 Her father, gone over 20 years, left the grandchildren small savings bonds of $50 each. She’d stumbled upon these documents among her many boxes of old papers, which occupied her spare time in the two rooms where her sons, now in their 40s, had grown up.

She decided the next steps must be taken to play out her father’s idea of watching these small bonds mature and then settle into the bank accounts of the children. This had already involved multiple phone calls and emails and then a trip to the bank and routing numbers. Still, another trip to the bank was needed, with each of her sons. One of them, in town for a week for the first time in four years, drove them to the bank, but didn’t turn into the small bank-only designated parking area and instead parked elsewhere. They’d been running late and this small change led her into a series of stressful exclamations. Her son shouted, “Stop!” They parked in the wrong area and then walked into the bank.

They waited for the banker, a bearded man named Steve who wrote with his left hand, to sit with them and then use his special stamp. She told the banker her sons didn’t think it was worth all the trouble, as if her son was not in fact sitting right there next to her. She was merely being a dutiful daughter, honoring her dead father’s wishes to give his grandchildren a small savings bond. Her son drove them home. They drank coffee for a few minutes and then off he went.

Later that day, her son called about bringing home dinner. It turned out her favorite place to eat dinner was closed for renovations. “Phooey!” she said into the phone. No special nachos for her. Her son asked her what she’d like instead. She wanted barbecue. He’d pick up the barbecue for them if she'd call the order in. "What would you like?" she asked. "Anything," he replied. She called her son back after ordering the food. It went to voicemail. She wanted to pay for the food. She wanted her son to call her when he arrived to pay so she could read her credit card number to the cashier over the phone. She simply wanted to treat him to the dinner. Her son never called back and then arrived home with the food 20 minutes later. He said his phone had died and he never got her message.

She opened the packages and the aromas of smoked meats wafted into the kitchen. They hadn’t given her a second piece of cornbread, but mashed potatoes, which she hadn’t ordered. Her son looked at her with exhaustion. She just wanted exactly what she ordered. Why was that so complicated? She’d call the restaurant back after they finished dinner. Her son talked about letting go of things, as if the mistakes weren’t worth the effort to tell the people at the restaurant that they didn’t do the job correctly. She told her son she was always very nice when she explained what went wrong. Her son looked even more exhausted.

She asked her son about the sauces. She was afraid of the different sauces. What if one of the sauces was too spicy? She tasted the sweet one but it tasted a little spicy to her. Her son assured her it was the sweet one. They ate the barbecued chicken and the ribs. They ate the coleslaw and smoky baked beans. Her son ate some of the mashed potatoes.

The food was tasty. She still wanted to make the phone call. Why was it all so complicated?

Her son went upstairs to take a shower.