Poker Is More Complex Than Chess 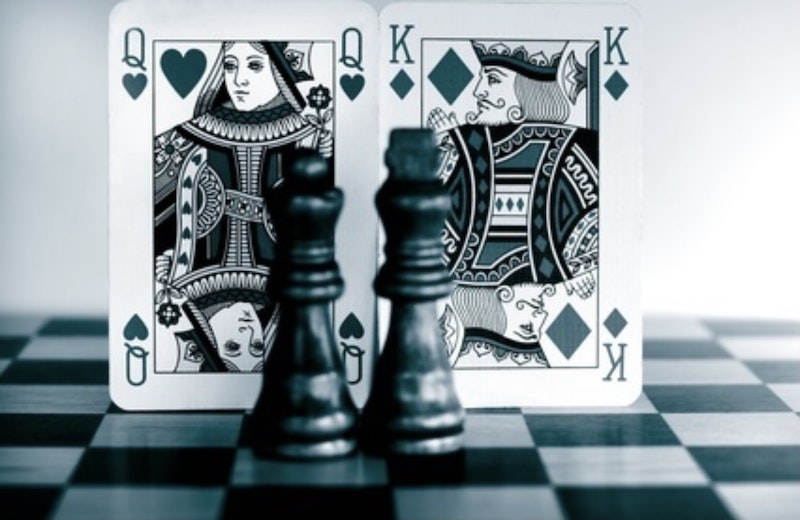 Ask a person to choose between chess and poker as the most intellectually demanding game, and the overwhelming response will be chess. Common wisdom's that chess is the "thinking person's game," while poker's all about "luck." So top poker pro Daniel Negreanu has career earnings of around $40 million just because he's dealt more aces than the average player?

No one's luckier than anyone else over time, so discount this simplistic analysis. A big part of poker success is the ability to win with a bad hand, a skill not required in chess, a game in which every player is dealt the same "hand"—the pawns always go on the same squares, as do the king, queen, etc. Therein lies the major problem with chess—something prodigy Bobby Fischer recognized decades ago.

The reason a top poker player can win millions with the same cards amateurs are dealt is the same reason that a guy with average athleticism might drop 25 points in a basketball game—skill. The best poker players establish a track record of unpredictability, which keeps their opponents guessing. This sets up chances for successful bluffs with crummy hands. But even if an elite player's unable to bluff his opponent with a superior hand into folding, he may have the knowledge and guts to make a sizable bet on a hand that doesn't even contain a single pair, in spite of his opponent's aggressive betting. Perhaps his opponent's looking down at his chips more than normal, or fidgeting, telegraphing the fact that he doesn't have the cards he's "representing."

Chess advocates say a poker player can do everything perfectly and still lose a hand because of the randomness of card distribution. This observation betrays the lack of understanding that high-level poker success is all about the ability to overcome that randomness.

Chess, in a number of ways, is a more limited game. Chess players can see exactly what their opponents have. In Texas Hold'em, the most common form of poker at the professional level, each player has two "hole cards" that’re invisible to their opponents. A master of the game may, by observing his opponents, get some clues as to what those cards are, a difficult-to-acquire skill not required of chess players. Some poker players attempt to prevent their opponents from "reading" them by hiding their heads in a hoodie and wearing shades. Others—Daniel Negreanu for example—keep up a consistent stream of patter, regardless of what their hole cards are.

Unlike chess players, poker players must work hard at suppressing any "tells"—body language that telegraphs their hole cards. Common tells are eye-contact, nervous demeanor, glancing at one's chips, and excessive table talk. However, if a player can pull it off, he can use table talk as an offensive weapon. Negreanu's won upwards of $42 million with this approach. He's always smiling and chatty, making it almost impossible to read him.

Poker legend Doyle Brunson, who oftens works as a broadcast commentator for professional poker, cautions players to never engage when Negreanu, a six-time World Series of Poker winner, starts chatting. That's because the Canadian uses seemingly innocuous chit-chat to elicit information from his opponents. He may ask an amateur at the table what he does for a living. If the guy says he's a criminal lawyer, Negreanu can use that information to his strategic advantage. Knowing that lawyers often twist the facts, he can be prepared to compete with someone who's experienced at manipulating and confusing people. In other words, the guy might be a good bluffer. In a crucial moment, Negreanu may try to get an opponent to crack a smile, and then try to figure out if the smile is real or phony. He knows that coming off as a regular, friendly guy makes him hard to resist. The top pros get this, but the overconfident and well-heeled amateurs he regularly fleeces don’t.

Chess players have no need to develop table talk skills. They're allowed to talk, but not to disturb their opponents with too much chatter, which is a strategy in poker. Often, the only words spoken during a chess game are "I offer a draw," or "good game," which polite chess players say when the game’s over.

Chess relies heavily on memorization of moves and counter-moves, whereas poker's more about making spontaneous decisions. This can make chess a robotic game, whereas poker's free-flowing. Bobby Fischer, recognizing the roteness of top-level chess, advocated for a variant of the game known as "Chess960," in which the pieces, before play begins, are placed in a semi-random pattern on the board.

The public perception is that chess is for geniuses and poker's for degenerates, but it's not this clear-cut. Chess requires a tremendous memory, but poker requires the ability to act on incomplete information. There are almost no plays in poker that are absolutely correct in 100 percent of situations, which isn’ttrue of chess. It's telling that computer programs can now regularly beat the best chess players in the world, but poker programs cannot. That's because poker’s the more complex game.

By the way, Russian tyrant Vladimir Putin's often called a chess player, but he's really a poker player skilled at guessing his opponents' hole cards. He understands the art of the bluff, paying particular attention to his opponents' preferences and risk tolerance. When Putin watches Joe Biden give one of his bumbling speeches, he's looking for "tells" that will help him win his next bet.