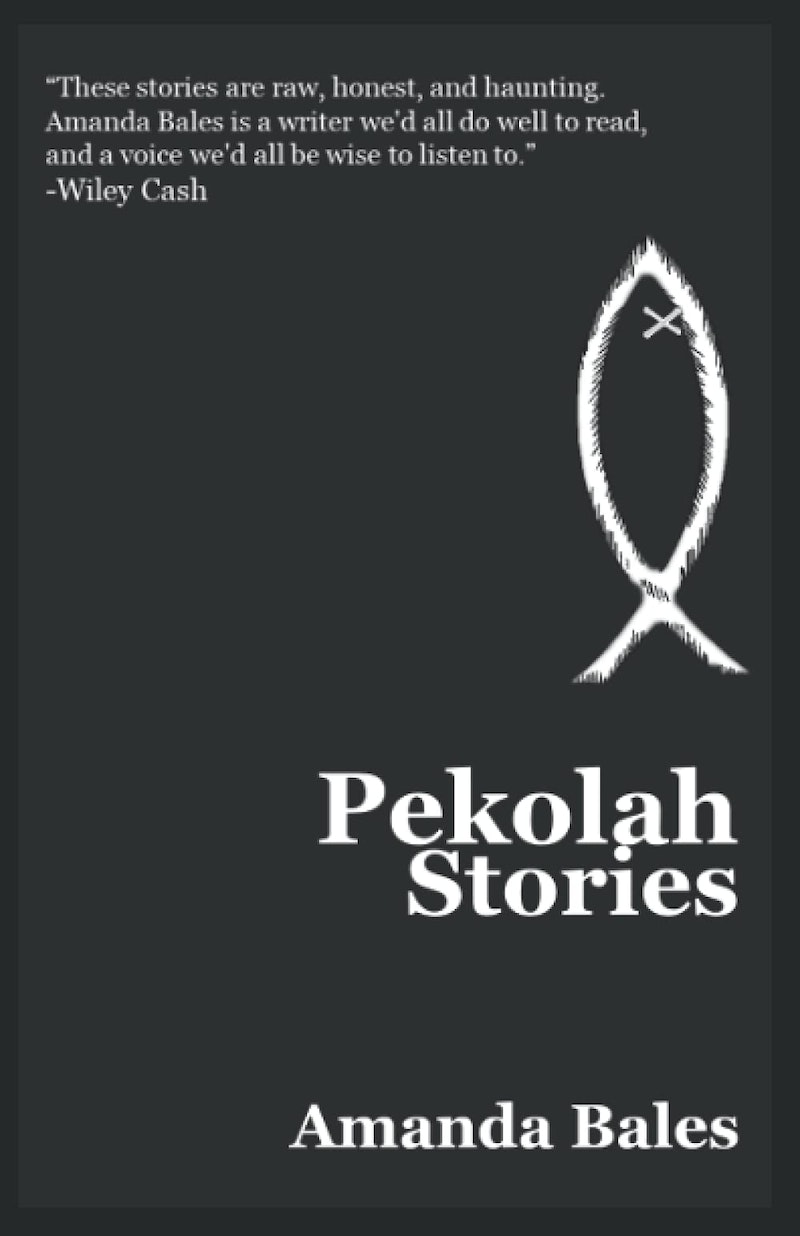 Amanda Bales, with Pekolah Stories (Cowboy Jamboree Press), takes inspiration from William Faulkner. Like all of Faulkner’s novels, and some of his short stories, which are set in an imaginary Yoknapatawpha County, Mississippi, most of Bales’ Pekolah stories are set in the (fictional, as far as I can tell) Oklahoma town of Pekolah, in 1988, and most are interconnected: a minor character in one story pops up as the main character in the other.

Pekolah’s a small and timeless rural town. It’s only through a passing mention of the Bush/Dukakis presidential contest that we know the year. Otherwise, these stories could happen in the 1970s, or even earlier. And it’s only when cellphones and MAGA hats appear in the last (and maybe best) story, “Bunny Town, USA,” that we know we’re up to 2016, when a younger minor character from 1988 returns as an adult.

Bales’ style is minimalist—Cowboy Jamboree Press markets itself on these qualities. It’s through their literary magazine that I learned of it. The writer I’d compare Bales to is Bonnie Jo Campbell (American Salvage, Once Upon a River) who writes about rural southwest Michigan—she’s one of my favorite contemporary writers—and also started with an independent publisher.

Notably, Bales features some characters with disabilities: one minor character with a speech disability and a voicebox, and one woman with a hearing disability. “Oralism” is the one story which doesn’t take place in Pekolah, but rather in LA. Kim is a make-up artist for an on-the-outs talk show host, Helen, and was about to move up to a better position, when career disaster happens. The story is her reflecting on what went wrong.

Kim arrived back to set just as the stage manager cut to commercial. She jogged out and knelt before Helen, corrected a smear of eyeliner, and added more powder to her forehead and nose...Kim worked quickly, but she still had to sprint back to the wing when the APPLAUSE sign flashed. The stage manager lifted his eyebrow at her as she jogged past him, and she signed “get fucked” behind his back.

Kim has a way to express thoughts we all have, about work or relationships, but it’s secret because mostly no one knows how to sign. Some treat her like an idiot because of her disability, talking to her slowly. It’s a lonely life. And life in the rest of the stories, in Pekolah in general, is lonely. Even when the misfits find each other, they can be driven out, or away, like the character Ruth: In an early story, she runs away from her family when they find out she’s in a lesbian relationship with another teen. By “Rabbit Town USA,” she’s back, after years in Alaska. Her sister has died, she’s looking after both her mom and her nephew. She’s in a secret hook-up with the town’s mayor, Carol, a MAGA supporter who comes across like an Oklahoma Sarah Palin. But it’s not love or even friendship. Ruth’s a biologist, and the one person who can explain to the town why the rabbit population is growing out of control: since people are hunting the “bearcats” (what bobcats or lynx are called locally) there are no rabbit predators. But instead of taking care of the problem, Carol convinces the town to embrace it, to turn it into an opportunity for tourism.

Within a few weeks of the town meeting, the rabbit population was so out of control that Ruth began to find signs of cannibalism among the adults. She wondered what kind of tourist attraction that would make. Come one! Come All! Come see the Cannibal Bunnies! She trapped and killed what she could on her water sample trips. It helped her feel like she was doing something amid the chaos, even if she knew it wouldn’t really make a difference—much like voting for Democrats in a red state. The signs of people preparing to profit from the bunny festival had emerged. The Trump signs were now married with rabbit ear silhouettes, like some kind of Playboy-Trump combination party. The yards were full of cages, and eyes flashed in the headlights. Ruth wondered if they could smell that she carried their dead.

The odd dark humor here isn’t common in the rest of Pekolah Stories. And it doesn’t last. Violence is always simmering under the surface in this town. Bales isn’t saying Trump caused this violence—remember that most of these stories take place almost two decades before. But she’s implying that the violent people of Pekolah, and other rural towns throughout America, are the ones who caused Trump. Bales’ sympathies lean to liberal-centrist rather than far-left I’d love to see a character in Pekolah who thinks both major political parties are bad for the town. I don’t get a sense Pekolah is ever going to be anything other than a bitter shithole town You’d think people there might start to connect the dots and look for alternatives.

I can relate to the misfits who find each other, and the secret places they hide in, like waterholes, or off-grid cabins. This is “fly-over” country: People from New York and LA don’t go here. Too bad, since Pekolah, though fictional, is America. But hearing the stories from this part of America might help us understand the country as a whole. If not despair for it.