View of California From Canada

It’s simpler to lob blanket insults from your bunker. 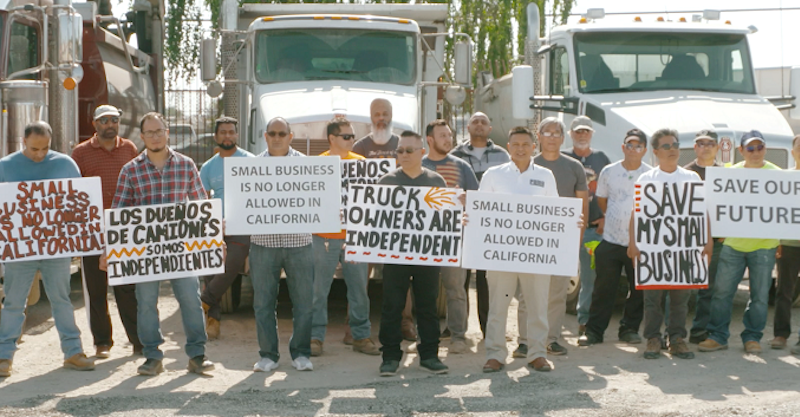 The entire province of Quebec moves on the first day of July. This means that if you didn’t plan to rent a moving van a year in advance, you’re out of luck. It also means that if you move there in the dead of winter like I did, your apartment choices are limited.

I lived in Montreal for two years, moving there sight unseen to work for an advertising agency I’d also never visited. I touched down in December and after two months of searching considered it a blessing to find a small one-bedroom apartment with a bathroom so small, taller guests had to keep the door open to use it.

Montreal’s plateau neighborhood where I lived, is French-speaking. The further east you go, the more hard and fast this rule becomes. It was just one of demarcation lines I became aware of during my time there. It was only when I took the subway to the Snowdon stop on the western part of the island, did I realize this divide goes the other way. Snowdon might as well have been a different country. You were greeted in English, not French. A quiet, unassuming neighborhood with Russians, Jews and other immigrants, the only French I heard came from the cab drivers who were eager to get back east. It was hard to figure out this invisible fence until I left Los Angeles for another part of California and realized that divide is just as prevalent. But it’s not based on language.

California believes it’s a homogenous bastion of progressiveness comprised of people who despise the flyover states. The reality is that the flyover state is only an hour and a half east of the coast. Up and down the state are primarily Latin-Americans, but also Asians, and whites. Many are farmers, ranchers, blue-collar workers. All united by a love of freedom and hatred of Gov. Gavin Newsom, who hates them in turn, for their love of freedom.

Newsom peers out toward the divide and sees a justification for his bigotry. He believes they’re all backwards people. Racists. Ignorant hayseeds who’d rather die than get the jab. In San Bernardino, the largest county in the country, 62 percent are vaccinated. But to hear state politicians, you’d think there’s been a massive indoor Coachella going on since March 2020.

Imagine trying to lump people who live in a geographically and ethnically diverse area that stretches from Los Angeles County to the Nevada border together. It can’t be done. And yet Newsom and his cronies do.

Watching the Freedom Convoy in Ottawa, I’m reminded of this divide. They truckers are smeared as being racist, homophobes, transphobes and any other phobe that might stick. The reality, which is hard to fathom for a political hack in Ottawa who has never met a trucker, is a lot simpler. They’re truckers. They spend the majority of their working days on the highway by themselves. And for two years, they’ve been screwed by a leader who’s worth at least $10 million thanks to his father’s trust fund. Canada is now seeing its highest rate of inflation since 1991. But it’s the truckers’ fault.

In the videos I’ve seen of this convoy from multiple sources, Sikhs, Africans, Polish immigrants, white Canadians and members of the indigenous community are linking arms and singing, sharing food, and incessantly honking horns. It’s the opposite of divisiveness. And it’s what scares progressive elitists the most. Because it’s the wrong kind of unity.

It’s simpler to lob blanket insults from your bunker. And easier to descend to Alex Jones-conspiracy level and think that Canada has some Grand Wizard version of George Soros pulling the strings. You’d think Justin Trudeau would look in the mirror and ask whether two long years of keeping a tyrannical boot on your citizens’ necks might be the reason why a bunch of pissed-off truckers have had it. He’d love nothing more for everyone to go home and comply. Until they’re forced to, I hope the truckers keep honking until every ear on Parliament Hill starts bleeding.