A Fifth of Twelfth

The treasures troves of 12th St. 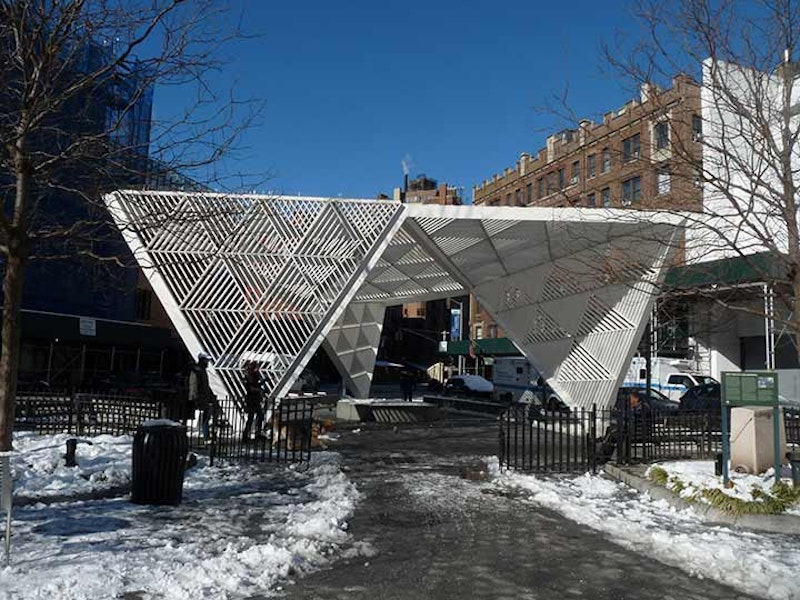 Where is 12th St., on either side of 5th Ave.? In Greenwich Village? The East Village? The Union Square area? I can’t tell. I’ve scuttled furtively in the area in various eras, most recently the day after a snowstorm in January, and while going through photos I discovered that I’d acquired a treasure trove here. The plot formed by 7th Ave., W. 12th St. and Greenwich Ave. is now called the NYC AIDS Memorial Park at St. Vincent’s Triangle. The park opened in 2010 after St. Vincent’s Hospital was closed and by 2013, razed. The hospital was a beachhead in combatting the AIDS virus. It established the first hospital ward dedicated to fighting the disease. The AIDS Memorial, which dominates the north end of the park, was dedicated on World AIDS Day, December 1, 2016. It was designed by Studio AI architects and Jenny Holzer, who included passages from Walt Whitman’s “Song of Myself” in the construction. 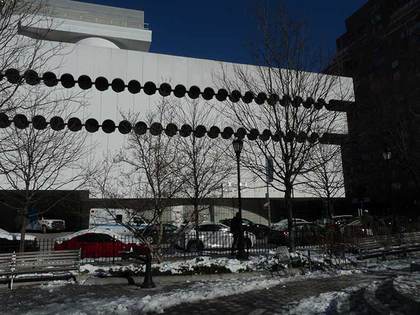 The O’Toole Medical Services Building, an architecturally unique building compared in the AIA Guide to NYC Architecture to Frank Lloyd Wright’s Guggenheim Museum building. It was completed in 1964 by Albert Ledner & Associates and revised in 1977. Ledner was a Wright student. For several years it was part of the St. Vincent’s Hospital complex, and is the only tangible remnant of the hospital except for some chipping subway signs. The building has returned to medicine and now hosts the North Shore-Long Island Jewish Health System as well as emergency room services. This was originally the National Maritime Building… hence the wave-like designs. 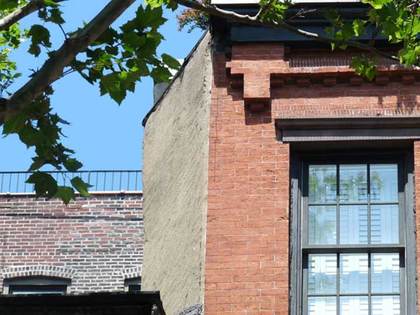 43 W. 12th St. is a brick townhouse on a handsome block full of them. But a closer look reveals one difference—the west side of the building has an oblique angle. When the building was constructed in the early- to mid-1800s, Minetta Brook (or Creek) still ran along the surface, and the building ran along the brook. Two streams converged just south of 12th St., down to the Hudson River in Washington Square and  along Minetta and Downing Sts. The brook was redirected underground decades ago. 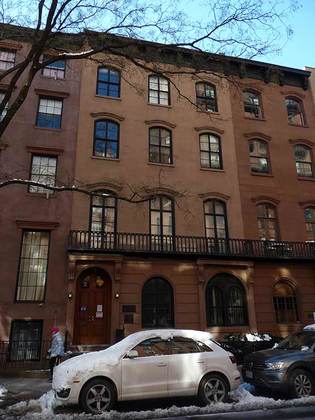 24 W. 12th St. was once the residence of General Winfield Scott, one of the USA’s more prominent military men in the 19th Century: he participated in the War of 1812, the Black Hawk War, the Mexican War and lived to see the Civil War. Born in Virginia in 1786, Winfield Scott was a hero during the War of 1812 and the forgotten Black Hawk War (1832). He peacefully restored tranquility to the Canadian border during Martin Van Buren‘s presidency, and had a reputation for being as strong a peacemaker as he was an aggressor. In 1838, Andrew Jackson ordered him to enforce the Treaty of Echota. Scott voiced his disagreement, but ultimately followed the order and forcibly relocated the Indians. History refers to this incident as the Cherokee Trail of Tears (1838-1839). The travesty was the biggest blemish on General Scott’s record.

His return to glory came when, as General-in-Chief of the Army, he successfully commanded forces during the Mexican War (1846-1848). He brought home many spoils, including the bell that hangs inside the Bell Tower at W. 249th St. and Henry Hudson Parkway in the Riverdale section of the Bronx. Scott was heavily involved in politics, and in 1852, set his eyes on the presidency. He bested both Daniel Webster and, surprisingly, incumbent President Millard Fillmore to win the Whig Party nomination. In the general election, he was defeated by Democrat Franklin Pierce.

In 1853, Scott moved to New York and brought with him the Army’s command center. A group of his friends, led by Hamilton Fish, purchased a four-story Anglo-Italianate style house at 24 W. 12th St. in Greenwich Village, for him for the price of $26,000. (This site was entered into the National Register of Historic Places in 1973, and now houses the Italian Studies program of New York University.) 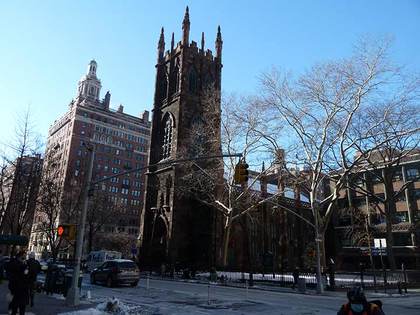 First Presbyterian Church, 5th Ave. and W. 11th St., known as the “Old First,” opened in 1846, the work of architect Joseph C. Wells. The south transept, added in 1894, is by McKim, Mead & White. It’s one of the oldest congregations in NYC, founded on Wall Street in 1716. The church has Scottish roots, and was known as the “Church of the Patriots” during the Revolutionary era, because of the assistance its congregation gave to the American cause. King George III had refused to grant the Presbyterian church a charter, wishing to uphold the rights of the Anglican Church of England. 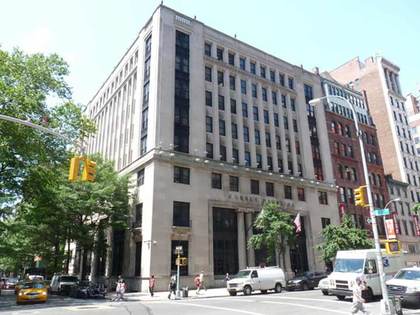 Forbes Magazine headquarters, 5th Ave. and W. 12th St., was built as the HQ of Macmillan Publishing in 1925. Forbes, one of the USA’s premier business news magazines, was founded by Scottish-born financial journalist B.C. Forbes in 1917; B.C. Forbes was editor-in-chief until his death in 1954, assisted by his sons Bruce and Malcolm. Forbes was later edited by Malcolm’s son, Steve Forbes. New York University has owned the building since 2010. Malcolm Forbes was a collector of fine art, including jeweled Fabergé eggs, and his collection as well as other art exhibits is located in a public gallery in this building. 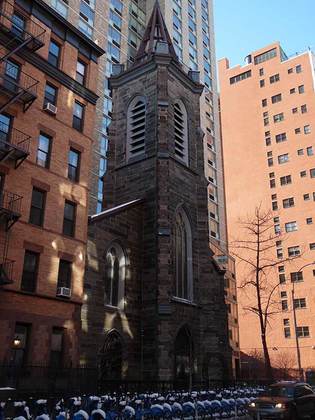 The bell tower of St. Ann’s Church is all that remains of the former church at 120 E. 12th St. between 3rd and 4th Aves. The church was constructed in 1847, and was an Anglican church and later a synagogue before purchased by St. Ann’s parish in 1870. Retaining the bell tower, architect Napoleon Le Brun demolished most of the existing building and built a new structure. After a demographic change, the church was re-established as St. Ann’s Armenian Rite Catholic Cathedral, where masses were celebrated in Latin and according to pre-Vatican II rubrics. However, after the Landmarks Preservation Commission failed to designate the building, it was sold to NYU, which ripped down the church and built a dormitory, retaining only the original bell tower. “The effect is of a majestic elk, shot and stuffed,” sniffs the AIA Guide to NYC.

Each January 21 (or the Sunday closest) a solemn requiem mass was celebrated at St. Ann’s, in Latin, for the repose of the soul of Louis XVI, guillotined on that day in 1793. During the mass Louis’ will was read from the pulpit. At the Paris mass for him on the same day in St. Germain-l’Auxerrois (the parish church of the Louvre when Louis was alive), all the men by tradition wore white shirts and black ties.