Vast Swaths of Nothing

Although Funspot is in the middle of nowhere geographically, it’s also not. 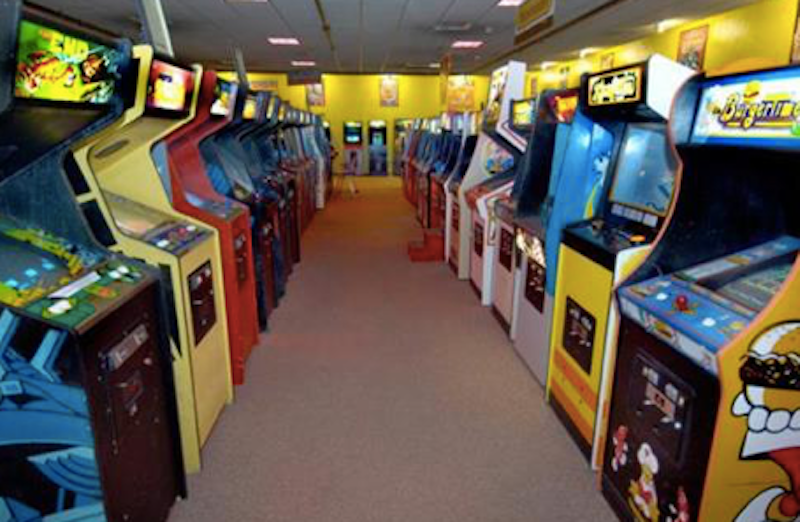 As a Massachusetts resident, I like New Hampshire. The state has some attractions that Massachusetts lacks. It has the first-in-the-nation presidential primary, meaning candidates do a lot of campaigning up there. It’s one of the 49 states where fireworks are legal (illegal in Massachusetts). And it’s home to the world’s largest arcade, according to Guinness World Records: Funspot.

I took the trip up to Funspot last week for the second time in the past year. Although Funspot is in the middle of nowhere geographically, it’s also not. It’s in Laconia, New Hampshire, best known as the home of Lake Winnipesaukee. So while getting there involves driving through vast swaths of nothing—like a trip to the Baseball Hall of Fame in Cooperstown, New York—it has attractions that appeal to tourists. The world’s largest arcade is my favorite. Funspot has hundreds of arcade games, including about 250 retro games from the 1970s and 1980s. These games are part of the American Classic Arcade Museum section.

I played lots of old games. The first one that stood out was the Pong machine. This 50-year-old game was still standing and cost one token (or quarter) to play. At that moment, I realized I’d found one of the few places in society immune to Bidenflation and the consequences of Richard Nixon taking the United States off the gold standard. If the cost of Pong held steady with inflation, it would require more than seven quarters to play. Between this low cost and soaring electricity costs in New England, I’ve no idea how they’re making any money off this endeavor.

I went for some classic games, like Donkey Kong, Super Mario Bros., Duck Hunt and Pac-Man. I’d played some of these in the past on Nintendo Wii and Gameboy Advance. I’d also played Pac-Man at an arcade, but not in the town where I grew up. Arcade games were banned in Marshfield, Massachusetts until I was 17 years old—because the dopes who ran the town thought kids would skip school to play them. That’s government overreach.

Poopsie’s, one of my favorite South Shore bar pizza restaurants despite its terrible name, is just over the town line and has a Ms. Pacman machine. Therefore, it was nice to be in Laconia, where an arcade is legal. Initially, I went to a machine that looked like Donkey Kong, played it, advanced a few levels, and then realized something was off. The machine said Crazy Kong on it. This was a legally-licensed game that helped Japan keep up with its domestic demand for Donkey Kong, but the deal was breached when the game started making its way overseas. When I realized the difference, I went over and played the real version. I saw no difference.

Something that stood out while playing Pac-Man was that I was significantly better at it than when I played it in third grade. Not sure if that’s the result of increased intelligence, improved hand-eye coordination, or being taller and having an easier time seeing the screen. Downstairs the arcade had some more modern games. I played NBA Jam, which was more expensive (one token/quarter per quarter of the game), but still a great deal. It’s a two vs. two basketball game where you can throw down monstrous dunks, knock your opponents on their asses and take the ball from them. If the NBA looked more like this, I might watch it.

The Boston Celtics are no good in the game and unfortunately, NBA Jam lacked the rights to use Michael Jordan's likeness. But the Utah Jazz with Karl Malone and John Stockton is a solid choice. I’ll gladly take two Hall of Famers playing side-by-side. Since going to a remote part of New Hampshire is a two-hour trek each way, I’ll have to find these games on emulators.