For all your chest-pounding bravado and anger, your emotions betray you. 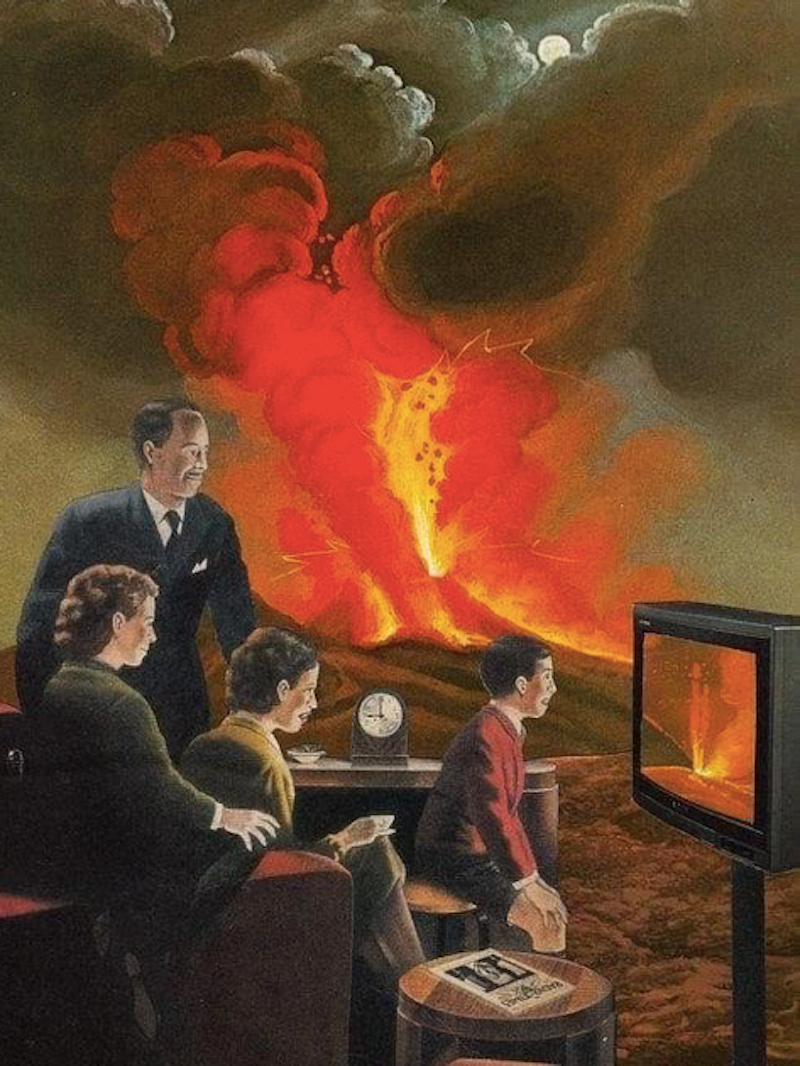 It’s too late to save your asses from the politically-correct backlash tide of bullshit blowback spittle. You might as well piss into a window fan and let the spray wash over you like a toilet bowl baptism. A golden shower, rinsing off your condemnation. For all your chest-pounding bravado and anger, your emotions betray you. Maybe you’re one of those fun-loving hippie freaks that never voted to save their sorry lib-assed souls. Perhaps you’re a right-wing white nationalist evangelical spewing racially derogatory hyperbole. Nothing says, “I love you” more than the indignant hypocrisy of Christian ignorance in a pickup truck waving flags of self-righteous arrogance.

Back in grade school, I discovered the illustrated book Famous Civil War Battles. The depictions in the book were meticulously rendered and laid out in full-page aerial views like maps documenting troop maneuvers across an idyllic pastoral landscape. The vivid colors of blue versus gray on a field of green highlighted with bloody reds. Ready-made for a beautiful abstraction of homegrown war in its inglorious splendor. Coupled with town names of battles like Vicksburg, Richmond, Unionville, Bull Run, and Gettysburg. All of these places were so close to home. A country steeped in hatred. What a novel concept.

Yet, in school we weren’t told directly the true reasons why Americans would take up arms against each other. We believed that the Civil War was over land and personal property, slavery was a secondary ownership, glossed over by real estate and commerce. And simultaneously, the civil rights movement was occurring. Then like clockwork JFK, Dr. Martin Luther King and Bobby Kennedy were assassinated, and nobody knows anything about it. Riots and revolution, civil rights, and the Vietnam War were byproducts of a new generation of slavery and indoctrination. Jesus wasn’t helping matters any, either.

Nobody in the white world wanted to talk equal rights or injustice unless it was convenient or happening in their backyard. Then they wanted to call the cops or get mean and nasty. The slogan, “There goes the neighborhood,” was heard across the land. The urban ghetto was born. Segregation was abolished and replaced with intimidation, food deserts, heroin, and later cocaine, and always an abundance of liquor stores. A new way of keeping people down. The rich want it that way, the poor stay poor and powerless, and the middle class runs for the hills.

The entire system needs an overhaul. Abolish the party system. Remove the Supreme Court. Republicans and Democrats, who needs them? I never did. They require each other to thrive and continue their crusades of hatred and bully propaganda. It’s a charade they play to keep the little people in their place. The flag is still there.

God save the Queen? From what? From royal subjects who stood in line for days waiting to see her coffin. For all you royal watchers who need a daily dose of the monarchy. The United Kingdom and the United States, two culprits in the same old bag. Down with the King. It’s all the same side of a flipped coin. They represent the worst part of the world. The one that rules over the masses with slave labor, hate and intolerance.

Civilized nations do this dance. The Ukrainian war, South African diamond mines, the oil reserves of the Middle East. Russian oligarchs, The Arab Emirates, South American despots, the Gaza Strip, Israel, some of the biggest offenders. Eventually, Ken Burns will make a documentary about it, narrated by the gentle but commanding voice of Morgan Freeman. Special guest appearance by Dwayne “the Rock” Johnson. The Holocaust deniers, the climate change deniers, the fake election-deniers too. Maybe the greatest show on earth. Brought to you by the oil industry and the military industrial complex.