Happy Birthday to My Hero

More than just a little brother. 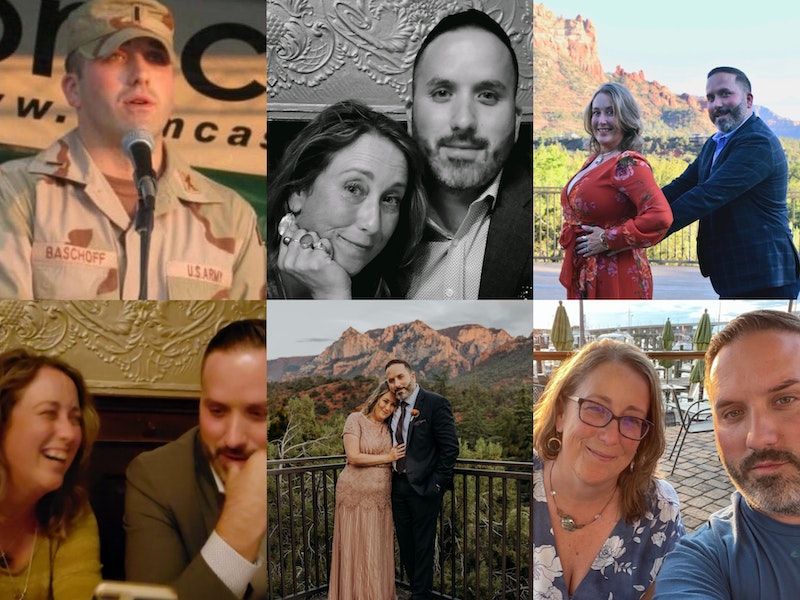 Today is my little brother’s birthday. It’s a big deal, to me, coming from the massively dysfunctional family we were. In a family of six kids and two parents, my little brother is the only one I’m still close to, or essentially even speaking to at this point. I won‘t gaslight myself by saying that’s my fault, when you’re dealing with a family riddled with addiction, religious trauma, poverty and abuse. We survived a lot, those of us who even did. As I’ve written in the past, I’ve lost two siblings—one to suicide and one to a heroin overdose. Another left the family to join some wackadoodle religious cult, we haven’t heard from her in years, and my only other remaining sibling, a brother, stopped speaking to me for an unknown reason. I found a house for my parents to move into so they could be safer than the overpriced, unsafe apartment they rent and they refused to move, yelling at me in the process which reminded me of a childhood full of a lot of yelling, so I give up. John is the family member I care about because he’s really the only one I have.

I was the oldest of the six. John was born when I was 12, and he was the perpetual sweetheart of the family, the youngest until our little sister (who later became our transgender brother who died of the overdose) was born when I was in college. John was the comedian, always making everyone smile with his own infectious smile and jokes. He suffered from migraines as a little kid, I remember seeing him camped out by the toilet because they’d make him sick.

He was still young when I left for college, and even though my parents never sent me a dime to help pay for my education (I was the first in our family to go to college), he’d tape quarters to letters and mail them to me to help pay for my laundry. I’ll never forget those quarters. When he went to college, he went ROTC to pay for it, and after 9/11, George Bush sent him to war as a young kid. Twice he went to Iraq, serving in the Third Infantry of the U.S. Army as a tank commander, returning home a combat veteran with a Bronze Star for his bravery in attempting to save his fellow men when under enemy fire. I wrote letters to him at war and sent care packages.

To this day he jokes about the war history books I’d picked up at a local bookshop and sent, just the kind of thing he wanted to read to take his mind off actually being at war. When he returned home the second time, we’d waited to baptize my son so he could serve as godfather, and I took him to a beach picnic that turned out to be located across from Aberdeen Proving Grounds where, unfortunately, mortars were being fired. “This is wonderful, Mare,” he said.” It’s just like being back In Iraq, all the sand, and being surrounded by explosions.” So maybe I’m not the best wartime sister, but I do love him with all my heart.

After he came home, he started giving what we all affectionately call the “freedom speech,” which, as a much-toned-down and funnier version of the “blanket of freedom that I provide” speech by Jack Nicholson in A Few Good Men, means anytime he wants something, however random, it becomes an opportunity to refer to his heroic military service. Example (when he wants smoked chicken wings on July 4th): “You know what kind of chicken wings they didn’t have in Iraq?” or it’s time to pick the movie and he’s all “Guess which movie I couldn’t watch from the inside of my tank in Iraq?” It’s always silly little things, and it’s always funny.

Whenever Queen’s song “You’re My Best Friend” plays, no matter where either one of us is—the car, a store, we stop what we’re doing and take a photo or a video to record it and send it to each other. It’s our song—I can’t even remember how it started exactly—as a joke, for sure. When he officiated my daughter’s wedding last year in Arizona, she played it for us.

He got a job with Walmart (“I work for Walmart not at Walmart”) when he returned from war, recently promoted to their corporate headquarters in Arkansas, and I hate that he’s moving so far away, but I’m so proud of him, love him more than any of these words can say, and wish him the happiest of birthdays today.