Notes on a found photo. 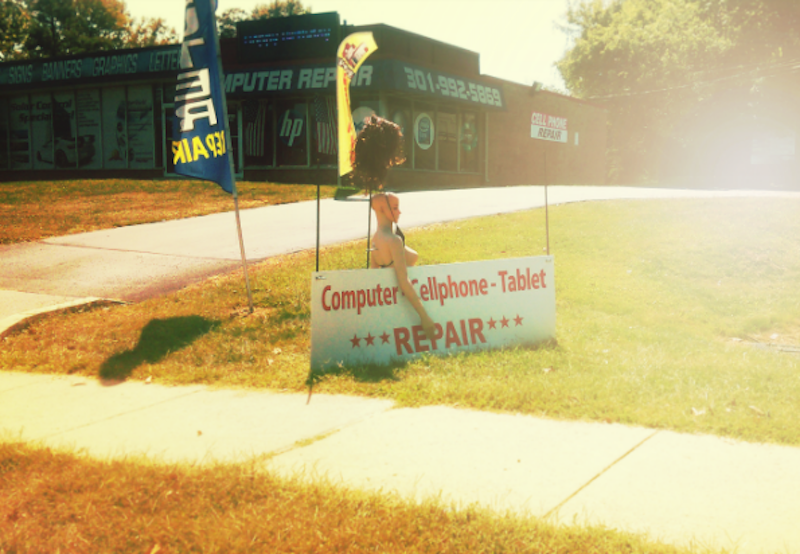 u were holdin the sign by th computr store and your tits was all out,,, i was drivng by and yelled about ur tits and how your hair all blowin away and u smiled. messge me back,,, THOS TITS LOOK GOOD!!

In “The Mannequin Mystique,” a thorough write-up on the history of mannequins for Smithsonian (April, 1991), Per Ola and Emily d’Aulaire recount the story of Cynthia, a 100-pound mannequin crafted by Lester Gaba in 1932. Gaba toted the extravagantly-chic Cynthia around NYC with him, including to the Stork Club and the Metropolitan Opera House, which Alfred Eisenstaedt famously photographed for Life magazine. You can see her alongside Jack Benny in 1938’s Artists and Models Abroad. It’s hard to tell if Gaba’s flamboyancy was more absurdism, like Nerval’s pet lobster, or true love, like James Franco and his Japanese body pillow.

On March 12, 2002, a woman driving on I-405 near Renton, WA caused a multi-car pile-up when she aggressively merged into the HOV lane, cutting off a school bus. Her passenger turned out to be a mannequin, dressed in a suit with a wig and makeup. The woman admitted she frequently used the mannequin to circumvent HOV regulations, and was later ticketed more than $200. “Her passenger wasn’t breathing,” said State Patrol Trooper Monica Hunter, “and that’s one of our requirements.”

Right now, someone is Googling the words “used mannequin.”