Spiders in the Attic

September 11 is the worst day of the year. 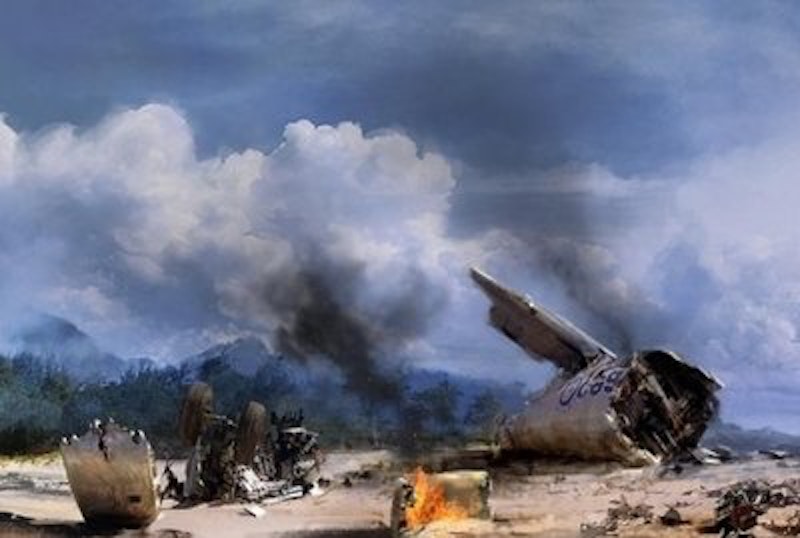 Weirdness, like water, seeks its own level. I’m now officially a Floridian. I’ve got the Florida tag. I’ve got the license. I’m registered to vote. I’ve got 125 cubic feet of shit I’ve been hauling hither and yon in this vast 10-year American odyssey. It was 33 boxes of varying sizes and weights. These boxes were packed at random, in a hurry. Some of them haven’t been opened since I left New York City in 2005. One went missing in the final shipment from Cherry Hill, NJ, to my cabin in the woods in Alachua, Florida, just outside of Gainesville. That one’s under investigation by the shipping company. I’ve no idea what it contains. Seven were soaked in a flood here, an unexpectedly fierce death spasm from the remains of that storm, Erika. The flood completely destroyed about $3,000 of rare occult books, photos of my late wife, some circus photos and memorabilia, and a lot of records of my incarnation as a child actor. Luckily, my wardrobe was spared. I must be well-dressed for the upcoming End of the World.

I’m in Florida to stay; it’s my final destination. I’m picking up a gun next week. It’s September 11 again, and I’m wielding a boxcutter for now. They seem to work. They worked pretty goddamned well 14 years ago. At the circus, we took to calling boxcutters “cockpit keys.”

September 11 is the worst day of the year, worse than Christmas, New Year’s, or St. Patrick’s Day. It’s perfect for opening mysterious un-cataloged boxes from my past. It’s an annual reminder of the abysmal failure of the world’s most expensive military apparatus. I honestly don’t care who did it. What I find most troubling is that nobody got fired. Our celebrated high-maintenance overpriced military was revealed to be utterly dickless that day, roundly and soundly defeated by 19 Arabs with boxcutters directed by a man in a cave in Afghanistan hooked up to a dialysis machine. They slammed a plane right into the Pentagon, just like Luke Fucking Skywalker.

Never before has the utter incompetence and impotence of America’s so-called “Defense” Department been more glaringly displayed. We can lay waste to nations from the air, we’re so fucking dainty about it that we slaughter civilians with flying robots, but we couldn’t defend ourselves against four civilian airliners hijacked by a pack of amateurs with less military training than the Manson Family. I don’t sleep any better at night knowing that at any moment some wacko with a grudge could easily blow up pretty much anything he or she wanted in this country. The infrastructure is collapsing around us, and a few well-selected bridges, tunnels, and dams could make for one hell of an interesting day. I’ve crossed the Hoover Dam many times. Not once has my car been searched.

It isn’t the sense that the incessantly murderous American Empire has a soft white underbelly so much as the obvious proven fact that when it comes to actually defending the country, our military is useless. Our response to 9/11 was the equivalent of the idiot who finds a nest of spiders in the attic and decides to kill them with fire. We all know how that story ends.

Opening these boxes is a complex emotional adventure, a journey through my past. Arthur C. Clarke once said that he was strongly inclined toward the idea of reincarnation, but just couldn’t see the mechanism. I’m very much of the same bent, with the added complexity of having burned my way through several incarnations in this very body that I stumbled into in 1953. I was the dangerously troubled budding pyromaniac serial killer adopted by the Couple From Hell, a moderately successful child actor, a runaway whore and drug dealer, a dedicated anti-war activist and draft-dodger, a heavily credentialed initiate of a couple of notorious quasi-Satanic secret societies, a happily married masochistic slut, a circus roustabout, a Wall Street stockbroker, a geek singer in a joke rock ’n’ roll band, a published polemicist of some repute, a New York City cab driver, Ambience crew (that’s the dressing rooms) with Bill Graham Presents/Live Nation, and now, finally, a well-armed old man in a cabin in the woods in Florida opening windows into my extravagant and lurid Terry Gilliam movie of a past. It’s exciting. It’s like finding a seventh season of Lost.

Slicing into these haphazardly packaged relics with my boxcutter, I came across an 8x10 glossy b&w photograph of Phillipe Petit crossing the gap between the two towers on his illegally rigged wire, August 7, 1974.

When I think of the towers, I think of him first. He owned them that day, and he owns them forever. Violence is a symptom of a lack of imagination. Whatever happened, happened.