You're why I love writing. 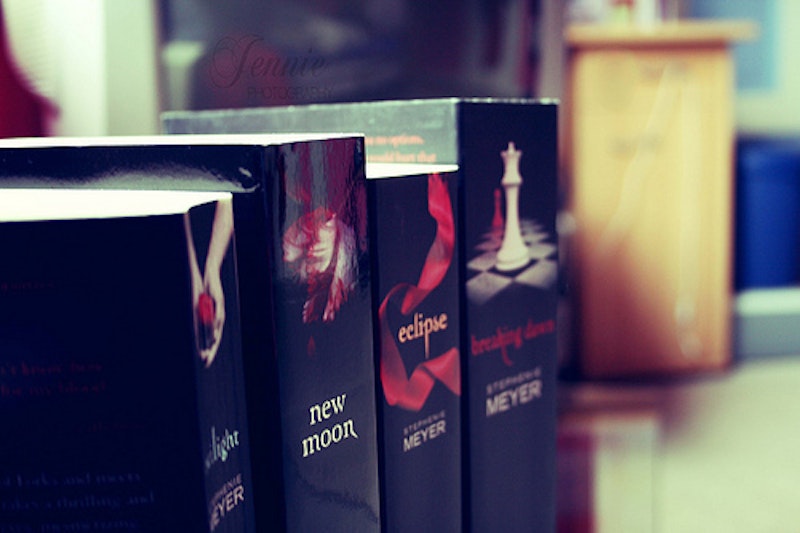 I don’t have many fond memories of middle school. My “emo” phase was just beginning to develop, my glasses were too thin, and the basic concept of brushing your hair seemed foreign. More socially awkward back then, it’s a miracle I managed to make two really good friends who I’m still close with today. I met Rebecca in sixth grade during math class. She sat in the back of the room, and at first I couldn’t stand her. Emma and I have known each other since elementary school, when she caught me standing on the toilet seat stalls of the girl’s bathroom and tattled. I didn’t like her either. Despite my initial dislike, we all became friends.

In seventh grade we all became aware of the book Twilight. I dub the rest of my middle school career as the “Twilight obsessed” phase. We became so engrossed in Twilight that I remember making t-shirts, trying to style my hair like the main characters, and reading fan-fiction on the Internet. None of us could shut up about the books. I was such a connoisseur of all things related to Twilight that I took up writing Twilight fan-fiction. Thankfully, none of those documents exist online, but printed copies exist in the hands of Rebecca. Why she decided to keep such garbage writing is beyond me.

Eventually, I graduated to role-playing on forums. You take on a persona and “act” as them through your writing. When you role-play, you actually interact with other people and their characters. My first original character was named Emerson, and she was a quieter, shyer version of myself. I met a girl who called herself Michelle, and her character Damien was a vampire. We wrote giant walls of text back and forth in character. I stayed up on weekends just so I’d be able to write.

Eventually, I stopped. The forum that I’d been a part of disbanded. I don’t think the website even exists anymore, so all of my writing is gone. My interest in the Twilight fandom quickly disappeared once I entered high school. Any writing that I produced was usually for advanced English courses or research papers. Just like a lot of other phases, I had grown out of writing fan-fiction and role-playing.

I think that my first experience with role-playing piqued my interest in writing. The content was terrible, the grammar horrible, and the purple prose awful, but looking back, I learned a lot. Being able to talk back and forth with another person about your writing is inspiring. Feeding off their energy and their creativity and channeling that into your own writing is a great experience.

Freshman year of college I picked up role-playing again and have made a few really good friends through that. They’re all amazing people, wonderful writers, and fun to interact with. I joke a lot about the fact that I wrote Twilight fan-fiction, and maybe it’s a little embarrassing, but I honestly think it helped. A little.