The Feeling of Hope at Weddings

There's something special about them. 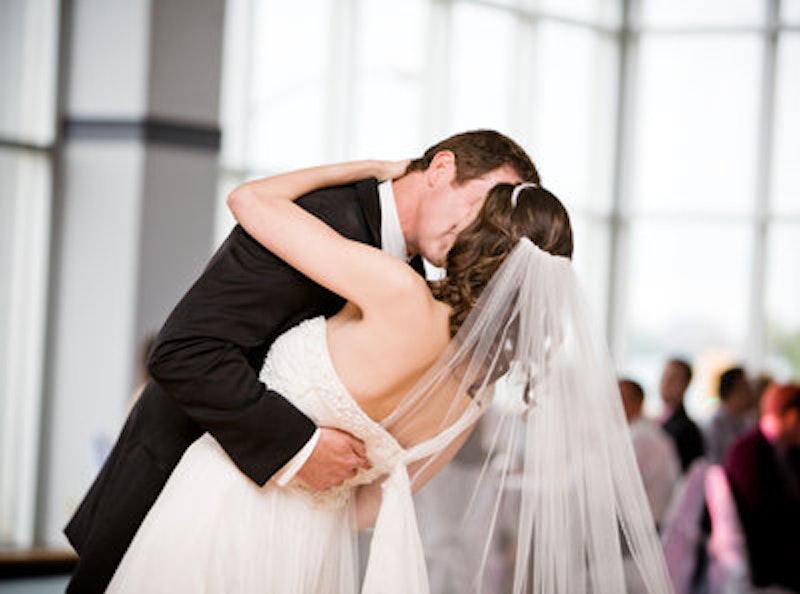 Attendees slipped their gifts into red envelopes that were slipped into large red boxes. Bridesmaids wore dresses of bright, bubblegum pink. The caterers were consummate professionals. Google Maps guided me from Owings Mills to the venue in Hunt Valley, but as it happened I was intimately familiar with the last handful of miles, which—like so many experiences of late—triggered a hailstorm of ghosts and memories: there’s where my favorite high school English teacher lived, there’s where my first girlfriend’s dad lives now, there’s where Mom and I bought a Heavenly Ham. I hadn’t been to a wedding in five years, three years before my own divorce.

After reconnecting with the groom and meeting his bride-to-be at a college reunion earlier in the year, I excitedly accepted the invitation to their wedding. On occasion one encounters couples whose affection for and connection to one another is so thoroughly genuine that you welcome any opportunity to help them celebrate, and this was one of those special instances. When we were in school, the groom lurked at the fringes of my friendship circles, a mysterious, mystical longhair with a mischievous smile and slow-burn wit; he was a decidedly Zen presence I probably didn’t appreciate enough while writing furiously, getting fucked up, and trying and (largely) failing to score. Watching him bounce around the venue—nervous and exhilarated, hairline receding somewhat—made plain how old we’ve all suddenly become; this was a wedding with an open bar where nobody got blackout drunk. Seeing him take the hand of his beautiful new bride to dance reminded me of how lonely he once seemed; their joy was infectious.

Most of the others at my table had been undergraduates with the groom and me. They remained as quiet and unassuming as they’d been in college, and their young children devoured the lion’s share of attention they had to spare, so our exchanges were epigrammatic when they weren’t drowned out entirely by the music, a mélange of instrumental versions of 1980s and 1990s pop hits. A slideshow cycled on repeat: childhood snapshots of the bride and groom as children, together fishing on a boat. My primary conversation partner was the wife of one of the groomsmen, a nursing student who resembles Julie Delpy. It was as easy to share aspects of my mythology and absorb some of hers and to drift into play-by-play as moments of traditional Cantonese wedding ceremony unfolded as it was to admire the strength of her bond with her husband, a friendly, inquisitive guy. There was someone I would have loved to introduce them to, if wishes were horses, but I was the only “single” adult at that table.

The wedding you’re attending somehow becomes every other wedding you’ve ever attended or been involved in or seen via a DVD, because you couldn’t be there, and you flash on the marriages that thrived, the ones that faltered, the ones that failed outright, the ones prayed for, but yet out of reach. This is probably part of why so many people cry at weddings, and why I could feel my own eyes welling up.

“You know what’s really special about weddings?” I murmured to the groomsman’s wife, as the happy couple served tea to one another’s in laws, as smartphone cameras flashed all around them.

“What’s that?” She murmured.

“There’s just so much hope,” I replied.