Up in Phil Klein’s Grill

It’s rare for a journalist to turn down coverage, much less friendly coverage. 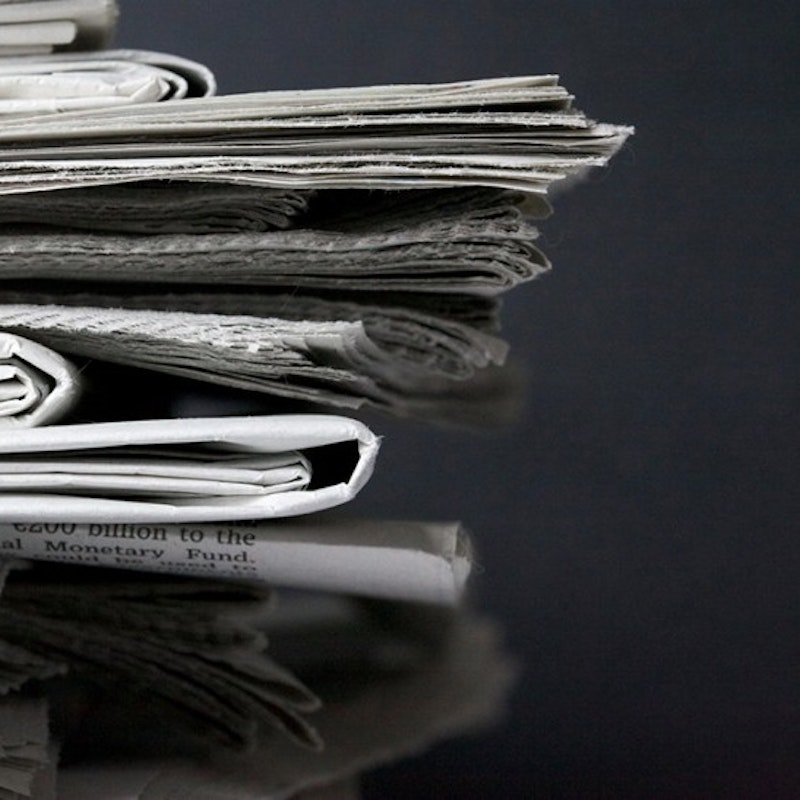 Journalism is a funny business, with plenty of upward and downward mobility. When he worked at the American Spectator, I was Phil Klein’s boss. Then I worked at the Washington Examiner and he called the shots.

Phil was a staff writer. He’d file copy from the campaign trail. I’d correct typos and mistakes and sometimes punch the copy up. This was on my second or third tour at the Spectator. (Of four, I believe.) During my first editorial deployment, I’d been an absolute savage. Boss and mentor Wlady Pleszczynski had me edit a badly-written piece. I cut it in half and re-wrote it. Wlady loved that. Authority was given to me to assign anything to anyone at any time for any reason, and edit them. Eventually, I learned the difference between editing and re-writing.

There weren’t many clashes with Phil in those Spectator years, but two moments were memorable. In one, he described the mood of a Hillary Clinton rally in 2008 as “like a funeral.” I changed it to “funereal.” Please don’t, he pleaded. Why not? “Because I don’t talk like that,” he said. Fair enough. “Like a funeral” was reinstated. The other time, I insisted. The Spectator had one story per day that had a graphic we paid for and had prepared in advance. It was called the “cover story” internally. I wanted a humorous piece on the Bill Richardson campaign called “The Richardson Juggernaut.” Phil didn’t see the point of it, but I said, look, the art is already paid for and we don’t have a Plan B. So he wrote it. Full marks to Phil for turning in a piece that he didn’t really want to write with this opening: “Other candidates may have more money, better organizations, and an actual chance of winning, but Bill Richardson is the only person running for president who is a cross between Woody Allen and Rambo.”

Several years later, between gigs, I got a call from Phil. He was in management at the Washington Examiner and wondered if I’d be willing to do some editing. I ended up as the night and weekend editor for a few years. On nights, there was a dedicated team of me, a producer, and a regular breaking news writer, plus anyone else who decided to drop copy in. There was a convention at the Examiner that you had to “call” stories when you were working on them, so the writer would know it was being handled and other editors would know not to jump in on the backend. You could do that in a straightforward way (“I’ve got this”), but people like to have fun. I started calling stories by writing “ALL UP IN THIS GRILL,” which amused a few people.

Phil was generally hands-off at the Examiner but there was one worthy story that he absolutely insisted on spiking. It was about him. He was not a supporter of Donald Trump. As Phil saw the nomination approaching, he decided to pull the “next stop” chord and get off. He changed his DC registration from Republican to Independent and posted the receipt on Twitter. That seemed newsworthy. Rather than assigning it, I wrote up a short item myself. Normally, it’s better to seek forgiveness than permission, but in this case Phil received notice that the story was happening and a request for a quote. He gave notice back: no it wasn’t happening. So I dropped it, but not before sending him the copy that he’d just spiked. Phil conceded that it was a fine story, but he didn’t want to be the story.

For Phil, switching his registration was not a way of saying, “Look at me over here being a Never Trumper.” Rather, he wanted emotional separation, work on calling political balls and strikes more effectively, engage arguments instead of stirring up drama. How I wish more people would follow his example. Finally, it would lousy of me not to mention that Phil has a new book out called Fear Your Future. It’s about how America’s mixed economy has been rigged against Millennials and why full-blown socialism would make it much worse for them. His book would make for an intelligent topic to fight about during the next presidential election.