Had she given her heart to someone else? 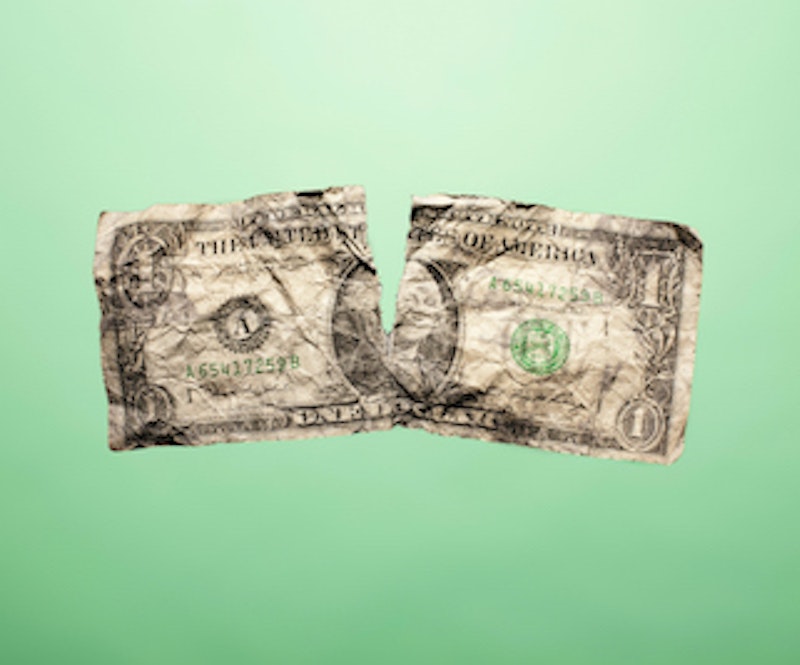 This past August in The New York Times, in its popular “Modern Love” column, my wife of over 35 years recounted the story of a pact we made as college sweethearts in the 1970s. One day after her piece appeared, a reader wrote in expressing an interest in hearing the husband’s version of the story. I thank that reader—here it is.

I was Karen’s first love, as she was mine, and although we thoroughly adored each other, she didn’t think beginners in affairs of the heart should marry the first person out of the gate. They should have the courage to take a break, live a little, meet other people. But after having tested the waters, what if the two former lovers lost each other and their chance at future happiness?

It was Karen’s idea to give us a second chance. We should meet again in five years, in the spring of 1979, when she would be 23 and I’d be 26. We’d meet on the steps of the New York Public Library at four o’clock in the afternoon on the first Sunday of May. To seal the deal, one detail remained. I quote from Karen’s article:  “We wrote our pledge on a dollar bill, tore it in half and gave each other the half we’d written on.”

We made this pact in a Cornell dorm room in the spring of 1974. The fateful breakup came a year later, while I was taking a leave from school. Karen took the opportunity to land a new boyfriend and remained with him after my return to campus. I saw them together only once. They were coming toward me on a path, holding hands, which gave me a shock. So much so that I took in nothing about my rival except his mustache. And of course that hand of his clasped around Karen’s. She dropped his hand when she saw me coming and whispered hello when she passed on my left. Her dropping his hand, I found out later, had caused the boyfriend to throw a fit. For me at the time it provided only a momentary comfort. I knew those two hands would soon be rejoined.

“Forget her, Howie, you’ll meet other girls,” a friend named David assured me heartily on hearing my anguished description of the encounter.

But of course forgetting her was out of the question; I carried her pledge in my brown leather wallet. And as much as I cherished that torn half bill, as time went on and I failed to meet those other girls David predicted, I came to view this piece of paper as part blessing and part curse. To win in love you needed boldness; I’d found this true in winning Karen. But having Karen’s written pledge, trusting I would see her again—wasn’t this making me lazy in love?

“Are you stepping out?” my father would ask during my weekly phone calls home. He knew how distraught I was over Karen, and he wanted to see me back in the mix.

“A little bit,” I always answered, knowing he wasn’t fooled.

These calls with my father were wrenching for me. He’d told me once, when I was a boy, “Right now, Howie, somewhere in the world, is the girl you’ll fall in love with and marry. She’s growing up now just like you, and one day you’ll meet her and that will be it.” He repeated the story from time to time, and it never failed to set me dreaming. I was already falling in love with this person, and when Karen appeared it wasn’t long before I associated her with the girl.

In May of 1976, on graduating with an English degree, I returned home to the Bay Area with aspirations of becoming a writer. I settled in with my parents again and wound up lazier in love than ever. In the time I lived there only once did I bring a woman into the house. Delirious over my first sold article, which had come out only days before, I hit the town (San Francisco) and met a stewardess (as they were then known). Boldness was mine for that one evening. My parents were out of the way for the weekend, and I brought the lady home with me. She stayed the night, and the following morning confessed at breakfast to having a husband. I found myself, in the wake of this exploit, missing Karen more than ever.

I became a bartender, both for the money and for the chance it presented of meeting women; my friend Ross assured me bartenders were lady-magnets. But as long as I lived at home with my parents, I lacked the confidence to take advantage of what were deemed the perks of the trade. Three years passed, or almost three, and my situation remained the same. Shameful, shameful; but extremely comfortable. I paid no rent, the fridge was full, and I had the use of an extra car.

What finally launched me out the door was the rapid approach of my appointment with Karen. It would never do to have to tell her I was staying with my folks for now. I felt the dollar bill itself, with our meeting-date inscribed on its face, giving me the needed push, for once exerting its power for good. I found a room in a flat in the Haight, and I moved in on April 1. Now, with only weeks remaining, I was all set. When the question came up, as it surely would, I could answer nonchalantly, “I’ve got a place on Stanyan Street.”

I had little doubt she’d be on the steps. My dread was more the reception I’d get. Had she given her heart to someone else? Was she still involved with the mustache man? I dreaded finding a different person from the English major I’d known at school in white carpenter overalls and plaid flannel shirts. I dreaded finding a sophisticate who would look down her nose now at a bartender struggling to make his way as a writer. She’d gone over to the business world, I’d heard through the grapevine.

I booked a 10-day trip to New York. I was going there for a single purpose, which required only a day of my time, but to go for only a day and a night would surely have aroused my parents’ suspicions. My parents aside, I wanted a few extra days anyway, in which to see old friends, roam the bookstores, and go to shows. I saw it as a way of hedging my bets. If my meeting with Karen proved a fiasco, I’d at least get something out of my visit.

I was the first to show on the steps. As I scanned the area, trying to keep calm, it was Karen’s suede jacket I recognized first—a rust-dyed cowhide shaped to her body. My heart gave a leap when I spotted that relic, which dated back to her freshman year. “Yes, it’s me, the same old Karen,” she seemed to be saying, speaking through her jacket.

I remember it all quite vividly still. We hugged and sat right down on the steps, flank to flank, our knees drawn up. She slipped a warm hand under mine and moved it onto the folds of her jacket; her other hand shot out and covered it with a caress. I felt transported by the touch of her fingers and the smell of her body pressed up against me. I knew that smell, which I thought of as her, and snuffed it up with greedy delight. My joy was like a bubble around me, and as long as I was with her that day, I had the feeling nothing could touch me, that I was invincible.

I rate that day as the greatest in my life, greater even (if not by much) than our wedding day four years later. I say this, and yet I sometimes wonder if I wasn’t duped into Karen’s scheme. Did I really want to have adventures if it meant breaking up with her? It occurs to me now that in this matter Karen and I had switched roles—that I was like the traditional girl and she was like the traditional guy. Given my freedom, what did I do with it but wait out the time in my parents’ split-level? Like Catherine Sloper awaiting the return of Morris Townsend in Washington Square. Yes, I was poor Catherine sighing in her bedroom, pining away for the absent Morris.

It used to be said that girls went to college for the single purpose of finding a husband. But couldn’t the same be said of me? The classes, the studying, the diploma at the end—finally, weren’t they all just covers for finding the girl in my father’s story?

Our dollar bill, taped back together, now looks out from a glassed-in frame amid the clutter on top of my dresser. Wanting a fresh look at it in preparation for writing this piece, I dusted it off, put on my readers, and brought it into the light by the window. Where Karen tore it, you can still see the fissure cutting down through Washington’s side curls and between the words ONE DOLLAR at the bottom. “My” old half, as I think of it now—the half I used to keep in my wallet, written over with Karen’s pledge—is the slightly smaller one on the left.

As I stared at this half with my elderly eyes, I couldn’t resolve my feelings about it. Did I owe this scrap (not three inches square) my everlasting happiness? But I couldn’t forget my miserable 20s, when this same scrap, like something malign, seemed to hold me back from life.

And then, still undecided about it, like Catherine Sloper I broke into sobs.