The line of all the pages in all the copies of Lucky is equal to the distance between San Francisco and Syracuse. 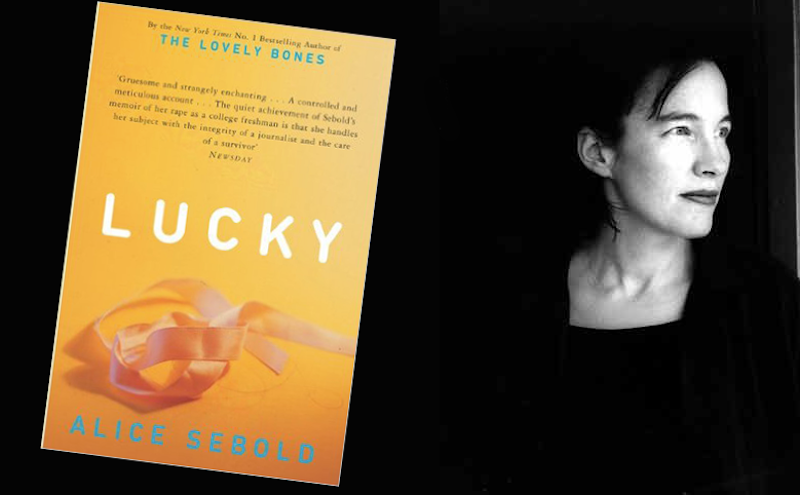 The longest bill of sale bears the cries of the wolf whistle and the train whistle, of the rattle of chains and the sound of the chain gang, of the terror of the night riders and of proof through a long nightmare of servitude and shame, ending in the Salt City of Syracuse, New York.

The bill is also a chattel record of bondage, bearing royalties for Alice Sebold and misery for the victim of her testimony.

The bill is the story of the unluckiest black man in Syracuse, because Sebold’s memoir, Lucky, repays crimes against her body with testimony sufficient for the state to seize the body of an innocent man: delivering Anthony Broadwater (in chains) from the hub of abolition to the abolishment of freedom; delivering him from the city of laws to the wall city of violent criminals; delivering him home (after 16 years) as a pariah, and a registered sex offender.

Now, with his conviction overturned and his innocence established, and with apologies from the prosecution, the bill to Sebold comes due. She owes Broadwater recompense greater than her blog post of an “apology,” because the afterword to the 2017 edition of Lucky puts the lie to her search for truth; thus revealing the truth of the passion of the prisoner’s words, for the Gospel according to Cool Hand Luke says, in response to the beneficence of the Captain (Strother Martin):

I wish you'd stop being so good to me, Captain.

The line follows the pounding of rivets, like the hammering of nails, before the blackjack strikes its blow. The line draws the wrath of the Captain, erasing the line between words of charity and acts of malice. The line transcends not only time and place but also reminds black men to know their place: to neither speak to, nor smile at, a white woman; and to never scorn the hypocrisy of liberals.

Cursed is the man who forgets this line, or attempts to cross the line between the heights—the Pacific Heights—of Sebold’s wealth and the depths of Broadwater’s poverty.

The line is in the eyes of Luke (Paul Newman), bright and blue with tears, speaking to us—and pleading with us—so we may see that justice is not blind, because the Man with No Eyes (Morgan Woodward) is evil.

The line of all the pages in all the copies of Lucky is equal to the distance between San Francisco and Syracuse, stretching from the Victorian houses where Sebold lives to the ramshackle Victorian where Broadwater struggles to survive.

The line is a money trail of lies, with plaudits from Newsday, Elle, and Vogue.

The lines are the property of Alice Sebold, including the ones in which she name-drops the Brothers Wolff (Tobias and Geoffrey). She changes some of the names in Lucky, but publicizes Tobias’s name and has Geoffrey publicize her book.

The lines run toward the sounds of night until Sebold has the predator in her sights.

She flushes him out, in time with the flash, shooting the mockingbird dead.