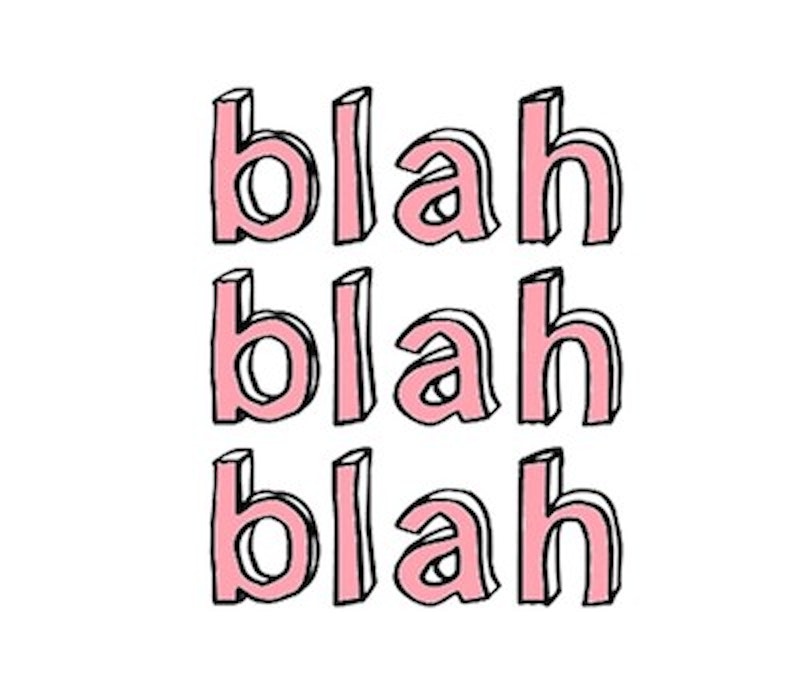 People who enjoy politicizing language, I’ve long suspected, aren’t trying to ban or permanently redefine words. They mainly want to keep the redefinitions—and the purported hidden connotations—continually shifting, so that you can never make a clear, firm, honest statement without the “wrong answer” buzzer sounding and forcing you to reword things yet again.

While you’re fumbling around trying to be polite or intellectually respectable, the lexicon-keepers denounce you in whatever language they like. Then they offer their own program for society, untainted by verbal transgressions. What a bunch of jerks.

This year has seen numerous perfectly respectable words warped to the point that it’s probably not worth trying to use them after this.

“Boomers,” until now an age cohort, with all the good and bad things a vast cohort entails, are at this point an insult/joke term barely worth trying to rehabilitate, at least online, and ironically one often meant to imply “stodgy and conservative,” a fate never meant to befall that age group. I don’t recommend they all despair and kill themselves (nor retaliate by trying to turn “Millennial” into an insult, likely sparking a meme war the Boomers can’t win), but, like the individualists many of them are, they should probably emphasize other self-labels for the time being such as “engineer,” “former hippie,” and “richest person on this block.”

My own generation, X, almost managed to duck the whole conflict like a cartoon character whose two enemies shoot each other by accident, but, alas, some have been calling us “the Karen generation,” reports briefly alleged. Not since the millennials borrowed a completely unnecessary form of British bigotry and started using “gingers” as an insult has more damage been done to the social fabric.

“Whistleblower,” whatever you may think of Trump, has plainly been coopted at the behest of the intelligence agencies to mean “one of our own heroic employees” instead of “anarchist loner leaking to fight the establishment” or whatever connotations it had back when good people were rooting for the likes of Snowden and Assange. We should’ve seen this jiu-jitsu-like move coming.

“Conspiracy theorist,” after all, was consciously turned into an epithet about as dismissive as “paranoid schizophrenic” almost overnight 50 years ago by the crafty bastards at the intelligence agencies, largely to silence critics of the Warren Commission Report about JFK’s death, though plainly it’s an epithet they can deploy as part of the clean-up in all sorts of situations.

“Democratic institutions,” while we’re at it, has come to mean those same intelligence agencies, at least in the writings of many centrist/establishment pundits lately, despite you thinking it meant out-in-the-open mechanisms for popular sovereignty and limited government, such as the Constitution. No wonder you get the uneasy feeling, as impeachment nears, that the intelligence agencies are champing at the bit to come out from behind elected officials and rule openly and directly at last. That would arguably be a step in the direction of transparency, I suppose, and might save them an awful lot of effort.

Meanwhile, “anti-racists,” needless to say, are largely these days a bunch of racist, illiberal, intolerant monsters, but they dislike straight white males, as opposed to minorities, so we’re gonna cede that positive-sounding descriptor to them anyway (straight white males are only a third of the population, and thus technically a minority, but I’ve no special interest in defending them, just individualism, so best to keep steering clear of those battles whenever possible).

With the term “climate reparations,” by the way, it looks like they’re getting closer to popularizing one awkward phrase that fuses two of their favorite crusades. It will still yield bad policy.

“Corruption” is all the terrible stuff the other party or nation is doing.

“Dual loyalties” is an accusation employed only as an anti-Semitic, anti-Israel smear—unless you’re spending about two years deploying the accusation against people you think secretly serve Russia, in which case it’s fine. (Sidenote: polls currently suggest impeachment is boosting Trump’s popularity in a few moderate swing states, so it’s fair to conclude the impeachers are working for Russia.)

“Can’t explain” is the bureaucratic euphemism for “caught redhanded,” as in the case of the Sandy Hook healthworkers’ union that “can’t explain” where over $100,000 in donations to first-responders there went. (And they wonder why people lack trust.)

The military, which gave us “collateral damage” as a euphemism for dead civilians and thereby made war seem more palatable, might consider getting a bit more cautious and less creative with all its misdirections and weasel-words after this month’s document dump revealing they lied their way through two decades of the Afghanistan war to make it sound as if it’s winnable. In the future, ask for no military deployments and they’ll tell us no lies.

And speaking of people using different vocabulary, I should note that after my last column, psychologist Jonathan Haidt tweeted to me to note that one new study this month seems to affirm his famous finding that leftists and rightists use different basic moral language and somewhat different moral intuitions, despite a few studies having failed to replicate that finding. In any case, I root for people to succeed in talking to each other, and I’m glad Haidt encourages that civil outcome. Someone has to.