Hitler Was Not a Christian

Although he posed as one for propaganda purposes. 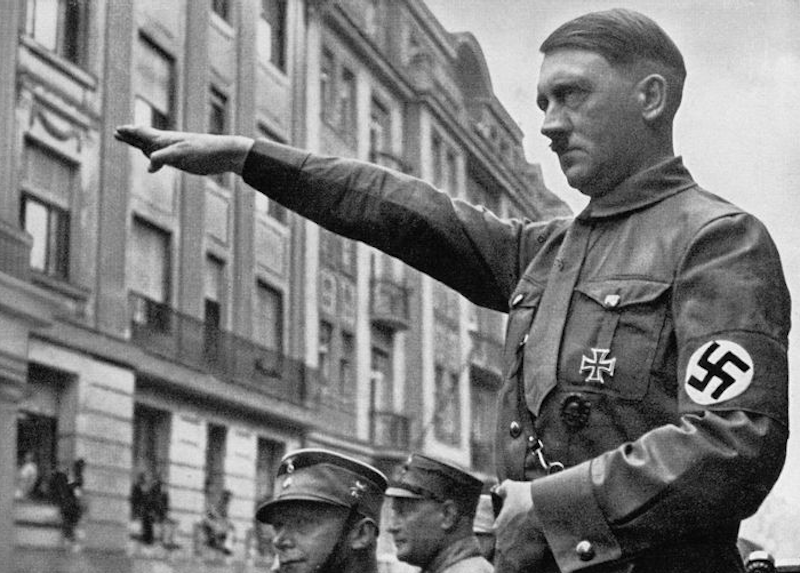 Adolf Hitler was not a Christian. The German dictator was a pantheist. That’s the argument put forward by the new book Hitler’s Religion: the Twisted Beliefs That Drove the Third Reich by Richard Weikart, published by Regnery. The book comes along at a good time, offering penetrating research in a milieu where everyone from the alt-right to Black Lives Matter is accused of being Hitler. The Fuhrer is the go-to intellectual comfort food for lazy, virtue-signaling hacks.

“Pantheism is the idea that all of nature is God,” Weikart, a history professor at California State University, explained to me in a recent interview. “Because Hitler thought that nature was God, he thought that following the laws of nature was doing the divine will.”

In the Judeo-Christian tradition, nature is a creation of God, not God himself. According to Weikart, Hitler believed that God was found in the power of nature, particularly the violent Darwinian struggle for survival. “Hitler thought that destroying people he thought as weak or inferior was in perfect accordance with what nature does,” Weikart says. “After all, in nature, animals get killed, and certain species go extinct. Hitler thought the same thing should go on in human society because he thought certain races were inferior to others, so he thought destroying them was a good thing.” This kind of ruthless theology can be found on both extremes of modern politics, from the laissez-faire survival-of-the fittest rants of free market conservatives to the abortion on demand evil of the left (there’s also alt-right maestro Richard Spencer’s sickening pro-abortion musings).

Discerning Hitler’s religion is a complicated task. The German dictator often spoke about what religious beliefs he didn’t believe in, but never clearly stated which ones he did. He rejected Christianity but also atheism, mysticism, occultism, and neo-paganism. Hitler would often publicly claim to be Christian, even saying in 1922, “My feelings as a Christian points me to my Lord and Savior as a fighter.” Yet he also said the following: “The Christian-Jewish pestilence is surely approaching its end now. It is simply dreadful, that a religions even been possible, that literally eats its God in Holy Communion.”

Hitler’s Religion reveals pantheism was an idea that was popular in the culture of Austria and Germany in the decades leading up to and in the years following Hitler’s birth in 1889. It was part of the Romantic movement that arose in the 18th century as a reaction to the Enlightenment. “Pantheism is an open secret in Germany,” poet Henrich Heine wrote in 1835.

While admitting that Hitler never came out and declared himself a pantheist, Weikart argues that the German leader “fit most comfortably” in a scientific and materialistic view of pantheism, and often referred to nature as God and vice versa. To Hitler, says Weikart, “Evil and sin was anything that produced biological degeneration.”