We've come a long way since poking mastodons with pointy sticks for supper. 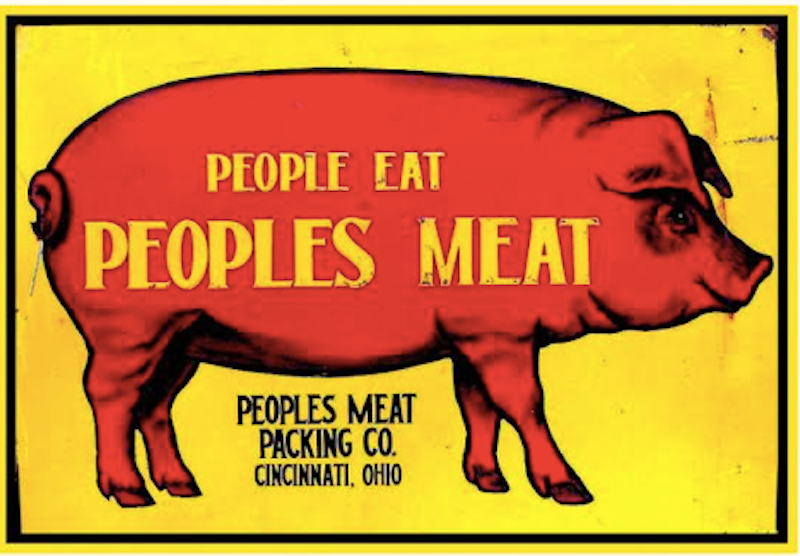 I often feel a twinge of sadness driving past a smashed critter left for dead by the roadside. The slaughterhouses, the friendly local butcher, or trophies killed by hunters and poachers for sport and photo-ops are tragicomedy. At best, a necessity for survival. At its worst, a review’s in order. We must eat. You may live a healthy lifestyle as a vegan. A vegetarian diet could be beneficial, but I find it hard to believe civilization survived this far if our cave-dwelling ancestors dined exclusively on nuts, berries, dirt, roots, and twigs.

Our hunter-gatherer ancestors were the backbone of prehistoric dining. We've come a long way since poking mastodons with pointy sticks for supper. Add the discovery of fire that sparked today's cuisine. There's no need to eat it raw. The backyard BBQ grill is perfection for carnivorous cooks. Sure, if you hit a deer while driving down a dark country road, you could pull over and throw the still-warm carcass in your car trunk to skin and carve up later at home. But how many people do that? Enough that someone published a cookbook on preparing fresh roadkill, thoughtful recipes for modern families on the go. If the supply chain dwindles to food shortages, it may come in handy.

I've yet to indulge. Eating roadkill isn’t necessarily a good idea. My wife and I once pulled over on Route 40 to cut the tail off of a recently deceased red fox. It didn't come off quickly with my pocket knife, but we managed to remove it from the fox's butt. I salted the end to cure the exposed flesh and left the furry thing to dry and cure on my porch. The following day, it was covered with flies and smelled terrible. So much for the pioneer spirit. The Hunger, by Knut Hamsun, a weird novel, touches on starvation and its resulting insanity, driving the character to consider eating his finger or peeling the flesh from his arm and roasting it. He almost ate the pencil he was using to write his story.

Televangelist Pastor Rick Wiles of TruNews.com revealed a sickening plot against humanity. Laboratory-produced meatless meat, laced with chemical additives, alters human DNA, so people are no longer human and hence no longer capable of salvation. This fake meat is the handiwork of the devil. Remember this the next time you order a veggie burger. Lucifer is the new meat purveyor of our souls. So much for the impossible hamburger. Even standard fast-food burgers are a toxic mix of meat by-products more suited for dog food.

I'm a diehard meat and potatoes man. I also indulge in heart-clogging meat variations, like sausage and thick-cut pepper bacon. Occasionally, I'll dig into some fried pork belly, pork spare ribs, or a hot dog. However, I've never cared for fried pork rinds or churros, head cheese, blood pudding, brains, hearts, tongues, livers, intestines, testicles, or other organs. I enjoy liverwurst. With a slice of onion and some spicy mustard, it takes me back to brown-bag school lunch days, when mon ran out of peanut butter or tuna fish.

I have an old friend who loves fried chicken gizzards. He’d buy a big greasy bag from the long-gone Maryland Square Restaurant on Franklin St. in Baltimore. Not exactly the hub of haute cuisine, Maryland Square was a regular haunt. Cheap diner-style restaurant with working-class people, retirees, drunks, and druggies. We fit right in. Menu items like Salisbury steak and creamed chipped beef, scrapple, fried chicken, and sausage gravy were choices on the breakfast, lunch, dinner rotation.

Vegans are like Christians who condemn meat-eaters as unclean. That's fine with me. Would you mind not proselytizing folks for what they put in their mouth? Meat is murder, no doubt, but you can't have your meat and eat it too. I'm not even going to get into seafood choices. Do carrots scream when you cut them? Do lettuce and tomato blush when putting them on your tofu sandwich?

It's the Soylent Green syndrome mash-up with brain-eating zombies and head-hunting cannibals mixed in. A pet peeve is people who order steaks and even burgers cooked well-done. They don't want to see any blood oozing out of their meat. It's sacrilege to grill a burger until it resembles a burnt hockey puck. Eating well-done steaks is like chewing shoe leather, and then they pour ketchup all over it. It’s Inedible. But if it tastes good to you, then shut up and eat it.