Driving across the country for the first time and feeling solidarity with people who you'll never know or meet. 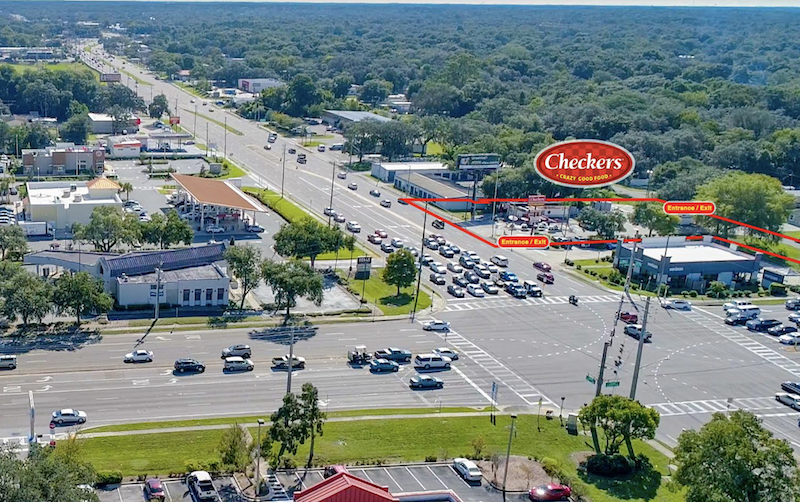 I never thought I’d drive across America. It seemed like such an impossible endeavor. As I write this, my husband, our son, and I have driven almost 3000 miles, we’ve stayed in a variety of hotels, motels, and have visited family in Arizona. It was a nice reprieve from hotels but mostly, I was taken by the family’s hospitality and felt gratitude for the opportunity to meet outside of the world of social media.

There will be many more reflections on this journey. The most immediate and palpable one is the juxtaposition of the embodied and digital world. I’ve written on many occasions, especially for Splice Today, about the harms, stupidities, and inanities of Twitter. After all, it’s clear that Twitter is mostly a stinky landfill that people are rummaging through and dumping their own garbage.

As we drove through New York, Ohio, Kentucky, and Tennessee, I noticed something changing in me. The illusory tether to the social media that I felt before the trip began to dissipate. I realized that my dependence on it was bigger than I thought. Perhaps that was the reason why I complained about it so much, and have tried to express to others why it mostly acts as an emptying agent for the continued alienation. I’ve urged many times to shatter the screen that refuses to show the illumination of human life.

Being on the road doesn’t allow for much time to peruse the internet, except for places to stay. We didn’t make any reservations along the way, but having an idea of where a hotel might be in a state that’s unfamiliar to you is useful. Then, there are the pit stops. Is this gas station okay? Are there any sandwiches that’re edible? You try not to go for a grease fix that you’ll later regret. You move through dingy gas stations as quickly as possible, avoid the looks of suspecting and forbidding gas station owners, and hold your nose if the bathroom looks like an outhouse. You get used to asking your five-year-old whether he has to pee, or even worse, poop.

We stopped at one of the rest areas, and a woman was begging her toddler girl to pee and poop. It wasn’t working. “I don’t have to pee,” insisted the girl. “Why don’t you try?” asked the mother. She began to lose patience but she also tried to remain warm toward her daughter. “You’ll have to put your diaper on if you’re not going to go to the bathroom,” said the mother as authoritatively as possible. You could tell she was exasperated by the trip, yet by sheer will power, she remained kind to her daughter who was getting more pouty by the minute. “I’m a big girl,” she says. “I don’t need a diaper.” Any parent knows what happens when a toddler tries to assert his or her independence. It always comes at the worst moment.

I felt a sense of solidarity and familiarity, and a connection to a woman I’ve never met, and never will meet. People’s faces, angry, frustrated, kind, happy, or expressionless go beyond the screens we’ve become addicted to. You can live your life through the screen and miss every aspect of human life. The insight into the human soul and the possibility of seeing something more (even if it’s the shallowness of a person) is far greater in an embodied world, free of zeros and ones, data, codes, and algorithms.

We become who we are: vulnerable in front of others because there’s no way to hide, or at least, no way to turn off somebody by blocking them. We’re simply in front of each other, just as we are, and the faces demand attention. The face is immediate and doesn’t take no for an answer. The face is free of digitization even when a person’s walking through the grimy parking lot staring at their phone. There is a way to shatter the screen. The choice is ours, and we’re only enslaved if we let the masters force an illusion of life onto us.