A Photograph and a Memory

How we become who we are. 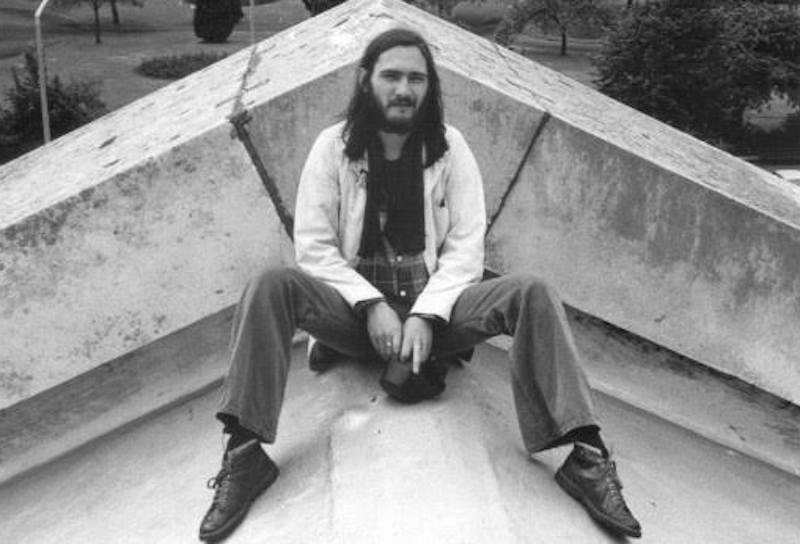 I was born on June 16th, 1953 in the great industrial city of Birmingham in the West Midlands in the UK. I had a very happy childhood, and went to University in Cardiff, South Wales, to study English Literature in 1971. The photograph above was taken about two years later, in my early 20s. I’m sitting on the roof of Cardiff University main building overlooking the concourse in the center of town, within walking distance of the Arts Block building and the Art Gallery & Museum. In order to get to the roof I’ve had to climb through an open window from a corridor on the second floor. It’s strictly out of bounds and I’m very nervous.

I’m wearing a white linen jacket with a red and green felt flower in the lapel. Around my neck is a green scarf on which is embroidered a racing greyhound. I have on monkey boots and brushed cotton loon pants. My hair is long and, as yet, without any sign of gray. I thought I cut a dashing character, colorful and flamboyant, though really it was a disguise to cover up my shyness.

I’m clutching a camera case. The camera belongs to my friend Lois who took the photograph. Later that year Lois and I were married. It was a marriage of convenience. Lois, from Zimbabwe, needed a British passport in order to stay in the country. I agreed and it’s a measure of the time, and of my attitude, that the reason I gave for the marriage was so we could throw a party.

Lois and I are still very good friends.

There’s one curious anomaly in the photograph: that ring on my right hand middle finger. You can see it more clearly when the photograph is enlarged. It looks distinctly out of place since, in my own mind, I’m not the sort of person who ever wears a ring. It has taken looking at the photograph for me to remember it.

It was given to me by my parents to mark my 18th birthday, which means that by this time I’d been wearing it for at least two years. It’s a gold signet ring. I remember my grandfather wearing a similar ring when I was a child, but, up until this moment, I had no memory of me wearing one.

That ring marks a change. At some point I must’ve taken it off. There was a decision involved. Before that I was the sort of person who might wear a ring, like I might wear a scarf with a racing greyhound embroidered upon it, or a white linen jacket with a felt flower in the lapel. After that I became the sort of person who never wears a ring. I was fixing my character, tethering it like a boat to a dock, in order to secure it.

In fact over the years I’ve not just tethered my character, I’ve built the dock around it.

This is how we become who we are. Year by year, we build the structures that define us, in repeated patterns of behavior. We grind them into our souls. We say, “This is me, this is mine,” referring to our habits of thought, our likes and dislikes. We define our tastes. We weigh ourselves down with opinions and anchor ourselves with beliefs. We start to say we know who we are.

I look at that young man on a roof outside Cardiff University library, and I remember some things about him. I remember how nervous he was that day. I remember his friends and where he lived and how he spent his days. He smoked a lot of cannabis and read a lot of books. He was searching for something, something hazy and ill-defined. For his character, perhaps.

And then one day he took his ring off and he thought, “I’m not the sort of person who ever wears a ring.”

And he's been building on that moment ever since.